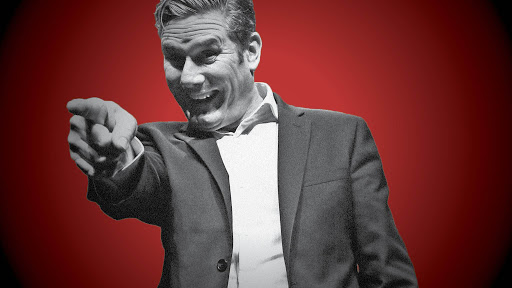 As we look at Keir Starmer’s first weeks in leadership, it seems to many that there has
been something of a shift from the promised agenda to make Party unity his primary objective. For example, some of his appointments, especially of junior ministers, looked almost as though made in order to provoke a negative reaction from those who supported Corbyn’s leadership. In particular, it was disappointing that he appointed PLP members who had not only relentlessly briefed against the leadership, including during election campaigns, but had also been personally abusive to and about fellow MPs and Labour ‘grassroot’ members.

Another cause for concern has been Sir Keir’s refusal to name the majority of his
leadership donors until most of the members had cast their leadership votes.
An update of the Parliamentary Register of Financial Interests on 30th March, whilst not providing the whole picture, does allow more clarity. At that point, the list of individual donors of £5,000 or more read as follows:

Robert Latham – £100,000
Robert Latham is a retired barrister and former colleague of Sir Keir. He is one of the two individual donors whom Sir Keir had already named.
This announcement prompted a letter to the independent London newspaper, West End
Extra, under the title, “Belief in the betterment of society seems to have gone”
“I SAW lawyer Robert Latham “donated” £100,000 to Sir Keir Starmer’s bid for the Labour
leadership, (Looking back with Starmer man Bob, March 12). Well, I am not surprised that the ‘lawyers’ wing of the Labour Party has closed ranks to
seize power. I wish I had a spare £100K to “assist” a friend’s leadership bid.

The UK political scene is getting like the USA where the biggest spenders, donators and affluent seem to get elected to high office, as witnessed in the current Conservative government.

“Political ideology and aims with a belief in the betterment of society for its people seem to have moved aside for the biggest donors and ambitious power-hungry with democracy becoming irrelevant.”
http://westendextra.com/article/belief-in-the-betterment-of-society-seems-to-have-gone

Robert Latham has been outspokenly anti-Corbyn and is an admirer of Tony Blair.

Perhaps more worrying for those who were critical of Tony Blair’s relationship with the
mainstream media will be the revelation of substantial donations by an influential media figure.

Clive Hollick – £25,000
The media-related backer is Clive Hollick.
Starting his career as a merchant banker/moneybroker, Hollick subsequently turned his attention to the media sector to rescue the banking group of which he was CEO, which was failing because of the secondary banking crisis in 1973/74. The group, re-named Mills and Allen, thrived, expanding to cover areas across the media spectrum.
Following a merger in 1996, Hollick became CEO of United Newspapers, publishers of
The Express. Once Hollick was in charge, the paper changed its historic political
allegiance to the Conservative Party, instead choosing to wholeheartedly back Tony Blair’s New Labour.
After retiring from the media group, Hollick became a managing partner in the private
equity company, Kohlberg Kravis Roberts. He has held a number of other directorships, including at Hambros Bank, investment bank GP Bullhound and he is a member of Jeffries Bank’s Global Senior Advisory Board.
At one point, he served as a special advisor to Peter Mandelson and was a founding
member of what was reported to be Tony Blair’s favourite think tank, the IPPR.
https://en.wikipedia.org/wiki/Clive_Hollick,_Baron_Hollick

Martin Clarke – £25,000
The second backer is Martin Clarke. Finance boss of AA, in 2015 he declared Jeremy Corbyn would be a disaster if he were elected leader and went on to quit Labour to join the anti Brexit party Change

Sonny Leong CBE – £5,000
Sonny Leong was executive of a membership group called the 1000 Club, which was exposed in an article in The Times in November 2002 . “Internal Labour documents reveal that the party is receiving a steady income from the 250
well-connected donors whose names have never appeared on a public register of political donations. They are members of Labour’s 1,000 Club, a fundraising body that offers privileged access to leading government figures in return for an annual gift of £1,000 or more. Tony Blair regularly attends the club’s functions. The list, obtained last week, includes a number of leading professionals and civil servants. Some have been promoted to senior positions on quangos, others are members of the judiciary and several have
received honours. The club’s members include an assortment of property developers, lobbyists and businessmen who are keen to mix in government circles.”
https://www.thetimes.co.uk/article/named-labours-secret-club-donors-gsw0m8hdtjc

Lady Katharine Gavron – £5,000
Lady Katherine Gavin is the widow of British printing millionaire Baron Gavron, who was also a funder of Tony Blair’s Labour Leader office fund, donating £500,000 to New Labour in 1997. Baron Gavron has been described as part of the ‘Blairite Aristocracy’, having been
appointed as a life peer in 1997. He died in 2015, with a personal wealth estimated at £40 million. Baron Gavron was very much a ‘self-made’ man, starting his St Ives Printing Group with a loan of £5,000 and growing it to a value estimated between £350million and £400million by the time of his retirement from the company. He was also Chairman of the Guardian Group and held other directorships. There can be no doubt of Baron Gavron’s idealogical commitment to reducing inequality and his ‘quiet’ approach to philanthropy is admirable. Equally, though, it is very much specifically the New Labour approach that he
backed. Baron Gavin has been credited with persuading Blair not to reverse Tory trade union legislation and he was Treasure of the IPPR think tank mentioned earlier.
https://www.theguardian.com/media/2015/feb/08/lord-gavron

Stephen Kinsella – £5,000
Stephen Kinsella is a current Conservative Government Advisor with the title of Chief Land and Development Officer.
“Stephen is experienced in delivering major housing developments on public land
nationally, having spent the last 11 years as the growth and partnerships director of Barratt Developments. He led the significant growth of the company’s partnerships with the public sector, generating a large portfolio of developments comprising around 27,000 homes and a gross development value of over £6 billion.”
https://www.gov.uk/government/people/stephen-kinsella

Richard Hermer – £5,000
Richard Hermer is the third barrister on the list. He is a director-trustee of the Harbour
Foundation, a trust with holdings of around £20million which awards grants, including to individuals & organisations helping displaced persons.

It is not suggested that any of the above donors has anything but (what they see as) the best intentions for the Party. What is certain, however, is that the revelation of this list of donors at an early stage of the leadership election campaign would have raised questions for members, especially those committed to the policy programme of the previous leader, as to the extent to which Sir Keir’s stated ‘direction of travel’ during the campaign was credible.
Whatever one’s political ideology, it is valid to ask whether it might have been more
honourable for Sir Keir to have been open about this list of backers at an earlier stage – and certainly when that request was specifically made of him. 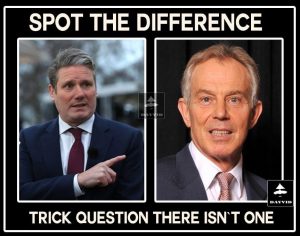