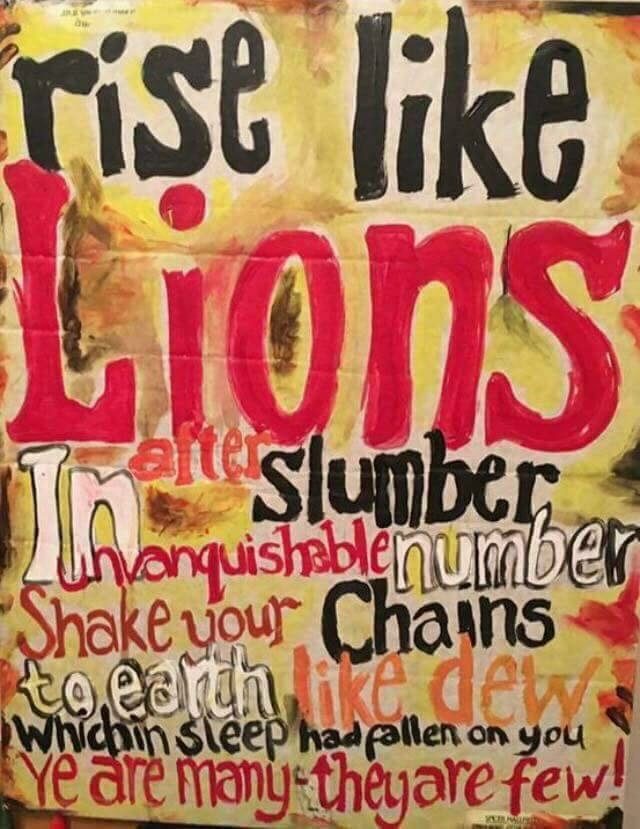 What Needs To Be Done?

Democracy is essentially a contract between the governed and the governing. We, the governed, grant the governing, certain powers in return for certain securities. The most important of these, and the fundamental basis for this contract is that the government provide access to the basic essentials of life; food, shelter, education and healthcare.

Over the lifetime of the current Tory government and their implementation of “austerity” (remembering that numerous economic experts have repeatedly said that “austerity” is a political choice not an economic necessity) the increased use of food banks, and the visible proliferation of homeless on our streets, the running down of our national assets, such as the NHS, in the hope of privatisation, it is clear that democracy is failing and that this contract is broken.

The Tories neither care for, nor are concerned at the failure of the democratic contract with the people of this land. Their ONLY concern is to secure the reins of power by any means necessary. They lie and they cheat. (Don’t ever forget #ToryElectionFraud). They attempt to manipulate us with the connivance of a MSM desperate to cling to their own power, which is threatened by people’s ability to fact-check and the “New Media”, such as The Canary and indeed, UnityNews.

A broken contract means there is no longer a contract….so do we revolt? Man the barricades, throw off our shackles, our chains and storm the corridors of power? Much as I would love to advocate for a socialist revolution, the British people have rarely “risen up”, and even less often successfully. Therefore I advocate, unity. Unity of purpose. Unity of hope. Unity of opportunity. ALL dissenting voices joined together, speaking with ONE voice, against the elites, against the power of the 1%, but most of all FOR those at the bottom. We cannot only offer opposition but offer a different way. A positive way of moving forward together, as one, bringing the country closer together not driving a thick wedge between the richer and the poorer.

Last year’s election, the Tory turmoil over Brexit, and their loss to scandal of 3 cabinet ministers in 2 months, show that they are broken and they are beatable. We must join together to tear them down. We must join together to write a New Democratic contract. One where those four basic essentials of life are enshrined at its heart and at the core of everything a government does. One where power provides a chance to enact change for the people not power to enact change to produce profit.

This could be our new reality. #PowerForPeople not the same old neo-liberal agenda of #PowerForProfit

Thatcher tore down the post-war consensus of state involvement and brought us trickle down economics, laissez-faire trade and sold off the family silver. Now is the time, now is the chance to tear up the neo-liberal consensus that “New” Labour bought into. Now is the time to build a New Britain on the principles of co-operation, social cohesion and fairness. Together we can match the achievements of that post-war consensus, the achievements of Attlee’s 1945 government that built the NHS, that laid the groundwork of our more equal society. Now is the time to finish the job, and make Britain a land of opportunity for all, a land where we pledge to eradicate poverty and leave no-one behind.