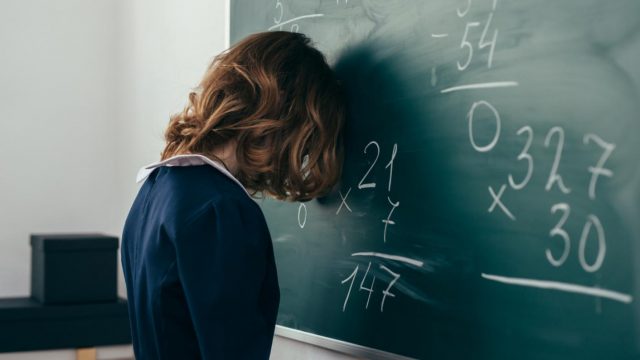 GCSE results have been released for 2019 and as is becoming the norm, the Conservatives at Suffolk have failed to deliver. With lower grades for our schools than the national average once again, the Local Authority has one of the worst records for education in the whole UK over the last decade. This is a particularly big failure when the demographics of Suffolk are much more favourable than those getting the same disappointing results.
Just over half (50.8%) of pupils in Suffolk scored at least five C grades including English and maths in their GCSEs this summer, the Department for Education has said. This is down from 54.6% last year. This means out of 150 local authorities, Suffolk has gained the terrible position of 124th.
In 2011, Suffolk County Council began shutting down the county’s middle schools with the view that the two-tier school system would be more effective than the three-tier. In its School Organisation Review of 2007, Suffolk County Council recommended replacing the three-tier system of primary, middle and upper schools with the two-tier system of primary and secondary schools. Subsequently, 40 middle schools across Suffolk closed.
In 2007, Suffolk schools gained higher GCSE grades on average than the national average with 50% of the county’s schools being part of a three-tier system. The county then decided to change to a two-tier system and have failed to meet or exceed that average until 2017/18, leading to a “lost decade for Suffolk Schools.”
At the time the local authority argued that “it would raise the attainment of pupils, create a more sustainable school structure and bring Suffolk into line with most other counties” (www.suffolk.gov.uk).
Two parts of the criteria, set by the Local Authority, have been met. Undoubtedly, Suffolk is more in line with other counties; only Bedfordshire still operates with middles schools in the East of England (with exception to the Bury St Edmunds All Through Trust). The Local Authority could argue the system is now more sustainable, at least financially, although additional austerity and funding cuts have tested this further.
However, the first reason; to raise attainment, has clearly not been a success with the county’s school rating dropping dramatically after scrapping the three-tier system and taking a decade to recover.
With so much change in Suffolk schools over the last ten years, it is difficult to specifically pinpoint the impact that going from a three-tier to two-tier system has had in the county. The lost decade in Suffolk’s schools might not just be because of the change in tier systems, however other counties also faced other factors such as austerity and funding cuts but managed to produce better results than that of Suffolk.
In 2007, Suffolk schools were (and had been for many years) better than the national average on achieving GCSE A-C grades and this suggests that a three-tier school system may have been more effective for Suffolk than the two-tier system. Or it may simply be that Labour were leading the administration at county hall until 2005 and was much more effective. It is almost certainly going to be an issue at the county council elections in 2021.
Last year, Suffolk seemed to have turned a corner with better results than the national average for the first time in a decade. This year’s results, however, mean a return to poor results and for such an affluent county, the excuses are running out. The Conservative administration at Suffolk county council has once again failed the children of Suffolk.
Either, the three-tier system worked better for Suffolk than the two-tier system or the transformation to a two-tier system was the right decision but was executed extremely poorly by the Conservative Party. One fact is irrefutable; in 2007, Suffolk County council decided to abolish all three-tier schools and for the following decade, Suffolk schools failed to meet or exceed the national average for GCSE grades, leading to a lost decade for Suffolk schools.