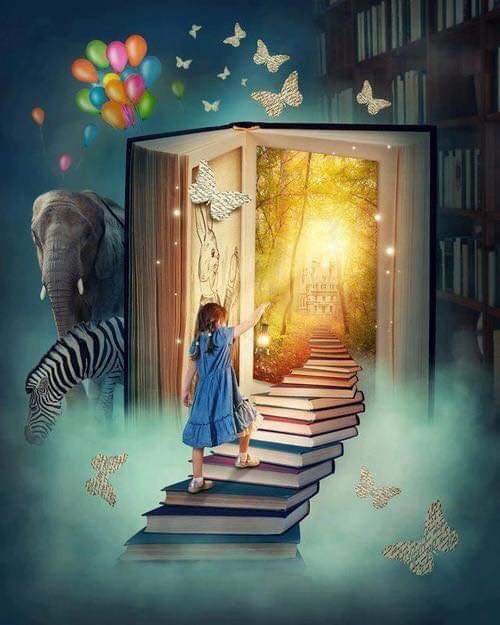 The local library in Southend-on-Sea was like stepping into a labyrinth it was a magical place, that seemed like the most immense building in the world to a small child.

Back then the number of floors seemed uncountable but how that child loved climbing the stairs and hiding in the bookcases, picking up books that almost weighed as much as she did and feeling absolutely certain that those books contained the secrets to magical spells and the secrets to life itself. How she loved running the lift up and down, pretending it was a rocket ship, flying to a planet made of books. How she loved following the wafts of appetising smells and standing outside the cafeteria luxuriating in the tempting aromas just behind the door, imagining how they would taste, if only she had the pennies to make them hers.

The most magical part of that library was the basement. It was here that she could while away the hours, sometimes finding that when she had entered the building it had been day but when she left the sun had set.

It was a large bright and colourful room, with comfy rugs and chairs that were not too big, not too small but just right. If the child was lucky, she would happen upon someone reading another child a story and she could sit close and listen quietly.

In the school holidays she would sometimes happen upon storytellers or groups of children participating in fun activities or story time and made friends with strangers. Children becoming friends knowing that all they shared was a love of a story. In this part of the library, children playing was not shushed or frowned upon, it was celebrated and the sound of this child’s laughter so rarely heard at home was a symphony of commemoration to the magic that could be created in this one building, her local library.

Hours spent looking at books, new ones and old ones alike. It seemed that even though she read countless books, there were always more books and more worlds inside them to discover. Sometimes she imagined she was Matilda, escaping the nightmare of home to discover better, brighter worlds in a library. Whilst books fed an imagination that made her absolutely believe that anything is possible, no matter how hard she tried she couldn’t make things move with her mind.
She didn’t realise that her mind was moving things, with each book her mind grew and despite neglect that left her trailing behind in so much, she always was highly praised for her reading, writing and imagination at school, much of that was owing to the access she had to her library.

Libraries are more than just a building full of books, they are safe spaces for people, they are magical places that feed imaginations. They are places where a friendly face will speak to you and make you feel welcome and at home. Help you find books that they know you will love and so much more.

If library hours are reduced, if staff are removed, if buildings are taken away and worst of all if a library closes, that is one less sanctuary for someone that needs it. It is one less place where the vulnerable, lonely and the disadvantaged have to feel safe and secure. Where they can learn without fear of judgment because everyone is welcome in a library.

If that child’s local library had been closed the majority of the week, perhaps it only opened for two hours a week and only had a few dozen books she could read, do you think she would have lost herself in a life long love of books and learning?

This is just the story of one child, whose life was so positively influenced by her local library, there are countless other stories to be told.

Libraries are more than just books, they are a wealth of information, they are people, they are communities and they are an essential part of society. Fight for them, fight for your community and fight for all those untold stories. All those people that need their libraries, fight for that child that needs a safe place that inspires her to aspire to something more than the life she was given.

Save your libraries not just in Essex but across the country because they are needed, they are wanted and they are essential. 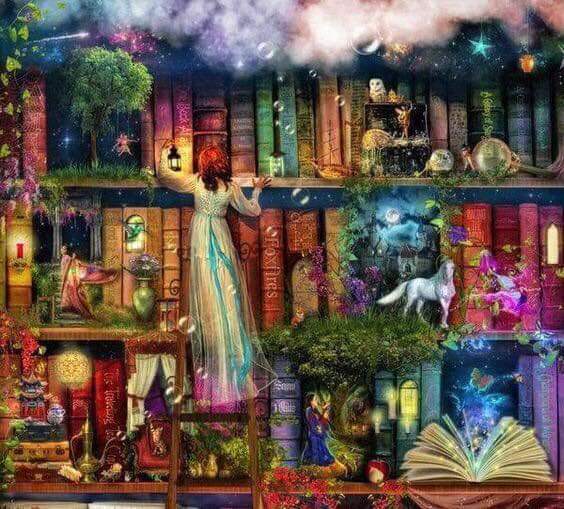