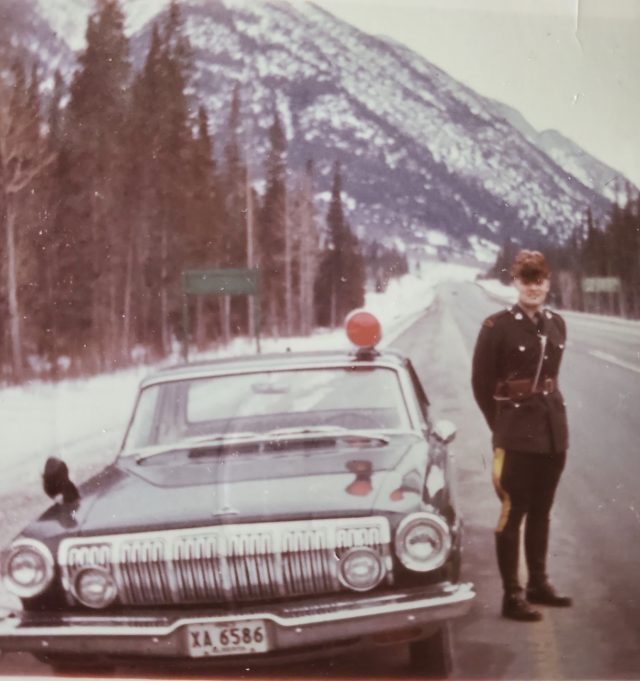 My dad has told me a story about his days as a police officer in Canada during the 60’s and 70’s that I think applies to the current state of affairs in British politics.

His bosses weren’t there

Constant heckling by men from the greatest generation sniping things like

“I’m not surprised he didn’t show his face”.

After the first couple years it happened he finally asked someone about it.

Apparently the veterans didn’t like the upper echelons of the Royal Canadian Mounted Police because during WW2 the British gentry used to send their fighting age males to serve as police officers in Canada in lieu of defending their own country.

Understandable to a degree if Canada had been a neutral force but we weren’t.

We went in early and we went in hard. There are villages and towns that just dont exist anymore because all the men got wiped out in that war. No one in their right mind would dare suggest Canada didn’t sacrifice in that war.

So you can imagine how it felt for the men that did survive to come home and hear a cop talking in a posh English accent knowing full well that the chicken didn’t have the stones to protect his own country so we had to do it for him.

You had to leave your brothers, cousins and friends remains under a cross in some nondescript field on a continent you had never even been to so that this toff could spend the early 40’s making sure the people of Moose Jaw didn’t dance on a Sunday.

It’s wrong. And its disrespectful to any Canadian that fought and died in that war.

But, it wasn’t illegal.

In the letter of the law it wasn’t illegal for a man to be a police officer in the 40’s. It was actually needed to a certain extent.

War is scary. It’s real. it’s not like the movies. There’s very little chance of glory if you’re the kind of guy that would even consider trying to get out of it because you only like your country when things are going well.

You’d probably just end up with piss on your leg and a bullet in your back where they shot you for desertion.

So mommy or daddy pull some strings and you end up hiding out far away while everyone else makes heart wrenching decisions for the greater good.

In essence, the war was not won or lost by those cowards that scurried to Canada instead of defending England. It’s a foot note in history. Most are dead now and the story is either forgotten or in many cases never told.

But the key lesson and applicable point for me is that if EVERYBODY who was scared at the start of WW2 had fled and not fought. We would’ve lost.

And that’s why you don’t drive from London to Durham with a car full of corona virus. You stay where you are and you make your stand with the hand that’s dealt.

During a pandemic the bottom line is the dead. It cannot be spun. And if you’re wondering about your specific situation and how to interpret the guide lines its easy.

Ask yourself “if everyone else that is in a similar situation to yours did what youre about to do, would the death toll be higher or lower than it is?”

It’s really that simple. And if its higher, how much higher? How many more people would you be comfortable with dying to defend Dominic Cummings actions?

Because those lives are the real capital you’re spending.