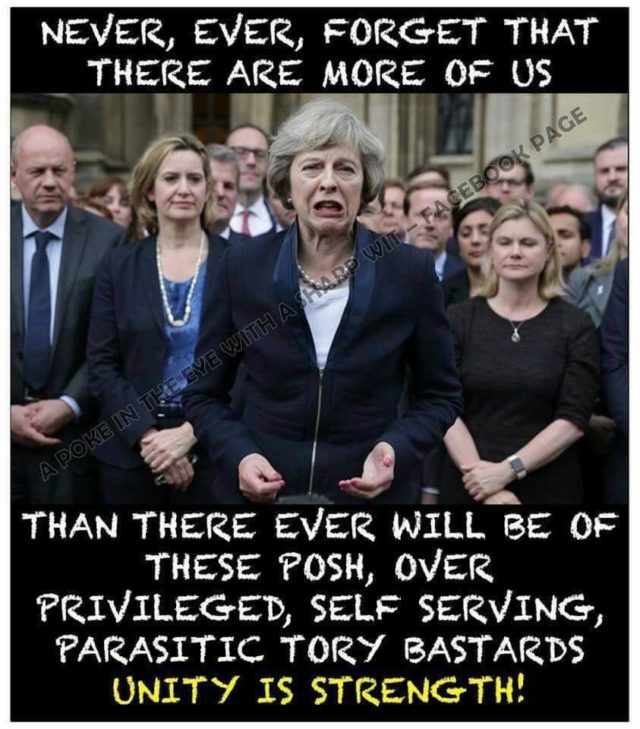 How the Tories are ruining Britain.

The resignation tonight of Priti Patel after being summoned back from a Departmental visit to Africa shows us all the complete disarray of this feckless Tory tribe. (I was about to put Government but they don’t govern, they merely parade around the corridors of power clinging desperately to their jobs.)

As a BBC journalist said on the BBC News Channel shortly before the news broke, “Theresa May is too weak to sack a minister but too strong to be got rid of herself.”

This is the situation the UK finds itself in tonight. A party in power so desperate to cling on to power that they leave in place a “leader” and Prime Minister who is mortally wounded. We all know that. May herself knows that. But they have no one better to replace her. They know given the election result that the clamour from the public and even the sycophantic media would be too loud to ignore. Of course they know they would lose, so they let May drive the country towards a disastrous Brexit, and rudderless at home and abroad in any and all negotiations. 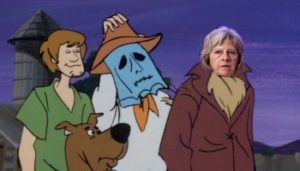 I am not generally one for political games or Westminster machinations, but NOW is the time for Labour, SNP and all other parties to be clear, May must go. If she doesn’t then a Vote of No Confidence must be placed before the House and ALL politicians of ALL parties, Tories and DUP included must look to their conscience and the good of the country to ensure that May goes.