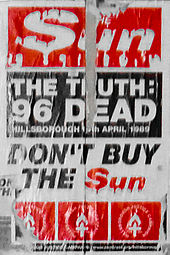 Thirty years ago on the 19th of April, only four days after the Hillsborough disaster, whilst families grieved, The Sun Newspaper published an unbelievable story. They claimed that Liverpool fans stole from the injured and the dead and that several police officers were assaulted when helping victims.

The front page read “The Truth”
It sparked outrage, resulting in The Sun being banned in Liverpool and has rightly damaged the papers reputation and sales.

Twenty-three years later, The Sun published a new front page with the words “The Real Truth”. It was far too late for Liverpool, who will never forget the loss of human life and the blame that was directed at the Liverpool fans in a conspiracy to exonerate the police.

Thirty years on, have the mainstream press learned their lesson? Or are they still being drip-fed lies from senior figures and swallowing them whole?

The Sun’s editor in 1989, Kelvin McKenzie wrote his controversial front-page article based on the information given to him by Conservative MP, Irvine Patnick, Vice President of Sheffield’s Kingfield synagogue and life president of Sheffield Jewish Representative Council, who was rewarded in 1994 with a knighthood. He was backed up by Chief Superintendent, David Duckenfield. It was clear that ‘the truth’ he wrote wasn’t true, even on the day it was printed but it took twenty-seven years for the real truth to be published and some measure of justice delivered.
Rupert Murdoch owned newspapers chose not to publish this historic judicial review on their front pages.

It seems that three decades later, our mainstream press has only grown bolder in presenting fake and malicious lies as fact only to then have to retract them, often done in small print in an obscure part of the paper, even the Leveson inquiry could not quell the rapaciousness of our national newspapers. It was no surprise then when much of what the Leveson inquiry suggested be implemented was ignored by the press.

The corrupt PPC was done away with but instead of adhering to the Royal Charter recommended by Leveson the mainstream press decided to set up their own regulation body called The Independent Press Organisation (IPSO). An organisation that many broadsheet papers opted out from so an umbrella regulator doesn’t exist and like the PPC, press companies are still able to choose to self regulate.

Meanwhile, stories which have no basis in truth are continuing to be published on the front pages of our Newspapers and online, with little to no consequences.

For example, in 2016 The Sun published a story during the lead up the EU referendum stating that there were 600,000 ‘benefit tourists’ coming to the UK from the EU and that the EU had said it was “no problem”. The paper had to apologise for the story as it was completely fabricated. A further example in 2018 was published in the Daily Mail, declaring that 300,000 illegal migrants lived in one Paris suburb. IPSO ruled against the inaccuracies of the story and six-months later the Daily Mail made an apology in a very tiny box within the pages of the paper. The Telegraph wrote a similar story but was not put under investigation as they printed their version with the word ‘may’, presenting it as something that could be true, allowing it to go under the radar. 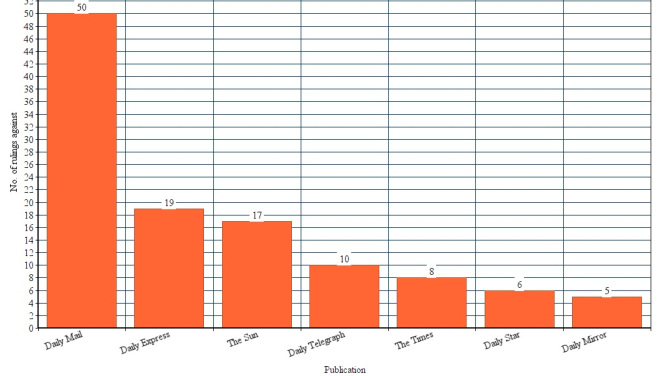 This was an increase from the year before, it illustrates how IPSO is not effective in its role of regulator. A small apology several months after the inaccurate publication is not good enough. A large front-page apology should be a compulsory penalty along with a fine for continued offenses.

Change must be put into place and this is why arguments for Leveson 2 are so compelling. When you consider that The Sun claims responsibility for the succession of every PM in the last forty years.

The link the corporate press holds with a fractured and deteriorating Conservative party is perhaps the only thing saving them from the belated second inquiry and fairer press regulations to ensure that the media stick to the facts and not propaganda.

Whilst the traditional paper press is able to publish anything they want without impunity, new independent media face attacks via discrediting or criminalising journalists and their publications.

Julian Assange, award-winning journalist and founder of Wiki-leaks was arrested last week but has never been charged with a crime. Perhaps his only crime is publishing the truth? but it’s the type of truth the state doesn’t want you to know.

When telling the truth is a crime and the peddling of lies goes free, the meaning of truth becomes something intangible.

We know that the press is failing at its job to hold power to account and that the state has more of a hand in press ‘freedom’ than it should.

Yesterday Carole Cadwalladr delivered a speech accusing social media of breaking democracy but that has clearly been achieved by the corporate press for decades.

Thirty years after one of the most offensive verbal assaults against the people, published via the front page news, it is clear that nothing has changed. We are still no closer to a free, accountable press and that should be a great shame and embarrassment to this supposed great democratic country.