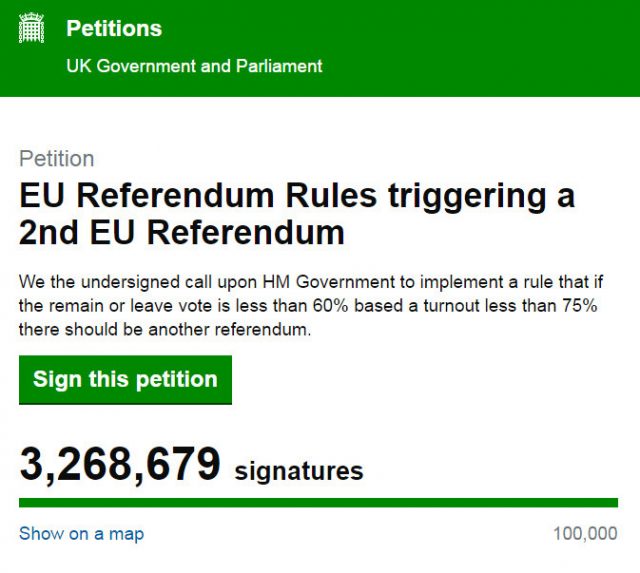 So how many times do we have to hear Gove, BoJo, May and the rest of her rivals (sorry, colleagues) claim that a second referendum is against democracy, that we MUST respect the result of the referendum before we stop and reply, “No, it isn’t”.

I must declare here that I voted remain, but I am a democrat and respect the result of the referendum. However that vote said we wanted to leave the EU, but not at any cost. No one expected the result and no plans were made for the outcome. Not one person who voted in that referendum knows or knew what “deal” we will end up with. So surely given that we are “taking back control” and we didn’t know the deal we will end up with, another referendum on the terms and conditions is not only expedient but necessary. It will provide TRUE legitimacy to any deal and end ANY dispute as to the true will of the “people”. What is there to be scared about that? Except losing, of course.