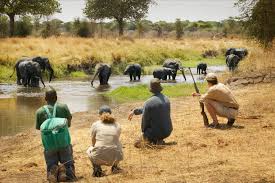 In the chilling hours of Saturday 24th February 2018 as the sun set to leave a frozen bite on unprotected skin, a band of hopefuls assembled in St Lawrence’s Church, Stroud for an event, ‘Mission Possible’.

As is expected in Stroud its organisers were of a positive mindset, trying to overturn both the onset of an overwhelming chill from outside as well as one threatening the resilient warmth of the campaigning spirits within.
But the chill appeared to win on both fronts, no one had brought along a ‘Holy Hand Grenade’ to smite an unholy fluffy rabbit that barred progress.

But this is not a story of failure but it is one of parallel experiences only a few miles apart.
It is an account of circumstance and not one of blame.

I will never know for sure if the combination of an extreme chill in a badly insulated stone edifice designed as a religious powerhouse that isn’t much comfort to mortals in winter or the 6 nations rugby tournament on whiteboard sized TV’s snuffed out attendance at St Lawrence’s and does it matter anyway?

Churches have given host for a century or more to dwindling numbers of the purposefully committed to gospels. So why should it be any different now for those wishing to enliven a weakening spirit of resistance to an inevitable and biblical scale human disaster?
Strange to realise that real accounts are left like some fairy tale, yet are the only real chance we all have of surviving the birthing emergence of a massive climate turd on its way to darken all our days! So far we only have seen sharp cramps of its coming!

Other folks elsewhere are distracted, cosy and warm as they leave it to another day to consider preparing for the fast-approaching battle for human mortal survival. By comparison, the opposition, aka ‘The Evil Empire’ powered by degenerate fossil fuelled dinosaurs would work into late hours in lavishly furnished mansions making their plans for continuance of the current world disorder.

I left the church before the mission’s end so that I could wish a recently rediscovered old friend a bon voyage as he and his fiancee celebrate their engagement at a soire in a country pub several miles away.

Contrasting experiences, a hot moist atmosphere filled the packed out building full of joyous middle class middle agers and their offspring. The marriage is expected to be next year and all expect it to be a memorable event full of the usual stuff of unions between committed lovers, though now with matured priorities.

Polite upbeat stories flowed like free wine, smiles through grey hair, crutches and pattern baldness.
Had I chosen to raise the topic of where I had come from and what I had been trying to assist with, it would be reasonable to predict the disappearance of the rooms moist fuggy atmosphere as polite excuses preceded an escape to frozen oxygen outside. Driven by concerns of a sudden encroachment by a herd of elephants, silently seeking justice.

The lifestyle catch-up’s revealed events over the last Thirty- years that had no real surprises, I kept mostly still on my own life’s changed directions over the period which seemed to fit acceptably.

At a subsequent social I will see if taking those terribly polite folkies on a ramble into dense climate reality undergrowth will leave me walking alone or not. It’s hard to persuade the winners in a game that the rules being played will lead to the untimely end of the game and its players as natural push-back overturns the game board. Its rather like telling big game hunters of an extinction of their quarry that they contribute to simply by the impact caused from their sheer numbers.

Its not the wars being waged now that are destroying the Earth’s life resources, but instead is the peaceful pursuit of ‘lifestyles’ and mostly from a disconnected and very comfortable minority.

How do we get those winners of the game to agree to a wholesale rewrite of the rules for the good of all?

Life isn’t like wealth, it’s not securable in property portfolios, banks, bonds and trust funds. So how does anyone or any organisation persuade those who have spent entire lives amassing a material wealth, of that simple truth?

The only herds of elephants not in danger from a game hunters rifle are dwelling peacefully in suburban lounges all across the western world.