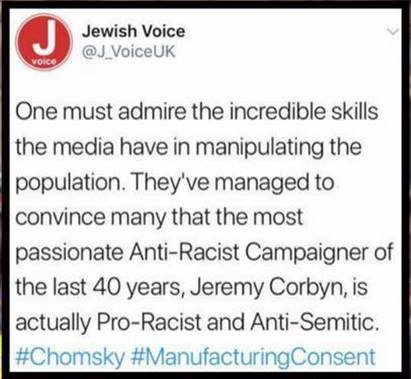 In response to the latest barrage of unsubstantiated smears, the Jewish Voice twitter page have verbalised their disgust and reaffirmed that they are ‘100% pro Corbyn’.

Is this latest smear a sign that the mainstream media are becoming desperate and erratic in their Anti-Corbyn campaign?