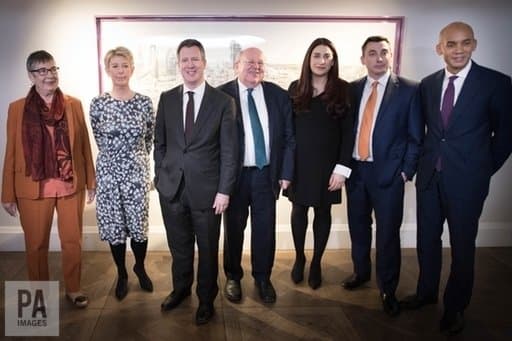 These arch career politicians have spent months arguing that Labour should campaign to remain in the EU because you can only reform an organisation from within. Now they quit the Labour Party because that organisation is moving in a direction they don’t like. The irony. 🤔

I hope they have the courage of their convictions and resign their seats, force seven by-elections and campaign for re-election on their “independent” manifesto instead of the Labour manifesto they were elected on less than 2 years ago.

So over to you, Umunna et al…do you think you can beat a reinvigorated Labour Party based on social equality with your debased and defunct neoliberal agenda?