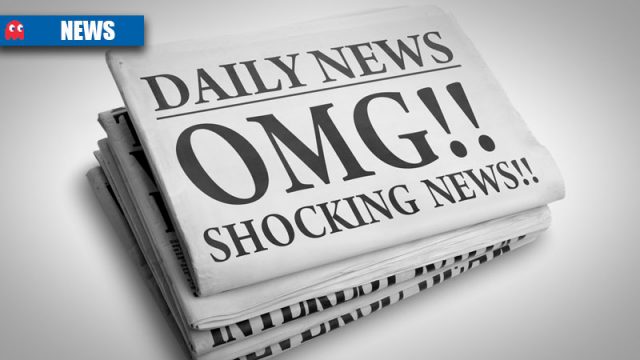 Today we thought it would be a good idea to quieten down the increasing threat of a no-confidence vote in our supreme leader, I mean PM. We pulled that cunt I mean Hunt out of hiding, he’s a loyal follower of the loot and destroy regime and he quickly came to the aid of Theresa May.

He said rebel attempts to remove May from power, risk “the most appalling chaos” Junior Doctors had said the same thing about him becoming Health Secretary.

He doesn’t think appalling chaos is doctors on strike, babies and people sleeping in corridors or forgetting where his wife comes from. They are all perfectly normal but a no-confidence vote for a PM that says Brexit is Brexit but then delivers a Brexit that isn’t actually Brexit would cause the most appalling chaos… We agree with him because that chaos would be Jeremy Corbyn in number 10 and us having to actually pay our taxes… 😱

Remember the media outrage about Khashoggi’s murder? Yeah well no more of that, now that it’s been proven that the Prince ordered the murder… We like our oil money too much to rock that rig. So when we discovered that Trump was going to stand with Saudi Arabia and defend the crown Prince we decided to shred that document into pieces chuck it in the bin and set the bin alight.

We’re not scared of the increase in states silencing their media professionals either through murder or imprisonment. Discontinuing trade and special relations with Saudi wouldn’t send a message that journalists are expendable anyway… That’s what I’m telling myself because I really need a new hot tub and my champagne stocks are running low.

We totally decided to ignore anything in parliament because it just doesn’t seem to be going the way we want it to. Luckily the middle east is the gift that keeps on giving and we could pretend media outrage again when Matthew Hedges was imprisoned for life accused of spying, by the regime in the United Arab Emirates. Shocking he has been imprisoned for six months and we’ve never written anything about his ordeal so far but after a trial with no lawyer that lasted under five minutes we were hacks-raging all day about this and we successfully didn’t mention Khashoggi. We’ll forget about it again tomorrow.

Hillary Clinton gifted us with one of our favourite fear topics today. Turning into a different kind of politician because it’s been revealed she will run again for the Democrats next elections. As she wasn’t voted in last time she is attempting to become more popular by being critical of immigration and other countries. We admire how quickly she can change her morals and ethics in order to attempt to gain the approval of people. It really is important for any successful politician to be able to morph into many different characters to suit particular agendas, moral standing and integrity really aren’t important at all.

She said Europe must curb Immigration to deter right-wing populism. So far Europe appears to be doing a good job of deterring Trump, better than she did at least.

We like pretending that immigration is a serial problem in the UK and Europe. Nigel Farage used to be amazeballs at providing us with golden news days but he’s been a bit slack of late. Thank goodness Hillary Clinton has changed her coat tails so easily to give us these news nuggets. (We don’t want to tell people that actually migration has seen a growing reduction across Europe since 2015 because politics of fear has been winning our backers a lot of elections). I mean who wants to come to a country where you will be paid a minimum wage for crippling hard work, taxed almost to breaking point and in your old age when you should be enjoying a state pension you earned, you get sent back to your country of birth with nothing.

Today I let the commercial team take charge to advertise all the wonderful black Friday events happening today, gaining extra funding from our advertisers. I gave myself a nice fat bonus and took to Oxford Street to grab some useless shit. I got myself some shoes and boots, more designer clothes, a new diamond necklace and some electrical techy thing that takes verbal instructions that I’m not even sure how to use and don’t need but it will give me something to talk to at home. I stumbled back to a posh wine bar in Soho to celebrate my bargains and was disgusted by the number of homeless people I had to step over, can’t they go be homeless somewhere else, like up north where the poor people belong?

Remember when we put out huge headlines stating that Theresa May would go to war over Gibraltar?

Well, don’t tell anyone if you do because it actually looks like she’s just abandoned it and the British people that live there.

Moving swiftly on, we’re starting to dislike this PM and actually it’s becoming more acceptable to say so now. Even the brownest nosed of Tory papers is turning its back on her!

One last ditch attempt to save our PM we published her open letter to the public today, you can find it here and support her Brexit deal!

So that was our week, we ignored everything of importance and celebrated our shopping victories but most importantly we kept a Labour Government out of office for another week!