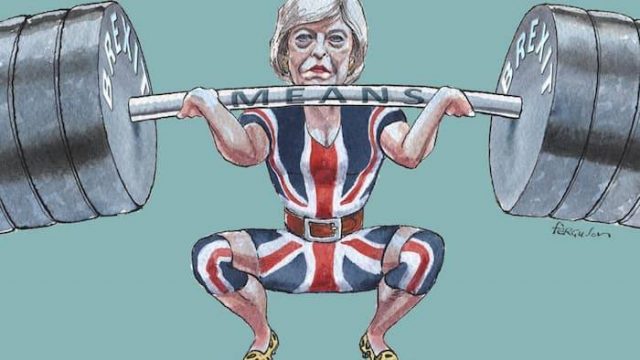 What a heavy news week this one turned out to be! Monday we were still all reveling in convincing a gullible nation that Jeremy Corbyn was unsuitable to be PM because of his choice of coat. It worked when we did it to Michael Foot in the 80s! … We managed to manipulate our readers to believe that a smart and practical black raincoat worn on a rainy armistice day was scruffy and disrespectful, our writers are darn good at writing positioning headlines, and articles just in case anyone reads past the headline.

So Monday, news broke of civil servants being sexually harassed and bullied by senior members in Parliament. We know who the culprits are but we’re not going to report on that, it’s more than our jobs are worth.

Tuesday we didn’t want to run any stories on the UN’s special rapporteurs continuing tour investigating cases of extreme poverty in the United Kingdom but we were lacking any great ideas to divert peoples attention from the real news until… over a large double chocolate ice cream and chocolate bar milkshake I realised it contained more calories than my evening meal! Horror, no wonder my bum looks soo big in my leather Prada skinny jeans! We ran it as our front page story and on a number of other pages, people need to know what is making them fat, its not cheap processed food, its expensive occasional treats such as these that are making the nation obese!

Wednesday the shit hit the fan. After two years of twiddling thumbs and saying Brexit means Brexit but not really knowing what Brexit means apart from that it means Brexit… Theresa May finally came back with a Brexit deal that was in fact not Brexit. Leaving us all still wondering what does Brexit mean?! 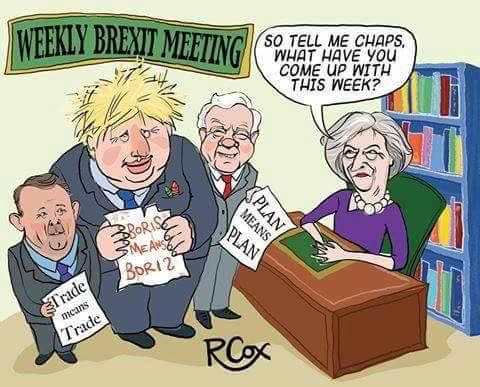 She wouldn’t tell anyone what the deal was at first, so we just ran stories saying how wonderful she was to deliver what the nation had voted for. Our broadcast news buddies were going to be the first to hear her official announcement, until she was forced by some damn Labour Mps to announce it to the cabinet first… The House of Commons went into meltdown. What made matters worse was that Jeremy Corbyn looked more than ever, a leader in the wings ready to take to the stage. He gave the PM a bloody good rollicking and secretly we all couldn’t help but agree with him.

One of our interns said it aloud and we threw a dictionary at him and sacked him on the spot.

Despite internal feelings, we must not show weakness or Corbyn could end up in Number Ten. Our broadcast buds felt the same and mistakenly said so live on television… Amateurs!

Thursday was like watching flies drop as minister after minister resigned from Mays premiership. The left-wing press was having a field day, we could see them in the building opposite ours, sharing popcorn and playing a drinking game where they took a shot every time a minister resigned. All we could do was make fun of their spelling mistakes in their write-ups but none of us could admit that what they had to say wasn’t spot on. 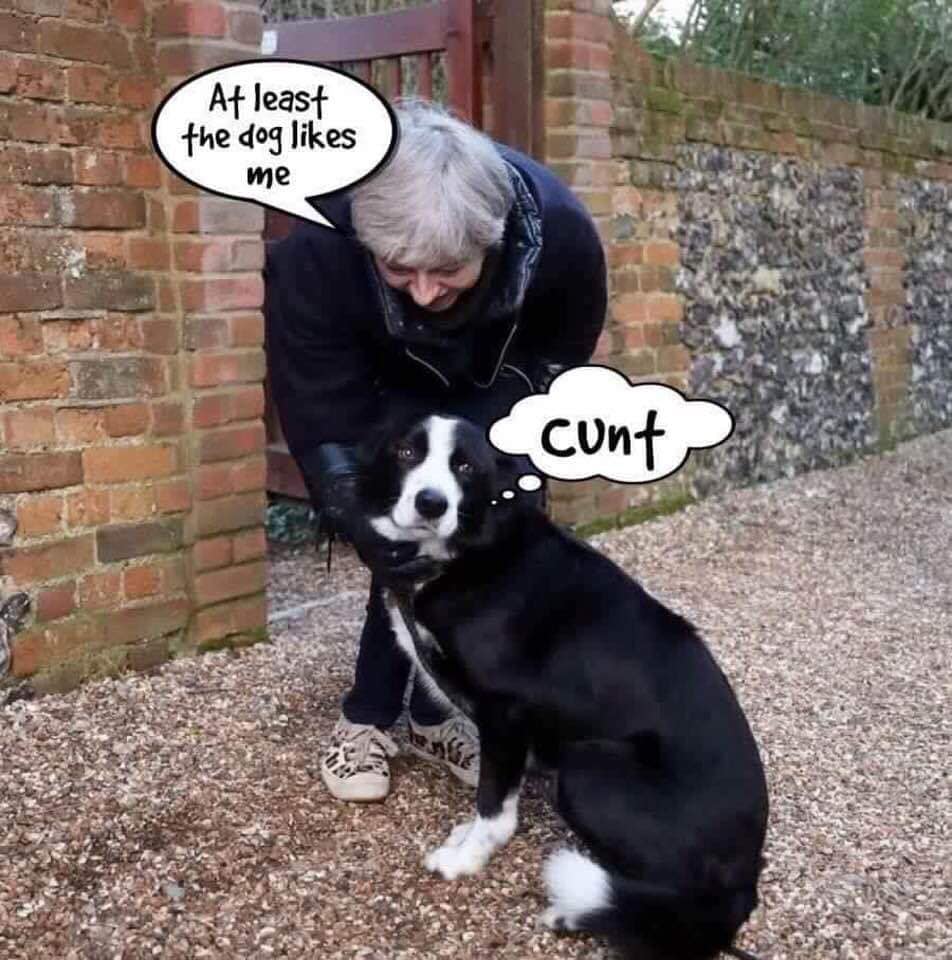 Friday the UN Special Rapporteur, Philip Alston held a press conference to present his preliminary findings… He gave a damning report of what he had learned about poverty in the UK, blaming a callous and unforgiving welfare system and horrendous cuts to local government services as the reasons for people on lower incomes, the elderly, sick, disabled and unemployed for falling into the gutter, in some cases, literally. 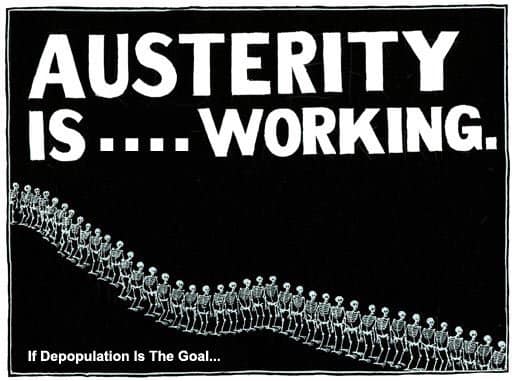 We attended the press conference and tried to sabotage it by comparing our poverty to poverty in a really bad place called Chad (not sure where that is but apparently it’s really bad there) people live in mud huts and don’t have any fresh water but that undeniably clever man Philip Alston, outwitted us and played us back at our own game. Responding that someone wouldn’t feel grateful to live in a country that only gave twenty lashes because another country would give fifty…

Luckily it was Children in Need Friday evening so we ran loads of stories convincing the public to part with their money to help poor children, we all sniggered about this because whilst people use their own money to help poor children, Government don’t have to and they can continue making cuts whilst people keep voluntarily paying extra tax once a year and do it for them.

The weekend arrived with relief as the Pm kept hanging on to her job. We snuck out a story about Amber Rudd being announced as the new DWP Secretary, we obviously didn’t remind our readers of her resignation only months ago for her involvement in the Windrush scandal (lets hope we can keep that one quiet.) 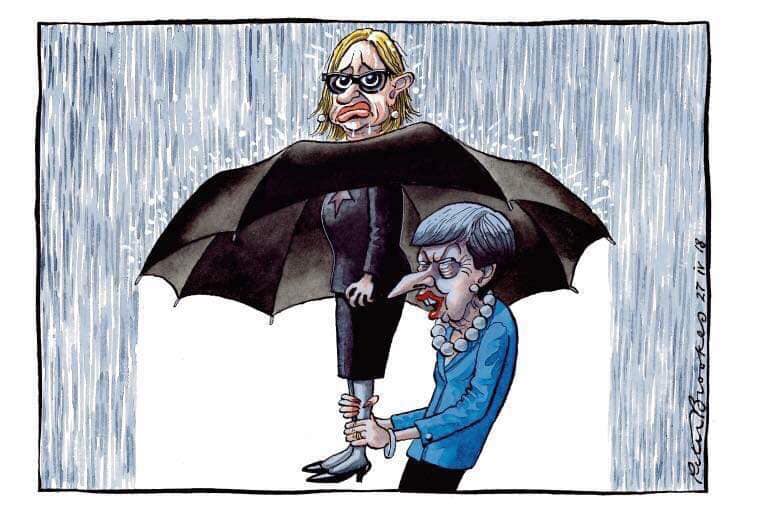 we’re all dreading Monday when parliament goes back to work, what news will we have? to divert peoples attention, to be honest, we’re starting to run out of ideas, it’s lucky the same tricks over and over again seem to be working.

We decided the best way to deal with all this was to go back to old tactics of blaming the Labour party for Brexit. Yes, yes, we know they didn’t call a referendum and they’re not able to stop Brexit due to not being in Government but it is so much fun messing with peoples minds. And if that isn’t enough mind-bending fun time, we would then switch and blame Labour for frustrating Brexit for being against this particularly bad Brexit deal. This way we turn the hardcore remainers against Jeremy Corbyn and the Brexiteers that aren’t aware of how unbrexity this deal is, to blame Jeremy Corbyn for stifling their Brexit!