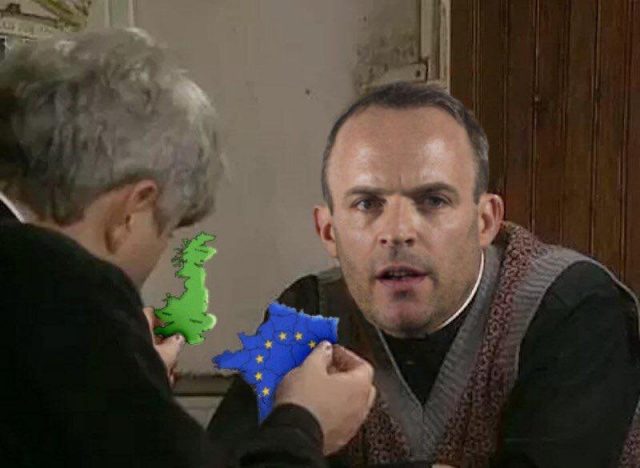 So this week we’re all confused .. we can’t figure out who we should be backing and who we should be dissing .. half the tories are voting against May, half of Labour are too but half are voting with her, Raab’s lost in the Channel, somewhere near Doncaster, Jo Johnson has resigned… we couldn’t quite figure out his mumbling but we think he left to start work on Boris’s next challenge…

The budget dominated the news last week so we decided it would be a good week to take a break, let the economics team do some work for a change.
(I like to have Halloween off as its the only time of year I can be my real self and people think I’m just being wonderfully in the spirit of Halloween. Mwuhahaha)

I thought I would come back to a quiet week as parliament is in recess, it should have been a really slow news week where we could just fake outrage at non-poppy wearing people while urging them to lose their minds about the Spice Girl reunion.
Pretending we cared about the poor people being failed by Universal Credit but we wouldn’t spend too much effort on anything because, you know… Spice Girls!!

The new intern wrote a piece about knife crime after the fifth victim in six days was murdered but we lectured her and threw her article in the bin because if we mention crime, people might begin to question why the country doesn’t have more police on the streets and they might start questioning their Tory overlords who got rid of over 20k police in the first place… We wouldn’t want that…

We ran stories about the American Mid-term elections to distract everyone from the messes in our own country, what better way than to show the messes in another.. we thought we were pretty clever.. and it was a golden news day as we could feign caring about fellow hacks again when Donald Trump had one of his loopy episodes and told Jim Acosta off for asking questions he didn’t want to answer. He got one of his heeled minions to try to snatch the microphone away but Jim wouldn’t give it up and continued to stand his ground. He has been banned from attending White House Press Conferences now so we just kept shouting about that in the hope no one realises we have been silent regarding Khashoggi for a while now. We had to stop people from questioning the overlord’s special relationship and continuing arms sales to the Saudi regime.

Then we had to pick on Aaron Bastani for questioning where all the money for poppy appeal goes when there are homeless veterans sleeping on our streets in an attempt to explain away a moronic comment by Dominic Raab. He certainly isn’t the brightest bulb in the house but not realising the importance of the Dover – Calais trade route…?

The only constant is Corbyn .. Wait! What! Yes! Now he’s going for leave .. or at least respecting the people’s vote .. the last one not the next proposed one .. and he got two standing ovations in Parliament! Yeah we know it was from the Youth Parliament but honestly, they are better politicians than the likes of Raab (Where’s Calais ?)…

We thought we’d got through the utter balls up of a week pretty successfully, keeping the status quo ticking…

Then my Saturday lay in was rudely awakened by an emergency work phone call.

I shit a brick…

A Survation poll had Labour winning and Jeremy Corbyn met the MI6 boss for the first time. That only happens when a snap election is being called so he’s probably becoming the new Prime Minister of the UK.

No matter what we do, this man keeps bouncing back, we need to think up something bloody good to hit the fan with for next week.

as Ken Clarke said .. I need a whisky