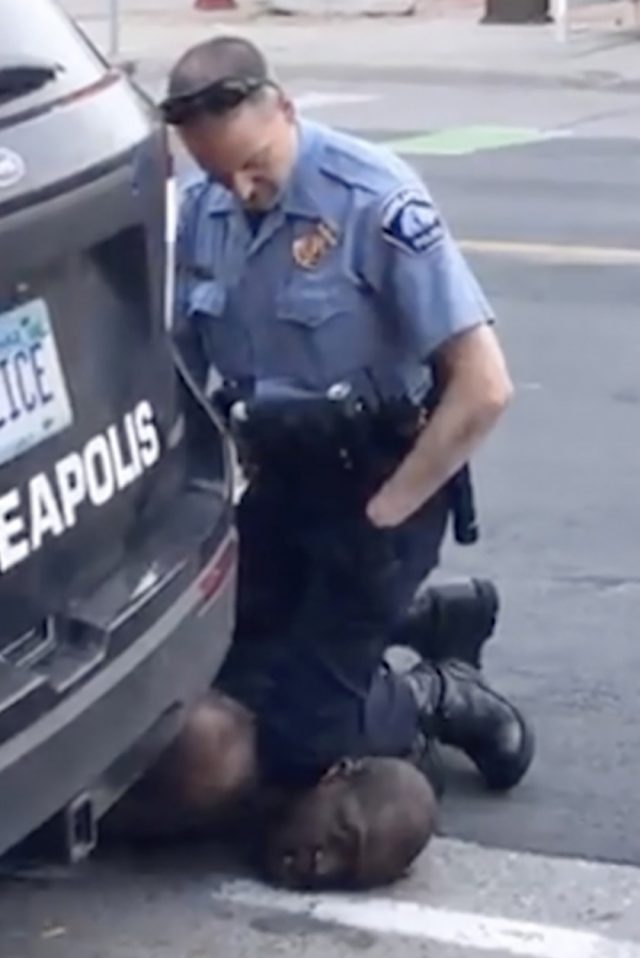 FORMAL COMPLAINT RE THE SACKING OF REBECCA LONG-BAILEY1,2

(1) On 25 June 2020, the then shadow Education Secretary Rebecca Long-Bailey re-tweeted a link to an Independent newspaper interview with Maxine Peake [see https://www.independent.co.uk/arts-entertainment/films/features/maxine-peake-interview-labour-corbyn-keir-starmer-black-lives-matter-a9583206.html]. The original interview contained the words “…The tactics used by the police in America, kneeling on George Floyd’s neck, that was learnt from seminars with Israeli secret services….”.
(2) That same day, our party leader Sir Keir Starmer immediately sacked Long Bailey, publicly stating the reason for her sacking being the following, quoted verbatim: “…The sharing of that article was wrong because the article contained anti-Semitic conspiracy theories. I have therefore stood Rebecca Long Bailey down from the shadow cabinet…” (our italics).
(3) Subsequent widely reported information now freely available in the public sphere [see https://arsnotoria.com/2020/07/01/rebecca-long-bailey-a-wrongful-dismissal-for-anti-semitism-that-wasnt/] shows, at the very least, that the statement Peake made may well have been factually accurate; and there is certainly no unequivocal evidence that it wasn’t.
(4) There are also unimpeachable arguments (see below) demonstrating that Peake’s statement was not anti-Semitic.
(5) It therefore follows from the above that the reason given for the summary sacking of Rebecca Long Bailey was false, entirely unjustified and must be rescinded.

We wish to say first that we unequivocally support the party leadership in taking high-profile and decisive action against genuine cases of anti-Semitism in our party, which we all abhor. It should also be noted that many Jewish members of our party have signed this complaint.

However, we will not by-stand and stay silent when a charge of anti-Semitism is wrongly deployed to victimise members of our party who are entirely innocent of that charge. An action such as this leaves our leader open to the charge of bringing the party into disrepute. A political party in which such unjust persecutory behaviour is sanctioned and condoned will not be the party that any of us recognise and love.

We are proud that our party places social justice and fairness at the core of all we stand for. We are also proud that this party, and its representatives and supporters, are routinely first in the queue to seek justice and due recompense when unscrupulous employers are taken to tribunals or court over alleged unfair dismissal of employees.

We find it very difficult to believe that we are having to bring this complaint against our own party – something that none of us wishes to be doing. But we cannot, and will not, stand by and stay silent when a hard-working, diligent shadow cabinet member is victimised, publicly humiliated and traumatised for what have been shown to be wholly spurious reasons. This is fundamentally an issue of ethics and fairness – and we would be equally concerned and outraged if someone on the political right of the party had been treated in such an unfair way by our party leader.

The substance of Maxine Peake’s interview comment was unequivocally not anti-Semitic on any plausible definition of the term, even if the facts in the interview were totally wrong. (For the record, it is not possible to say with absolute certainty whether Peake’s comment was factually true or not – though as stated earlier, there does exist considerable circumstantial evidence now in the public sphere relating to the training of US police forces by Israeli forces, and also evidence from said Israeli training manuals of the knee-on-the-neck technique.)

Furthermore, it was entirely rational and proportionate that Israel was mentioned within the original Peake interview (rather than other countries who might offer similar training) precisely because it had been widely reported that it was the Israeli military that the US police force had commissioned to train their officers. This is very important. Were it the case that Israel had been singled out from other countries who had also been reported as providing training to the US police force, then that could be justifiably suspected as being anti-Semitic (as defined by the IHRA statement, ‘Applying double standards by requiring of it a behaviour not expected or demanded of any other democratic nation’). Sir Keir is therefore incorrectly applying the IHRA definition in this case.

Moreover and as alluded to elsewhere, by equating a comment about the Israeli State training US police – with such training being a matter of public record, notwithstanding Peake’s subsequent withdrawal – with anti-Semitism, Sir Keir has himself conflated the State of Israel with Jewish people collectively, in clear breach of the IHRA working definition of anti-Semitism.

Furthermore, had Peake’s interview wrongly asserted (for example) that such training had a China connection, would saying that make it an “anti-communist”statement? This throws into sharp relief the absurdity of the anti-Semitism accusation – for the key distinction isbetween being critical of an organisation versus being critical of an ideology / religion / people. These are involved points, but they are absolutely crucial to elucidate in order to illustrate the gross injustice that has been perpetrated against Long-Bailey.

Although the following point is not necessary in making the case for Long-Bailey’s wrongful sacking, it is nonetheless important: namely, that natural justice and common decency – surely core principles to which our party to a person subscribes – demand that Long-Bailey should have been given the opportunity to discuss her position with Sir Keir before he sacked her. Our understanding is that she asked for such an opportunity and was denied it, with the decision to sack her having already been made. This is unfair, as Long-Bailey had already agreed with the leader’s office on an initial course of remedial action, and it was only after that was changed that she asked to talk to Sir Keir directly – prior to removing, as requested, both the original post and the clarification agreed with the leader’s office.

These irregularities make the treatment that Long-Bailey has suffered – for something for which she is innocent – all the more problematic, and, for her, personally deeply distressing and traumatising. There is a human story in what has happened in this episode that any caring party simply has to address.

In a court of law, we also have it on reliable legal advice that this sacking would be found to have been “unfair”. But Rebecca Long-Bailey is too loyal to her own party to take any such action that would bring our party into public and media disrepute. It is a very grave state of affairs when party members feel the need to launch a complaint about unfair dismissal in our own party.

(1) the Labour Party appropriately and thoroughly investigate this formal complaint, and whether Sir Keir’s publicly stated reason for sacking Long-Bailey was accurate, proportionate and fair;
(2) if our complaint is upheld, we request that a public statement be made to that effect, including that our party will always challenge unfair dismissal, in whatever context; that an apology is made to Long-Bailey for the great distress that this sacking has caused to her; and that Long-Bailey is either reinstated immediately, or failing that, a commitment be made by the leadership that she will be reinstated to a substantial shadow cabinet post at the earliest opportunity.

To reiterate: A political party in which such unjust persecutory behaviour is sanctioned and left uncorrected will not be the party of justice and fairness that any of us recognise and love – principles for which our hundreds of thousands of members have enthusiastically joined this great political family.

Finally, if the party has the non-defensive maturity and magnanimity to admit this error and do the right thing in mending the necessary bridges with Rebecca Long-Bailey, we will be delighted to put this issue to bed and move on, so that we can all collectively focus our energies upon bringing about the election of the Labour government that we all so desperately want.

1 Disclaimer: The complaint is being made completely independently of Rebecca Long-Bailey, who knows nothing of this initiative and has had no involvement in it whatsoever.