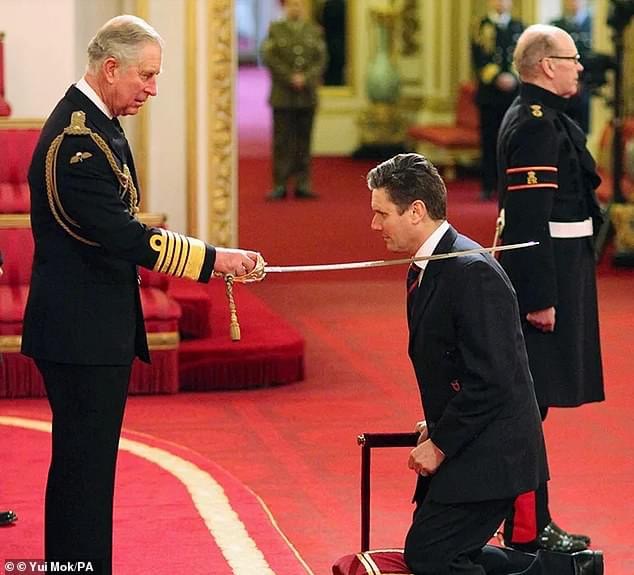 • On Friday 17 July, 64 Labour Party members submitted a formal complaint to Labour HQ about the leader’s recent illegitimate sacking of Rebecca Long-Bailey
• Long-Bailey’s sacking was entirely unjustified and based on wholly spurious grounds
https://www.unitynews.co/formal-complaint-against-sir-starmer/
• Salford TUC recently launched a nationally supported campaign to reinstate Long-Bailey
• A petition calling for Long-Bailey’s reinstatement approaches 22,000 signatories
• An Open Letter sent to Sir Keir Starmer on the sacking, signed by Ken Loach, Tosh McDonald and Chris Searle amongst others
• Labour leadership in danger of being brought into disrepute
• This is an ethical issue, not a left/right issue
• A call to Sir Keir to agree that in retrospect, the sacking was inappropriate, and to re-appoint Long Bailey to the shadow cabinet at the earliest opportunity

In brief, the complaint outlines why the pretext given by Sir Keir Starmer for sacking Rebecca Long-Bailey does not stand up to the slightest scrutiny, and is wholly unjustified.

The complaint makes the following request:

(1) the Labour Party appropriately and thoroughly investigate this formal complaint, and whether Sir Keir’s publicly stated reason for sacking Long-Bailey was accurate, proportionate and fair;
(2) if our complaint is upheld, we request that a public statement be made to that effect, including that our party will always challenge unfair dismissal, in whatever context; that an apology is made to Long-Bailey for the great distress that this sacking has caused to her; and that Long-Bailey is either reinstated immediately, or failing that, a commitment be made by the leadership that she will be reinstated to a substantial shadow cabinet post at the earliest opportunity.

The complaint has been signed by celebrated film-maker Ken Loach and former leader of ASLEF, Tosh McDonald. We conclude the complaint by emphasising that if the party has the non-defensive maturity and magnanimity to admit this error and do the right thing in mending the necessary bridges with Rebecca Long-Bailey, we will be delighted to put this issue to bed and move on, so that we can all collectively focus our energies upon bringing about the election of the Labour government that we all so desperately want.

THE WIDER CAMPAIGN TO REINSTATE LONG-BAILEY

This press release is the latest step in a Salford TUC-based campaign, ‘Reinstate Rebecca Long Bailey as Shadow Education Secretary’. With well over 21,000 petition signatures to date and an Open Letter recently sent to Sir Keir Starmer on this issue, Salford TUC is now spear-heading this campaign seeking justice for Rebecca, supported by notable Labour movement activists and figures from the academic world.

OUR OPEN LETTER TO SIR KEIR

On 4 July, an Open Letter was sent to Labour leader Sir Keir Starmer from the campaign, posing him key questions about his pretext for the recent sacking of former Shadow Education Secretary Rebecca Long Bailey. This follows a series of articles and reports on progressive media platforms detailing the reasons why the pretext given for sacking Long Bailey does not stand up to the slightest scrutiny.

In the Open Letter, we ask Sir Keir the following questions, to which we await his response:

Question 1: What evidence do you have that the assertions made by Ms Peake can legitimately be categorised as ‘conspiracy theory’?

Question 2: Did you know about this evidence when you made your comment categorising Ms Peake’s statement as ‘anti-Semitic conspiracy theory’?

Question 3: Do you accept that your claim that Ms Peake’s statement was ‘anti-Semitic’ does not stand up to scrutiny? – even using the international definition of ‘anti-Semitism’ adopted by the Labour Party.

We understand the wish for the new Labour leadership to address the question of anti-Semitism; but not to do so in a fair, balanced way will lead to massive division and disaffection amongst the party’s half a million members.

This is emphatically not an issue about left versus right: rather, it is about ethics, and what is just and true.

It will be disastrous for Sir Keir’s reputation on the progressive ethical left of politics if he stands his ground, and refuses to admit what is now absolutely indisputable – viz. that what Maxine Peake said in her Independent newspaper interview was not in any way anti-Semitic, and was certainly in no way a ‘conspiracy theory’; and indeed, that there now exists unequivocalfactual evidence to show that neither is the case.

To be fair to Sir Keir, he may well not have had this information to hand at the time he made his decision to sack Rebecca Long Bailey on what are now known to be entirely spurious grounds. And given what a vexed question anti-Semitism has been for Labour, he may have been unhelpfully advised to act in the way he did.

We want to give Sir Keir the benefit of the doubt, and to invite him to do the ethically right thing, now that all the relevant evidence on this issue is freely available in the public sphere.Rebecca Long Bailey, a diligent and inspiring figure in the Labour Party, has been grievously wronged and deeply hurt by this wholly disproportionate action.

There is still time to repair the damage done by this unjustified sacking. The consequences of not doing so are too grave to contemplate – not least in the way that the leadership of the party will be brought into disrepute.

QUOTES ON THE CAMPAIGN

Alec McFadden of Salford TUC said: “This campaign is all about Justice and Democracy, and the current leader of the Labour Party has crossed the line on both of these key principles in sacking Rebecca Long Bailey, our Member of Parliament.

Salford TUC & Salford Pensioners and Trade Unionists have always followed the words and actions of the late Tony Benn – ‘Democracy needs not only to be done, but seen to be done’. Tony also once said at the Durham Miners Gala, ‘If you want something done, do it yourself!’. That’s why Salford TUC delegates and some of our friends are leading the Campaign to have Becky Long Bailey, our much-loved MP, reinstated. With nine Salford councillors, this is unity-in-action – we urgently need a united Trade Union movement and Labour Party together with the people of Salford in seeking Justice and Reinstatement for Becky Long Bailey”.

Co-organiser, writer and Labour party member Dr Richard House said: “First and foremost, this is emphatically not a left/right issue, but a question of ethics. If Jeremy Corbyn had behaved in a comparably cavalier, unjust way when leader, the signatories to this formal complaint would have been equally as critical.

With our open letter to Sir Keir Starmer of 4 July having been ignored, with considerable reluctance we felt that we had no option but to submit a formal complaint to the Labour Party about our leader’s behaviour. We are emphatically not seeking a ‘climb-down’ in order to make cheap political capital; and we will certainly not be engaging in opportunistic point-scoring if Sir Keir has the wisdom to have a change of heart on this issue.

Strong leadership is not about treating the world as a nail when one’s only tool is a hammer: rather, a strong leader is one who has the capacity to admit that an error has been made, and to instigate a process of healing. The Labour membership is in danger of splitting asunder on this issue, and that would be catastrophic for the party and its future electoral prospects.

If Sir Keir were to admit that in retrospect he acted too hastily, and at the next opportunity he will appoint Rebecca Long Bailey to a substantial shadow cabinet position, we would happily applaud Sir Keir’s magnanimity and immediately drop the issue, so that we can then all move on from this unfortunate episode.”