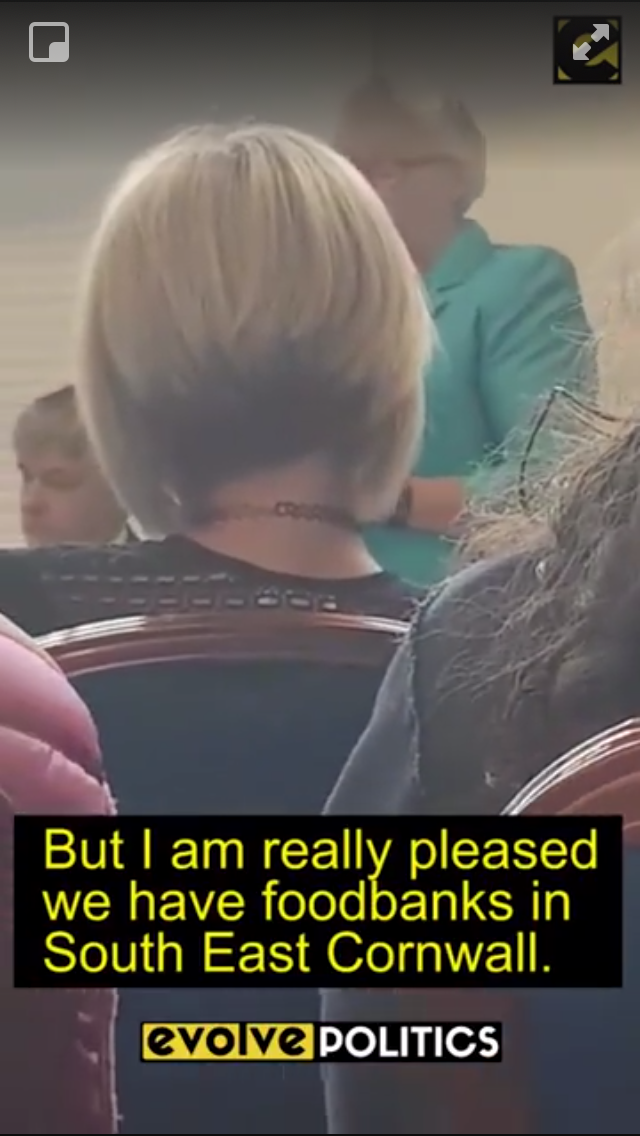 As if this isn’t shocking enough, MP for South East Cornwall Sheryl Murray casually and cold-heartedly attempts to normalise their usage, in suggesting that “when a person’s financial situation changes, if they don’t own a house or they’re going through reassessment, sometimes they need to call upon the foodbank”.

She just slips it into the sentence as if foodbanks are a natural progression for a functioning democratic society.

Such draconian rhetoric may as well have come from the mouths of the banking cartels. “If we can’t mortgage their house and benefit from their poverty then let the foodbanks deal with them, they’re no benefit to us”…. And boy is that happening, Emergency Foodbank rations from the Trussell Group in 2010 for example stood at 60 thousand. As of March 2017 the figure is well over 1.1 million.

Can she really be so conditioned and ideologically misguided, to be happy that ordinary people in the United Kingdom are left reliant on food charity just to survive the consequences of her party’s fanatical hard-right austerity dogma?

Get involved and have your say, for we must debate and learn together, to stand a hope of waking the misguided.

Watch the Tory MP for South East Cornwall Sheryl Murray tell a hustings that she's glad food banks exist.When members of the audience react in disbelief and protest that we shouldn't need them, she then instructs the audience to ignore the dissent, and adopts the self-pitying victim mentality!This outrageous Tory elitist really is so out of touch that she's happy that people are left reliant on food charity just to survive the consequences of her party's fanatical hard-right austerity dogma.

Posted by Another Angry Voice on Monday, 5 June 2017