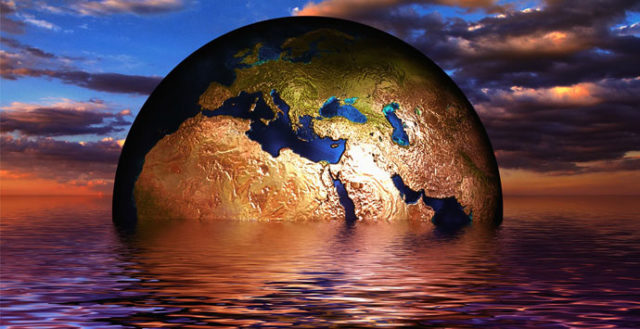 Its not often you get the answer before the question.

Times that we live in might explain many queries if its the only stock version copy/paste answer you ever might need to pacify a question.
You could go back to what ever you were doing or thinking or saying before it appeared … a little tick box completed, a social media ‘Like’ link clicked!

It could silence concerns like those bad world leaders in or nearing office like a rash of rust on a wing a 70’s B.L. motor car a few years after it was ejected from the factory with coats of paint still tacky to the touch.
How ever did those mad hats get into power to do the terrible things to others and planet which they claim to be OK when done to others? The promises they made become like  finding on the day after the shop closed you only get an empty Easter Egg box on Easter Sunday.

It might stifle dark hour worries of waking up in an open sewer as your basement flat bedroom submerges under rising flood waters, but not so likely eh! That one is close to home in fact its came right on in uninvited and left its boot prints all over your imitation animal skin bedroom rug and soaked up the edge of your sheep skin bed throw!

So its relative to your experience and endurance in the current time how you respond to forced or mis-adventured changes. Climate catastrophes don’t care, they only do.

Some changes we can prevent with more careful moves we make like Fascism and if we really try harder, massive environmental damage whereas if we tried sticking a huge fat bung in an active volcano its not likely to work out well, and anyway Eric Pickles might not like the experience either.

We can’t reasonably waffle on about ‘the environment’ when we haven’t understood what the word really means.

Noun
environment (plural environments)
1. The surroundings of, and influences on, a particular item of interest.
2. The natural world or ecosystem.
? 2013 June 7, David Simpson, “Fantasy of navigation”, in The Guardian Weekly, volume 188, number 26, page 36:
It is tempting to speculate about the incentives or compulsions that might explain why anyone would take to the skies in [the] basket [of a balloon]:[…]; […]; or perhaps to muse on the irrelevance of the borders that separate nation states and keep people from understanding their shared environment.
3. All the elements that affect a system or its inputs and outputs.
4. A particular political or social setting, arena or condition.
5. (computing) The software and/or hardware existing on any particular computer system.
That program uses the Microsoft Windows environment.
6. (programming) The environment of a function at a point during the execution of a program is the set of identifiers in the function’s scope and their bindings at that point.
7. (computing) The set of variables and their values in a namespace that an operating system associates with a process.
Source:- https://en.wiktionary.org/wiki/environment

I quite like Number 1 myself, it seems to cover the lot without getting stuck in any quagmires of complexity.

Our Environment is simply what we live within but also its one which influences how well or not we can exercise that life.
If we are in a good environment we think we’re in Heaven and that ‘they’ can stay away so our little Heaven doesn’t get ruined by ‘them’.
Otherwise in a bad environment the concerns are not there because all inside it want to clear off as soon as they can from the ocean of human caused wreckage.

The World is ours …. for now

I remember when I first saw the 007 film title, ‘The World is not Enough’ my first instinct was to think, ‘then what the Hell is enough’

What is our planet Earth to us?  We wrongly assume it to be somehow ‘ours’ as might a tick living on the skin of a host animal and from the resources of its unlucky parasite host, though I wouldn’t be so sure of the arrogance of a lowly tick as I am of that of humans.

We humans don’t easily rationalise our claims to dominion of ‘Our Earth’ because it wasn’t dreamed up, designed and constructed by any human.
Neither was the comparatively thin film of life on its surfaces or in its waters to which humans also claim title and dominion.

No, our shared Earth during this tragic current time of self interest on a sugar high is carved up into rivalling blocks of  self interest human groups, all determined to prove their right to control it and by any force or devious justification rationale they can muster. If we go back several thousand years of human history you might find the root of this self asserted corruption of the natural order, I don’t know.

But all I am certain of is that as religions were then joined by states in declaring block entitlement to lands, seas and resources in places where they could enforce their influence, the original openness of a freely provided global ecosystem was slowly infested and this rate of infestation has grown as the human population has.
It has become so large now it has made itself into a force of nature (Anthroposcene), making itself into a vast consumptive pathogen infestation of its own planet sized host.

So this is where we are today, if we can see and understand this without all of the twisted time wasting constructs of denialism, then maybe we have a chance to veer away from what I see as the equivalent of us being passengers in an aircraft which is flying on auto-pilot as its pilots and crew party in the cockpit and are ignoring the altimeter which shows its now flying low enough to plough straight into a mountain that looms directly in its path.

We were born on this aircraft and are discovering that its pilots are no longer competent and motivated to protect us by avoiding hazards! It seems that a mountain up close & personal excites their adrenalin like getting their Range Rover free of an impossible quagmire before going home to evenings in with the old dog and dinner guests recounting their stories of escapologist glory.

Let us commit now to never voting for any politician who doesn’t get it, that we aren’t compulsive gambling gun nuts playing in a Good, Bad and Ugly gunfight reality show.

BTW – this isn’t a Halloween article by intent, its merely a coincidence.