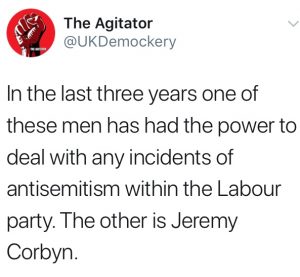 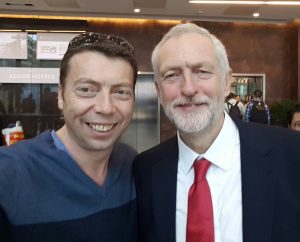 The whole anti semitism row in mainstream media recently is based upon what ?

Yes I know you’ve read the papers and watched tv or heard on the radio that apparently years ago Jeremy Corbyn , without looking closely enough , praised a piece of art that was offensive to Jewish people ..

But what do you really know ?

On this particular subject , Unless you’re Jewish , you can’t possibly know anything and any argument you put forward , any outrage you feel on the issue is not nor will it ever be valid , because you can’t possibly know what it’s like to suffer any of the terrible things people of different religion, creed or colour have and still are living with . 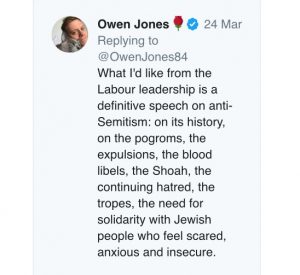 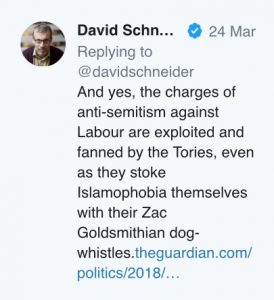 We can point out that Jeremy Corbyn has spent all his life fighting injustice and struggling for parity for all .

But we can never know what it’s like to walk in their shoes .. 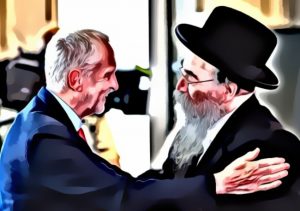 With the recent bombardment of smears against Jeremy Corbyn : Russia , Smiffy and accusations of anti-Semitism or at least tolerance of it because of a mural from 2012, anyone would think there were local elections coming up in May… Oh wait… 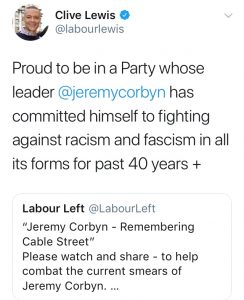 Yep that is right , Local Elections are due in May and the idea that Labour will do well in those elections under the leadership of Jeremy Corbyn is intolerable to the Conservatives and their corporate supporters.
Why?
Because Jeremy Corbyn represents everything that the rich and privileged loathe.

He represents equality and fairness for all in society, which includes taxing the rich fairly and approaching diplomacy peacefully in order to avoid war.

That is why the right-wing media and these dirty handed politicians are doing everything they can to subvert democracy and disparage Jeremy Corbyn at every possible opportunity, however small and ridiculous that smear may be.

We are never going to agree with each other 100% of the time. It is an impossibility. Sometimes, especially on social media we will comment on things without knowing everything about what we are commenting on and we make errors in judgements, we’re human.

It is not like he was suggesting we should use eugenics on the poor ?  If someone had said things like that, we should be up in arms .. 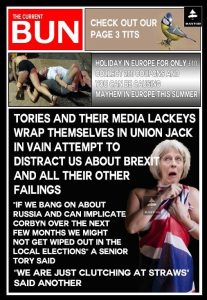 Or if someone had a significant number of Westminster paedophile ring files in their care and lost them, without any back ups and we just ignored that and continued to vote for that person, without any uproar. Oh wait… 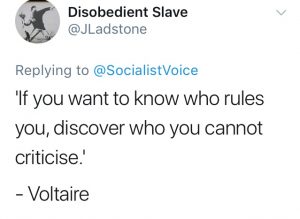 Lets get some perspective here, why do we hear about every time Jeremy Corbyn may have put a foot wrong? Sometimes trawling back decades to find anything to smear him with yet we are not reminded of the recent heinous misdemeanours, corruption and crimes of Conservative MP’s?

Jeremy Corbyn has always voted on the right side of history, which can be seen via https://www.theyworkforyou.com/mp/10133/jeremy_corbyn/islington_north
He has always fought for peace and equality throughout his time as an MP.

So a twitterstorm is being arranged for Monday evening 5.15pm . To show support for a man that is wrongly accused of so much simply because he is so many people’s only hope for a better way of life.

So , let’s swamp twitter with everything we can lay our hands on in regards to Jeremy’s record on fighting racism and anti-Semitism with the hashtag #JCRecord2BProudOf 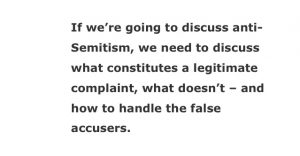 There may well be some on the left who have not taken antisemitism seriously or been dismissive and disrespectful about it , perhaps because some see white middle class Jews as fake victims of racism . This marginalising and belittling attitude is perpetuating antisemitism. We do need the Chakrabarti recommendations to be implemented immediately and for Labour to begin a strong educational culture to raise the level of understanding of racism and how to challenge effectively from a socialist anti racist perspective.