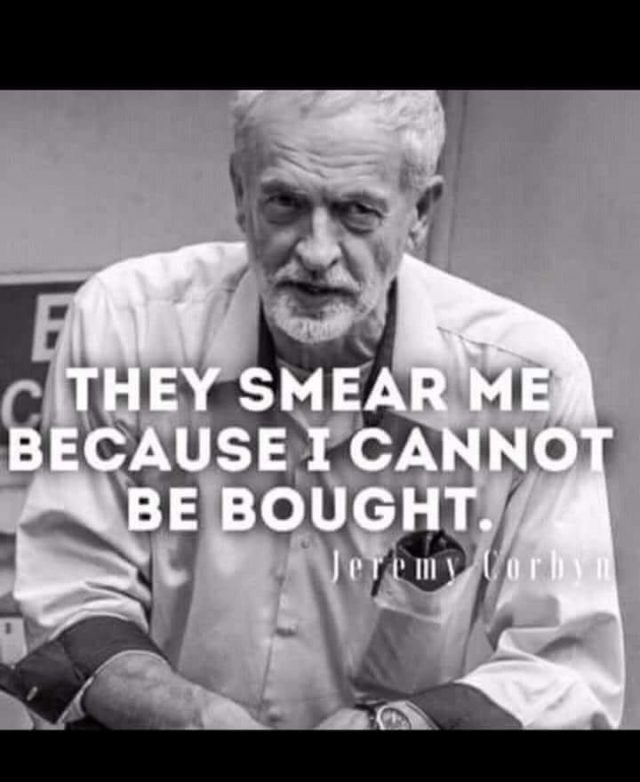 I got angry when George Galloway was ousted from Labour for arguing against our participation in the Iraq war, but I decided that, that informed me how controlled politics is, controlled by people who have little in common with me and don’t represent my views or beliefs.

I got angry when Jackie Walker was ousted from Labour and Momentum for voicing her opinions about Israel, but I already knew, the parliamentary party did little to support open debate or common decency.

I’ve been furious for two or three or maybe even four years now, about a succession of deliberate coups, designed to stifle debate and squash representation of the many Labour members, supporters and voters, of which I am one .. But I knew that Parliament has long been behaving in this way and what good had my anger ever done ?

So when Chris Williamson was ousted and Constituency Labour party’s as well as members told not to debate it or stand up for him on threat of losing their membership, following fast in the footsteps of certain PLP mps latest desertions and/or treachery .. what could I do ?
What could I do that may have some meaning in time, in the near and further future that my children will inhabit.. ?

I can do what Jeremy is doing.

Trust, that the staff around me will eventually sort the issues surrounding #Tinge . 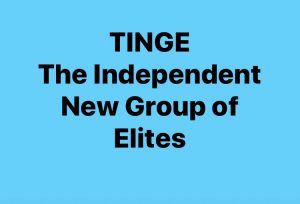 Know, that the accusations against Chris, will be investigated and resolved and that Chris will not stop fighting for what’s right, regardless of his position in or out of the party, much like George Galloway has done.

Believe, that the beautiful people of this country already know what’s right and what’s wrong and are agreed, regardless of the bullshit tales of division and ‘infighting’, and these people, you and I, will not stop, supporting a fairer world for all. 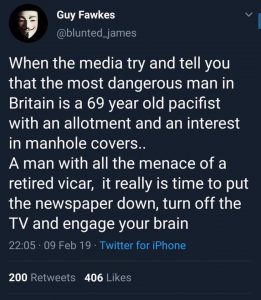 So, what I can do, is try to focus my energies where they’re needed, on fighting the punishing ideology of austerity imposed on the people of this country by the Tories, supported by the neoliberal, capitalist, I’m alright Jacks in whichever position in government they are occupying.
I can stand up for our NHS and keep telling the people about the privatisation going on.
I can continue to fight against fracking, dirty energy sources and fraudulent means of waste disposal.
I can keep shouting about people’s rights. For the disabled, the vulnerable, the old and the young .. 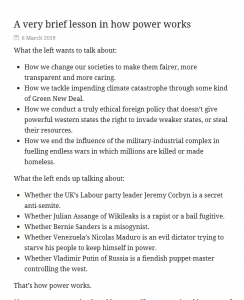 I can and will do this, instead of getting angry while staring dumbfounded at the tv screens depicting the four horsemen, Conquest, War, Famine and Death, all appearing on good morning Britain, Question time and News night etc..

I can do what Jeremy is doing .. 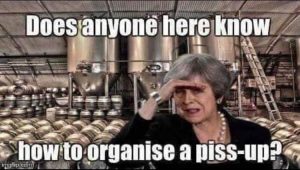