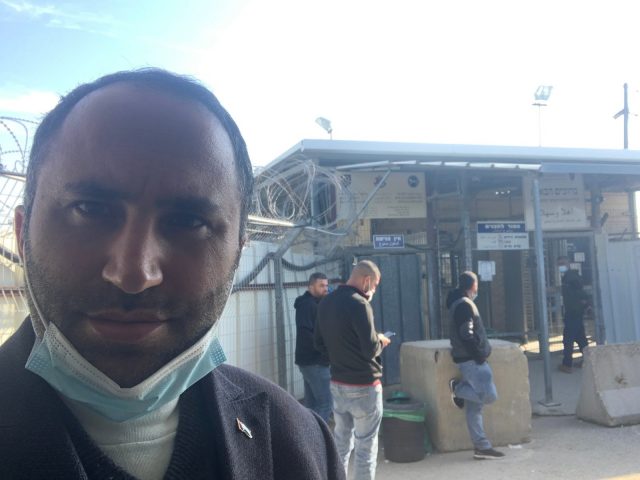 Amro who has previously written for ‘The Guardian’ stated: “Today Israel announced that Palestinians are not allowed to peacefully protest the Israeli occupation without a permit from the occupier,” Amro stated. “This conviction is the military system against the Palestinian nonviolent resistance. It aims to suppress my voice and end all activism against the Israeli occupation.” Amro’s Israeli lawyer Gaby Lasky added: “The military court is just an organ of occupation. The [indictment for nonviolent protest] is an example of how the courts are used in order to deter the important voices of human rights defenders.” The sentencing is scheduled for February 8th.

The indictment, first presented in 2016, included 18 charges related to Amro’s community organizing deemed “baseless,” “politically motivated” or “physically impossible” by Amnesty. The military judge convicted Amro on six counts: three counts of “participating in a rally without a permit,” two counts of “obstructing a soldier,” and one count of “assault.” These surround Amro’s participation in the peaceful “Open Shuhada Street” demonstration in 2016; Amro’s participation in the nonviolent “I Have a Dream” demonstration from 2013 in which participants wore masks of Obama and Martin Luther King; one count of obstruction relates to a nonviolent sit-in protest in 2012 calling to re-open the old Hebron municipality building; one count of “assault” by “shoving someone”, related to a previously-closed case from 2010, an incident for which the indictment had included an obstruction charge (acquitted) for Amro yelling “I am being assaulted” in the Israeli police station prior to Amro being carried out to an ambulance on a stretcher.

In 2019, UN Special Rapporteurs called for Amro’s protection and expressed “concern” over the charges. In 2017, thirty-six British MPs, thirty-five U.S. House Representatives and four Senators including Bernie Sanders sent letters highlighting that some charges were not internationally recognizable offenses and that Amnesty would consider Amro a “prisoner of conscience” if convicted. His case was highlighted by the British Foreign Office. Issa Amro is the co-founder and former coordinator of the Hebron-based Youth Against Settlements initiative. In 2010, he was declared “Human Rights Defender of the year in Palestine” by the UN OHCHR and he is formally recognized by the European Union. He won the British One World Media Award in 2009 for his involvement in B’Tselem’s camera distribution project. He has spoken at the UN Human Rights Council on numerous occasions.