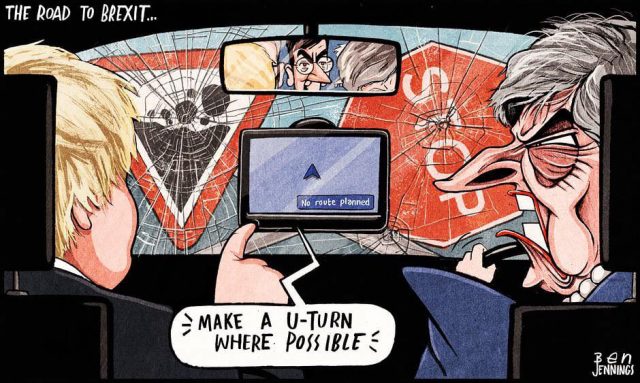 Theresa May survived a challenge to her leadership tonight in the 1922 Committee Room. This was not a victory but merely a postponing of the inevitable.

Out of 317 Tory MP’s 117 rebelled against her leadership leaving her mortally wounded.

Although 200 of her MP’s voted in support of her she is now a lame duck Prime Minister in charge of an increasingly fractious party.

She now presides over a minority Government without the support of the DUP and as such will be unable to pass any legislation in the House Of Commons.

This a really good result for Labour, she is now mortally wounded without the support of her backbenchers. She has no idea of what she is doing and cannot be removed by her party, They will tear themselves apart and implode, there will be a General Election within months and the Tories will be absolutely destroyed.

117 Tories voted against her tonight, if that was replicated in a ‘No Confidence’ vote she would be gone.

Jeremy Corbyn has been extremely astute and instead of listening to those who would blunder in blindly and allow the Tory MP’s to rally behind her, he has given her the rope and she has literally done the job for him and committed political suicide with her total incompetence over the last two and a half years of political inertia whilst she and her bigots have fixated on Brexit instead of governing the country.

She cannot survive beyond the Spring never mind 2022, Brexit will probably not happen, certainly not with the timescale planned for when she prematurely signed Article 50.

I predict a General Election by early Spring, certainly by May to coincide with the Local Elections.

May will be gone by the end of May.

Imagine Being Locked Up For A Crime You Did Not Commit