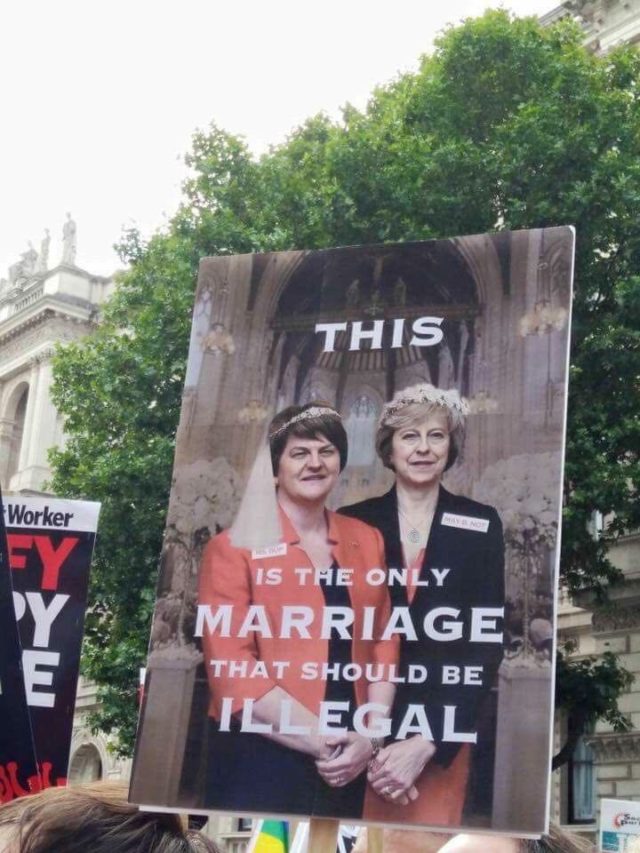 This week saw the Secretary of State for Northern Ireland, James Brokenshire, introduce the budget bill for the Province at Westminster. After months of behind the scenes negotiations, both the DUP and Sinn Fein have been steadfast in their election pledges to their electorates. The problem being, however, neither side has room to manoeuvre, and the end result is the first steps to direct rule being implemented.

The Good Friday Agreement is close to becoming unworkable. The agreements made in it, and the subsequent St Andrew’s Agreement, are still yet to be acted upon and for the Nationalist / Republican side of the house, there is a feeling that enough is enough. It may have been the RHI scandal that brought down Stormont, but it is the equality agenda that stopping the institutions of government being restored. 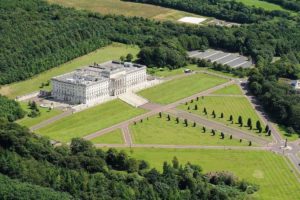 The main sticking points are the introduction of an Irish Language Act and the legislating of marriage equality. And the DUP are vehemently opposed to both. They have deemed Sinn Fein to have politicised the Irish Language whilst ignoring the growth of the language in the province. Irish language schools are growing, pupil numbers are growing, yet the DUP label this as “cultural supremacy”. The irony seems lost on them that from basically March through to November, public roads are routinely closed to allow the celebration of Orange culture. The Orange Institution that is brazenly anti-Catholic. Not to forget the cost to the public purse to police the hundreds of marches that endlessly occur. 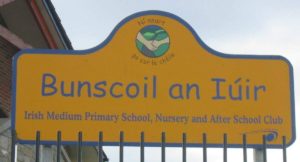 However, whatever label they attach to the Irish Language, pales in comparison to the abhorrent terminology they use to demonize the LGBT community. From maintaining a blanket ban on homosexuals donating blood to denying them the right to marry, the rhetoric used induces a nausea that resonates.

Yet these are the outlandish demands from Sinn Fein that the DUP staunchly oppose. Is it any small wonder that Sinn Fein, a party intrinsically linked to violent armed struggle, can rise in popularity and strength to challenge to be the largest political party in Northern Ireland? Is it not somewhat paradoxical that the Republican Party is the one demanding that Northern Ireland citizens have the same rights as those living in the rest of Great Britain? It seems equality is a popular notion, even in this forgotten state.

The duplicity of the DUP, however, cannot be maintained forever. The current point to wriggle on is their insistence that they did not agree to the provision of an Irish Language Act in the St. Andrews Agreement. They insist this was an agreement between the British Government and Sinn Fein and not something they agreed to implement. Unfortunately for them, no matter how they wish to spin it for their electorate, it is in the agreement. And they signed up to it.

Their duplicity also extends to the current Brexit impasse too. Whilst publicly stating they do not want to see a return of a hard border on the island of Ireland, they are opposed to Northern Ireland remaining within the custom union. They also oppose any border control being created between Great Britain and Northern Ireland. This would be a classic case of wanting to have your cake and eat it, if it wasn’t for the DUP’s Nelson McCausland stating that he didn’t care what type of border there was between the north and south of Ireland. A confirmation, if it were needed, that ultimately the DUP will only serve their own needs and not those of the majority of people in Northern Ireland who voted to remain within the European Union.

Certain forces are combining now to box them further into their corner. Their short-sightedness at having entered a confidence and supply arrangement with the Tories, has them believing they hold the upper hand in Northern Ireland. What they seem to have miscalculated, is the spectre that lurks over the border: of their sworn enemies Sinn Fein’s continual rise. Whilst the DUP are the Tories’ vote provider, Sinn Fein are on an ascent to real power. Like the Labour Party in Great Britain, Sinn Fein in the Republic of Ireland have harnessed the power of the nation’s young people. The young electorate have been sickened by a succession of corrupt politics and broken promises that lie in the wake of Fianna Fail and Fine Gael. And Sinn Fein has grown on its presentation of the party that fight social injustice.

And yet whilst the DUP insist they did not agree to an Irish Language Act at St Andrews, they also choose to ignore this final statement from Annex C of the agreement :

“Failure to agree to establish the Executive will lead to immediate dissolution of the Assembly, as will failure to agree at any stage, and the Governments will take forward new partnership arrangements on the basis previously announced.”

It does not take a rocket scientist to understand that St Andrews created an onward strategy in the event of a collapse of power-sharing in Northern Ireland. New partnership arrangements for the governing of Northern Ireland by the British and Irish Governments. For all their spin and duplicity, at some stage the DUP will eventually reap what they have sown. Be that seeing Sinn Fein surpass them as the largest party in Northern Ireland, or Sinn Fein in government in the South, or maybe instead of direct rule, a new joint authority being put in place for Northern Ireland. Perhaps their smoke and mirrors position over the Irish border question post-Brexit will prove their undoing and a special status for the Province strengthening its ties to the south whilst weakening the union with the UK? Surely they haven’t hung their hat on Theresa May resolving the land border issue for them?

Should any of the above scenarios come to pass, the DUP will be plunged into an unprecedented level of soul searching. Are any of these outcomes worth grandstanding over the Irish Language or marriage equality? Are they focused solely on winning battles whilst simultaneously handing all the trump cards to their opponents? They may find that all routes at the equality crossroads leads to the dead end for the Union.