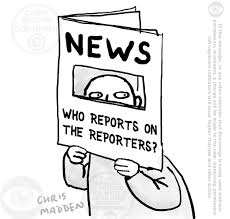 This week has been yet another week of constant tit for tat accusations against Labour and Jeremy Corbyn, either personally or by association. 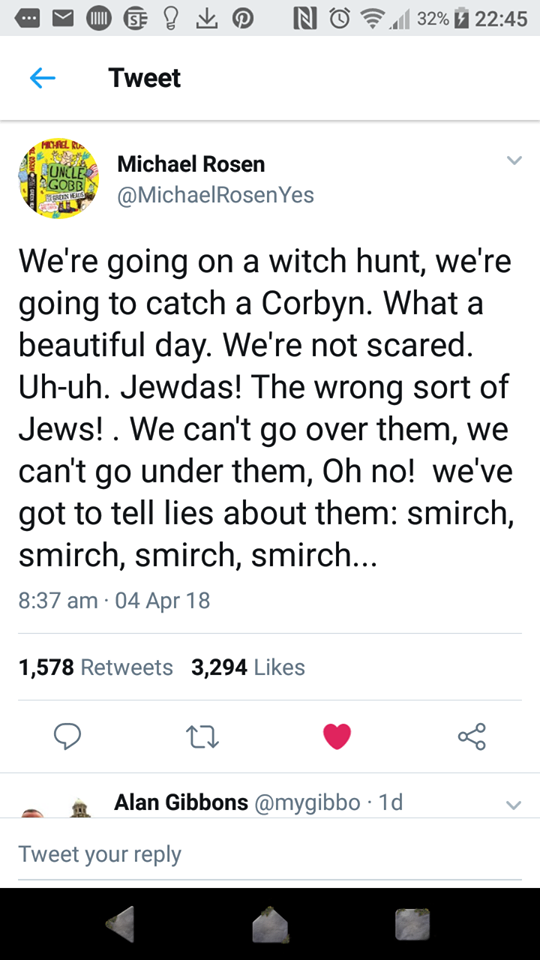 Many of our National papers have been making a mockery of themselves and our country, but its growing tired and people are turning to the many sources online where they realise they are far more likely to read about actual news rather than made up tit-for-tat sensationalism such as, Jeremy Corbyn spends time with Jews but they are the wrong kind of Jews!

On Wednesday, the BBC 10’o’clock News led with ‘Prince Phillips, hip replacement’ it was the top story with 4.9 million viewers. Whilst on Twitter, ‘Porton Down scientists can’t link nerve agent to Russia’ was viewed by 12.6 million Twitter users making it the top trending news item. 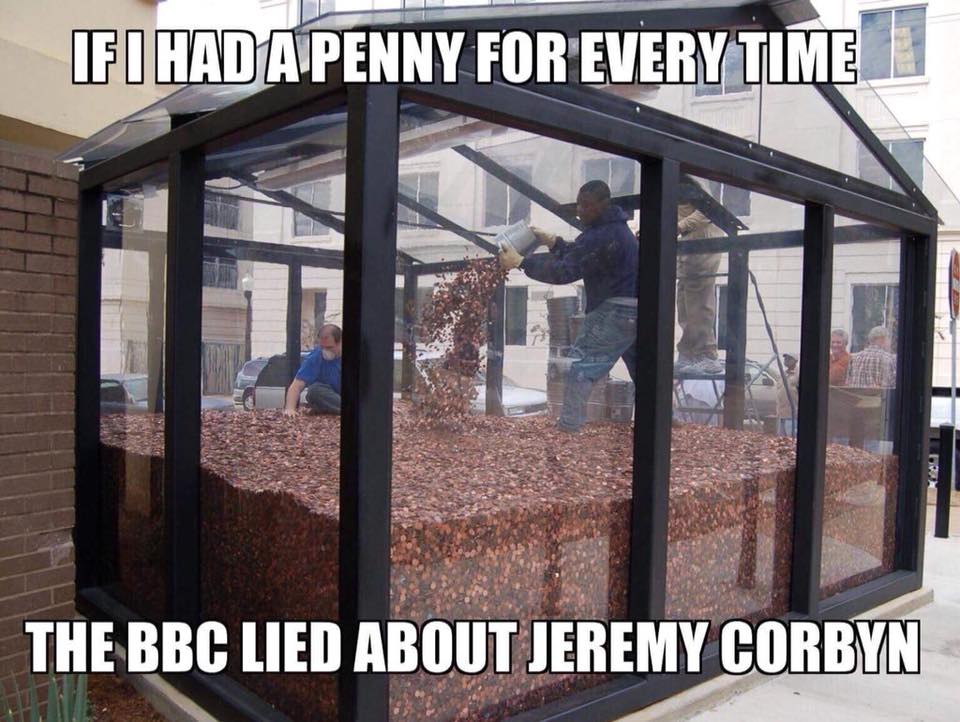 People are giving up on conventional media sources and national papers like The Sun, The Telegraph, The Daily Mail and The Times. 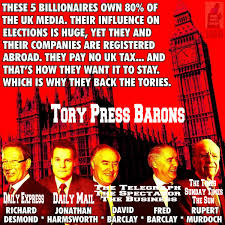 Despite this, these papers still have a reasonably large readership, these people do not fact check, happy to be spoon-fed the latest propaganda from a handful of foreign billionaire press barons.

We have been bombarded with accusations of antisemitism within the Labour party and specifically attacking local councillors across the United Kingdom.

The accusations are weak at best and many relate to support for the treatment of Palestinians and criticism of Israel but none of the councillors being judged have ever directly criticised the Jewish people or their religion, nor participated in hate speech.

The sensationalist headlines are fooling people into believing that these people are guilty of hate crimes and whilst they forget the names as time passes, the National press will then recycle the same old stories over and over again when they next feel it suits their agenda.

Suffolk Councillor, Luke Cresswell was accused of anti-semitism in 2016 and suspended that same year in June. Luke Cresswell criticises Israel for their treatment of the Palestinians but has never criticised the Jewish religion or Jewish people.

The article dragging his name through the dirt couldn’t even specify what he had done that was anti-semitic but yet every six-months Luke’s name is dragged through the press again.

Luke was investigated by the Labour Party, the Police and the Crown Prosecution Service and was cleared of any wrong-doing. Having been found innocent he was reinstated and continued his tenure as a councillor.

Yet with the constant press harassment, Luke finds himself not only under attack with false claims from the media but has also received death threats and constant harassment by the group ‘Campaign Against Antisemitism’.

Campaign Against Antisemitism is a group that formed in 2014 directly after the protests in London where a 150,000 strong crowd gathered to rally against the treatment of Palestinians by the Israeli government. They seem to promote the interests of the Israeli government and attempt to tar anyone that speaks against Israel as an antisemite.

This contradicts the agreed International definition of antisemitism, which clearly states that criticism of the Israeli state is not antisemitism. 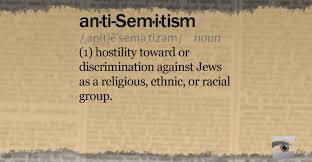 Cresswell sits on a precariously marginal seat, having only won by 1 vote more than his conservative competitor and you have to wonder if he is being maliciously targeted for this exact reason.

Luke will be taking action against Buzzfeed, The Times and The Telegraph and is awaiting confirmation from IPSO re his case. He was recently elected to stand for nominations on Labours National Policy Forum but in light of these articles, he worries that his nomination may be rejected.

At Luke’s nomination meeting, Luke answered uncomfortable questions regarding his suspension and accusations of antisemitism by who he thought was a Labour member. However, after the release of these new articles, he discovered that the questioner had in fact been a journalist for The Telegraph.

He stated “It feels like I will be forever tainted with this label and it has affected my life and career, I’ve tried to apologise, I’ve tried to lay low and hope it blows over but it is continuously brought back up, it feels like there is nothing I can do. I feel like the only thing they want from me is to stand down and then they will stop.”

His experiences are shared by a number of councillors who were dragged through the media this week.

Other councillors brought up in the recent articles are also sitting on marginalised seats including Crouch End candidate Charley Allen and Rosendale councillor Pam Bromley.

Both councillors have been accused of antisemitism but once again there is no direct correlation to them having been hateful to Jews, they have criticised Israel or in Pam’s case made reference to the power which is held by the Rothschild family.

Much of the evidence being used against these individuals has been dug from the murky depths of facebook or twitter posts from years ago. Only yesterday another Labour councillor Ali Milani was accused of anti-semitism for a post he wrote in 2012. The Telegraph headline read “Labour Candidate Ali Milani Caught in New Antisemitic Row”. This isn’t new! This is old news! 2012! That was six whole years ago… Even an old debt can’t harass you for this amount of time.

Burnley Councillor, Shah Hussain was also slandered in the aforementioned articles and during a phone call, he stated that every time elections come around the accusations of antisemitism are raised again.

Shah was accused of anti-semitism because he compared the actions of the Israeli state against the Palestinians, to those of Hitler.

Once again he was not directly hateful to Jewish people or their religion but is critical of the actions of Israel.

Shah Hussain apologised for the 2014 tweet, which was brought to attention in 2016 and was suspended in May of that year but was cleared of wrong-doing and re-instated to carry on his tenure as a local councillor.

The Telegraphs headline published seven days ago reads ‘Labour quietly re-instated six councillors who posted anti-semitic messages’. The word quietly makes it sound like they did it on the sneak, which is not the case and secondly that they have only just re-instated these six councillors, which is also a fabrication. This is not news, its recycled slander on cases that have already been investigated and they are dragging people that have been proclaimed innocent through the dirt over and over again.

Shah finds himself battling against the accusations like many of his Labour peers tarred with the same brush. He also finds himself facing harassment via social media and had to take a year break from Twitter. Yet he is more determined than ever to face the adversity and keep helping the people of his ward as best as he can.

The accusations have made him more careful about what he says or his use of words online but like many of the other councillors, his views on the unfair treatment of the Palestinian people by Israel is unchanged.

One of the underhanded tactics at play here is that each election the names of candidates are smeared a few weeks before voting with little time for those candidates to clear their names. This has the ability to change the voting intention not only for the councillors highlighted in the articles but party wide.

So there we have it, the story here should be that we have a national press that is so hellbent on using their influence to sabotage democracy, attacking people because they are easy targets, already in their database. Easy targets to bring up every election to suit their agenda.

All this without any thought to how it is affecting the people they are targeting. Some of these people have families that are also facing harassment and unfair treatment.Their indomitable strength to keep on despite the constant witch hunt against them is admirable.

This story is not the abuse or hate speech of Jewish people or their religion. Every councillor agrees that any form of racism and hate crime is abhorrent. Labour is committed to tackling issues of anti-semitism, which is more than can be said for our national press which stirs up hatred for political gain.

Jeremy Corbyn faces this constant barrage of accusations, smears and outrageous claims on an almost daily basis since he became the leader of Labour Party. How he does it is a marvel and shows incredible strength. However, this week, the discovery was made that it is not just the leader that shows this strength of will and fortitude against whatever is thrown at him, it is many of the party members that are standing strong and staying resilient against the sticks and stones our corrupt and immoral press throw at them. 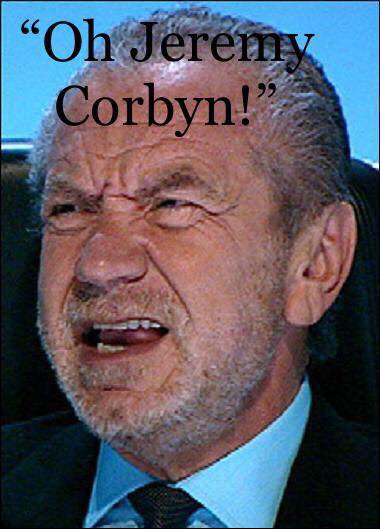