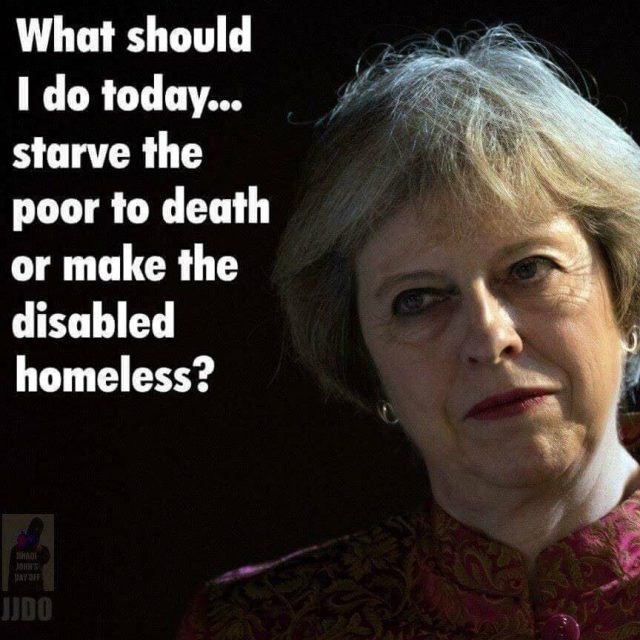 Every single morning I finish work at 6am, I cycle 13 miles home, I cycle through the local city centre and over the last few years along the same route I find my heart breaking more by the day.

I can’t remember exactly when it became obviously noticeable to me, I guess it was when I noticed the first few small single person tents in shop doorways, but once it became obvious it just kept getting worse, then the numbers of people sleeping out in all weather’s seemed to explode, the last few years have gone from bad to worse. 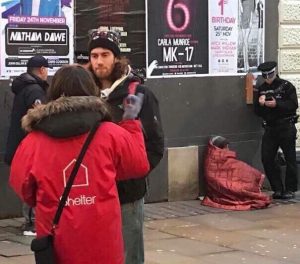 The city I cycle through isn’t a large City, it isn’t a prosperous city, but to see the amount of people that are living in tents on traffic islands, under bridges, on benches, lying on freezing cold pavements is just… well to be honest I can’t even find words.

Over the months I’ve stopped and talked to as many as I can, I get the coffees and bacon sarnies in when I can and share my baccy with them, it’s a mixture of both men and women, a mixture of young and old and I’ve spoken to more than a couple that are in employment, a high percentage clearly suffer from mental health issues, some have ended up where they are because of broken down relationships, the huge majority are there because of housing benefits cuts and the complicated and useless universal credit, but all of them are where they are because there simply is no support at all. 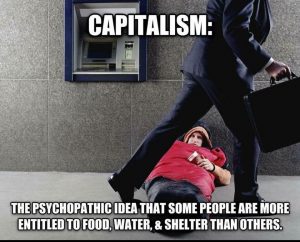 I’ve got to know quite a few fairly well, and I can assure those that think the majority of our homeless are victims of drug and alcohol abuse couldn’t be more wrong, in fact only a small percentage of them are addicts to either drugs or alcohol, the reality is, this could be any one of us, the unfortunate truth is that we are all just one pay day away from poverty, the undeniable fact is that all this could have been avoided, but instead we have a government that would rather give one hundred and ten billion pounds worth of tax breaks to multimillionaires and billionaires rather than pump money into affordable social housing and support projects for our citizens that are living in a horrendous never ending nightmare of permanent fear, permanent despair and permanent hopelessness.

I wish I could do so much more.