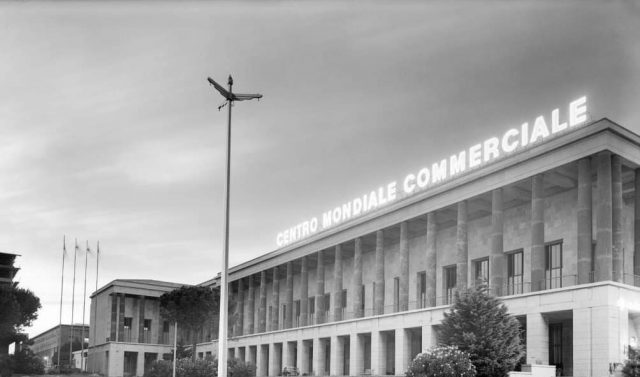 THE ASSASSINATION OF JFK AND THE NATO STAY-BEHIND NETWORK

As explained at the very beginning of my book, Centro-Mondiale-Commerciale : The Italian Undercover CIA and Mossad Station and the Assassination of JFK,

, When in 1967, the New Orleans DA Jim Garrison, not fooled by the American government’s version of events provided by the Warren Commission, reopened the investigation on the 1963 Dallas ambush, he found out a conspiracy involving a businessman linked to the far-right —Clay Shaw. But Garrison also found out that Shaw was member of a company in Italy,Centro Mondiale Commerciale, and that CMC was the Italian branch of Permindex, a highly enigmatic and suspicious multinational corporation. 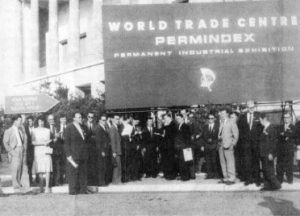 Jim Garrison got to know only an extremely small part of the list of names involved with CMC, though. The ground-breaking news is I, instead, was fortunately able to acquire the whole company papers of Centro Mondiale Commerciale, and that I analyzed those papers in my aforesaid book. What emerges is an impressive number of never before known aspects of the assassination, one of the most intriguing is for sure the connection between CMC and the CIA and NATO anticommunist Stay-Behind network, since one of the main CMC members was Giuseppe Pièche, as my exclusive documents reveal.

On July 7, 1960, an alliance agreement was signed in Rome between US Freemasons and Grande Oriente, the most high-profile Italian community of Freemasons. At the signing ceremony, two men represented Italy: Antonio Trabucchi, a member of the Italian government, and Publio Cortini, the Grand Master of the Italian Freemasonry. The United States were represented by the Ambassador James Zellerbach and by a certain Frank B. Gigliotti. 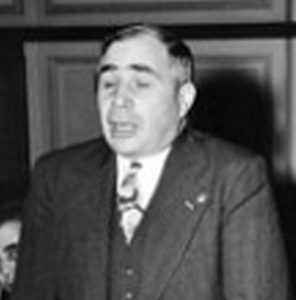 Apparently, the event had no mysterious connotations. However, years later it became clear not only that Gigliotti was a CIA extremely powerful agent, but also that this ceremony had secret clauses, the first of which was to stop John Kennedy from becoming POTUS. But in order to complete the argument, we should move on to January 24, 2011, when Bruno Rozera was interviewed by L’Espresso, a well-known Italian weekly magazine. Rozera was a top member of P2. P2 was an ultra-secret Italian Freemasonic lodge not only deeply connected to CMC, but also to the Unorthodox warfare the Stay-Behind network is based on. The crux of the matter is that Rozera reveals in his interview that the organizer of the anti-JFK Gigliotti’s mission in Italy was Giuseppe Pièche.

An eminent general under Mussolini, Pièche, after WWII, became an equally eminent figure of the Unorthodox warfare against communism under the auspices of NATO and the CIA. In fact, Pièche, with the full complicity of the then Italian Interior Minister, Scelba, created and directed an entity, ServizioAntincendi. He was helped in this venture by a soon-to-be member of P2, Edgardo Sogno, who, in the 1990s, made several public declarations in which he himself clearly qualified this Antincendias a NATO project linked to the Stay-Behind network.

In effect, evidence emerged over the years, that show how Pièche, through the Antincendi, had abusively filled secret files on notable individuals in the Italian progressive movements —unions, show business, politics, and so on— and that he had also allowed and protected neo-fascist groups such as the ArmataItaliana della Libertà (Italian Freedom Army), the FronteAntibolscevico Italiano (Italian Anti-Bolshievic Front), and of Movimento Sociale (Social Movement), an Italian party eagerly nostalgic of the Mussolini’s era. That the complicity betweenScelba and Pièche hid illegal anticommunist goals is also confirmed by two 1948 CIA documents.

If all this was not enough, Italian intelligence papers show a strong symbiosis between the Anticendi and the GehlenOrganization; that is, the West German spy network created, with the will of the CIA, from the ashes of the Fremde Heere Ost, formerly spies of the Oberkommando des Heeres, Supreme Command of the Nazi Army. And in fact, both the FHO and the Gehlen Organization, later renamed Bundesnachrichtendienst (BND), were headed by the Nazi Reinhard Gehlen, who was head of the BND until 1968. What is more, a right-wing formation deeply connected to NATO and called Pace e Libertà (Peace and Freedom), created and co-run by Edgardo Sogno and the CMC member Giuseppe Pièche, was financed by the CIA head Allen Dulles, as revealed by Sogno himself. 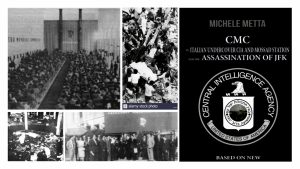 Besides, as learnt by the Italian Parliamentarian Commission of Inquire on P2, the aforesaid anti-JFK pact contained another secret clause. That of raising in Italy, Freemasonic lodges commanded by the CIA and NATO. One of them was in Rome. Its name was Colosseum, it was strongly linked to the US embassy in Rome headed by Zellerbach, and Rozera was part of it.

Finally, keep in mind what emerges examining the lives of the Fascist Junio Borghese and General Giovanni de Lorenzo, both fathers of Gladio, Italian branch of the Stay-Behind network. Not only were they both strongly connected to CMC people, but also to secret activities against JFK that continued and enlarged the Gigliotti’s anti-JFK pact. But more on this in a next article.