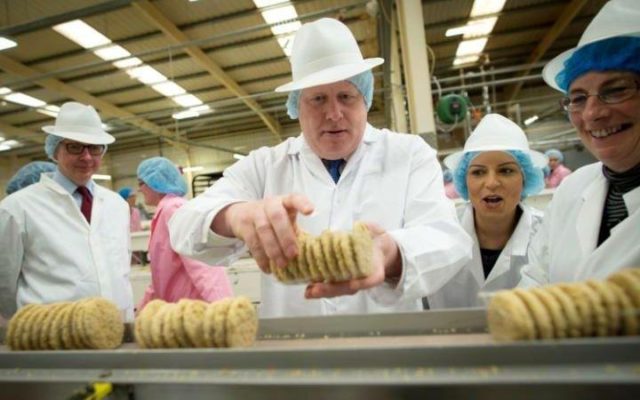 A black cloud of controversy has plagued the acting Conservative government in the last week, begging the question are they really the people we trust to run our country? 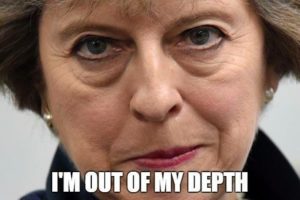 The resignations and suspensions of Conservative cabinet members are only the beginnings of reasons the public should be questioning the competence and morality of our parliamentary representatives and not just Conservative members as much as I wish I could just tar the Conservative party with wrongdoings.

Of this forty only just over a handful are being investigated, suspended or have resigned. Enough to appear like something is being done via the media. Though what the average person may not understand is that a resignation as an MP is not the same as a resignation from any other job.

When an MP resigns from their cabinet position they are not resigning from their ministerial position. They’ve been unprofessional enough to resign from part of their job and they can put on a big show.

‘Hey look at me, I’ve been a bit naughty so I’m doing the right thing, I’m resigning my cabinet post but then I plan to sit on the back benches until you forget who I am and what I’ve done’.

After a sufficient time has passed hiding on the back benches the shameless MPs can then return and take on cabinet posts once again, like Liam Fox and Peter Mandelson have done in the past.

This is completely inadequate punishment for people we vote for to represent us and I find myself agreeing with what George Galloway said on his Friday night Talk Radio Show that we must find a way to hold an MP to account once they win their seats. A seat shouldn’t be safe for five years no matter what the person who occupies it does or whatever party they hail from.

So putting aside the debauchery of a number of our parliamentary representatives this week, the tories felt they couldn’t stop there, they like to mix being utter failures at morality and professionalism with a dose of dishonesty and a pinch of mind-boggling stupidity.

This is where a twelve-day family holiday conveniently turns into meeting/visiting twelve officials/organisations, I’m guessing not so much family holiday as a Priti amount of self-interest meetings with state officials in Israel including the Israeli Prime Minister. 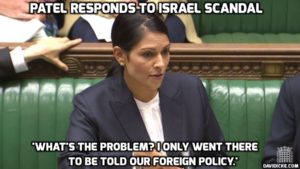 The Government has released a statement from the International Development Secretary describing her actions and the reason that her statements to the press have differed to the current Government statement. Though can we believe anything that comes from her mouth.

Here comes the clown, Boris Johnson has perhaps gaffed one time too many as he can now hold himself responsible for extending a British Mothers jail sentence for five years after he irresponsibly spoke about her without checking his facts, who would have thought, Boris Johnson speaking without knowing the facts? 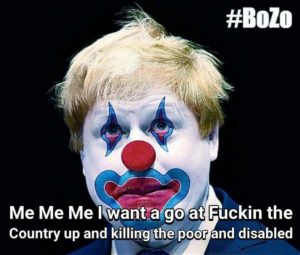 This time though, he is helping to destroy the life of a mother who took her child to Iran to see her grandparents in April 2016. She was arrested on suspicion of spreading propaganda against the regime.

On the 1st November Boris remarked that Nazanin ‘was training journalists’ in Iran. This is despite her having never trained journalists or having any journalism experience. On the 4th November, the British Mother was called into the Iranian court once again and it is believed that Johnson’s remarks have been used as proof against Nazanin, which could have dire consequences for her.

Though rumors are now circulating that Priti Patel and Boris Johnson face the sack. Theresa May faces pressure to give the pair the elbow but has she got the power and the courage to do so when she risks reducing her support in parliament even further?