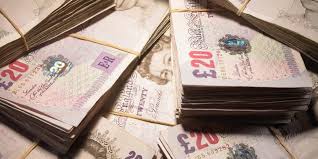 Local Labour councillors have reacted angrily to the news that a councillor on Tendring District Council has received the equivalent of £1293.25 per minute for sitting in the public gallery and watching a meeting of a council committee.

Under the rules governing councillors’ attendance at meetings, a councillor is required to attend a meeting at least once every six months but, at present, this can simply be as an observer.

Conservative councillor, Andrew Massey, has complied with this requirement by sitting in the public gallery as an observer of a Local Council Tax Committee meeting which began at 10AM on 21st February and concluded at 10.02AM.

This action entitled him to receive his councillor allowance for a six month period, a total of £2586.50.

There are presently 3 councillors at Tendring District Council who are receiving their member’s allowance for sitting in as an observer on an occasional meeting – Conservatives Andrew Massey and Giles Watling and Non-Aligned Laurie Gray.

Labour believes that this is bringing the entire council into disrepute and tabled the following motion in a meeting of the council on Tuesday, 27th March:

Propose that Council resolves that Article 2 of the council’s constitution, ‘Members of the Council’, be amended to include as an additional paragraph:

The motion has been tabled in the name of Cllr Garry Calver, the Deputy Leader of the Labour group and he hopes that it will have the support of every political group on the council.

Garry Calver says, “This situation is descending into a farce. These councillors are exploiting the wording of the legislation and, by so doing, are undermining the public’s respect for the hard-working councillors in all parties who put in the hours and attend all of the meetings. All three of them should be ashamed of themselves.”

Following on from the meeting, it was disclosed that two of the Conservative councillors decided to argue against the proposed changes and made fools of themselves as they ended up outnumbered by those that felt changes needed to be made.

The Conservative leader of the council, Neil Stock accepted that the Tendring District Councils constitution needed an amendment in light of the observations that Conservative Councillors had been taking advantage of the wording and a cross-party agreement was made.

Whilst this sounds incredibly weak it was the best the Labour councillors could have hoped for as the legislation covering the issue is so poorly worded that anything stronger would have fallen foul of the legislation.

One of the members confirmed as taking advantage of this loophole in Tendring District Council’s wording is a senior member of the Conservatives, Giles Watling MP, the newly elected member of parliament for Clacton.

Once again this shows the contempt that many senior Conservative members have for their positions and the people that they commit to serve.