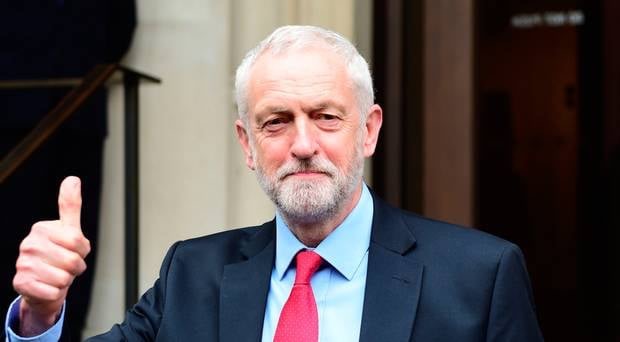 For everyone who gets asked about Jeremy Corbyn ✊🏼 Here is a compendium of replies from Koser Saeed at https://www.facebook.com/spotlightnewspaperuk/

This profile is about 9 pages long so brace yourselves…

A woman's right to choose, free from intimidation or harassment, must be protected. https://t.co/TcA2XRS898

Looking forward to joining you there.https://t.co/SI4fSy5jJW

The UK should reject the dangerous Trump-Netanyahu coalition to end the Iran nuclear deal.

We need more diplomatic breakthroughs like the Iran nuclear deal to advance global peace and security.

One rule for the rich and another for the rest of us.https://t.co/001mFefNpC

I think what the US president is saying, is that Boris Johnson is exactly what he has been looking for, a compliant Prime Minister who will hand Britain's public services and protections over to US corporations in a free trade deal. https://t.co/kcg2jkYi0o

It's been over a decade since the financial crash and they haven't changed.

Labour will fix this broken economy.https://t.co/b5zVBNmtJK

As people come together to celebrate Caribbean culture, multicultural Britain and black history at Notting Hill Carnival, we remember those who died in the Grenfell Tower fire, and stand in solidarity with a community still fighting for justice.

Labour in government will send a clear message that the abuse of our natural world and brutality towards wild animals will not be tolerated. #BanTrophyHunting https://t.co/IhemnL8ycx@DailyMailUK

Children are living in shipping containers and going to school hungry.

The Conservatives are failing a whole generation.https://t.co/3PBxp3uTbE

Proud today to announce @UKLabour commitment to a ban on keeping primates as pets as part of our wider plans to make animal welfare laws up to date and fit for purpose. https://t.co/uZskaSir4q

"We must target government autumn spending statement to refund education."-@jeremycorbyn

🤝Together we can pressure this government to properly fund education.

Me on #Ridge, re @jeremycorbyn & @UKLabour plans to revive high streets. “We’re giving power to councils, to take properties left for 12 months into mgmt’. New start ups, charities & not for profit orgs could use those properties & for somewhere like Consett, that’d be brilliant” pic.twitter.com/GRMIy7Nu7J

We have to stop big money running our politics.

Labour will ban donations to political parties from anyone not registered to pay tax in the UK.

If you don't want to contribute to our public services, you shouldn't be able to influence our democracy.https://t.co/E4CCBBSOfr

This BBC article reveals some factors which determine how well you're paid.

But it misses a key one: joining a union.

So here's six reasons why you should join a union: https://t.co/32tGeeEx0W

We need a #NorthernBudget. Labour will end the north-south divide once and for all. https://t.co/lHk3SNNLme

We urgently need genuine, bold investment to save our NHS – not recycled money which was already promised to our hospitals. pic.twitter.com/Rg1bj8ieGn

By slashing youth services, the Tories created the conditions for crime to thrive. Our young people need better.

Labour will address the causes of violence by introducing a properly funded youth service backed with new legislation.
https://t.co/mCtkJs7ow9

This is about what kind of country we want to live in.

Boris Johnson who offers tax cuts to the richest and walks by on the other side of the road.

Or Labour, who will end rough sleeping and invest in our communities.https://t.co/f4LLQQ8NZM

The government has known for years that floods are the direct result of global warming, yet it has failed to tackle the causes or prepare for the impact of the climate emergency.

Thank you to the emergency services and RAF who have worked to protect people in Whaley Bridge.

If Boris Johnson doesn't ban fracking we will not meet our net zero emissions target by 2050. pic.twitter.com/XjszqabzjE

Today marks the 70th anniversary of the Legal Aid and Advice Act, making sure that justice isn't a luxury for the rich.

Out of the destruction and rubble of the Second World War Labour transformed our country. pic.twitter.com/aOIAsddNuJ

Here's how Labour investment in the Mersey Tidal Power Project will help power up the north and kick-start a Green Industrial Revolution.https://t.co/R2Jol9iSyV

We'll kick-start a Green Industrial Revolution, power up the north and create thousands of new jobs.https://t.co/2VY2hSpyxS 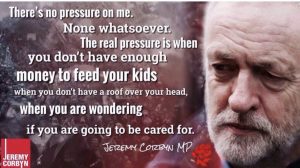