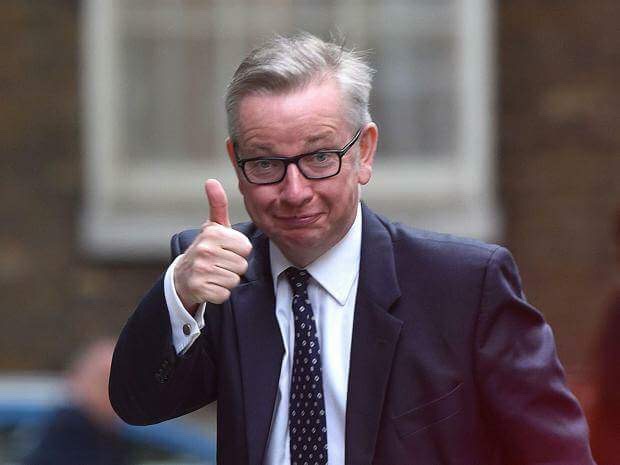 Maybe I was on holiday when we had the workshop on contextualising “foot-in-mouth” gaffes? I am struggling to fathom, in the week that was, how a government minister can dismiss ill judged comments in an interview as a “clumsy attempt at humour”, hot on the heels of Jared O’Hara’s public unveiling of his mysoginistic, sexist and homophobic posts on social media.

Now I am certainly not an apologist for Mr O’Hara’s disgraceful comments. He has been rightly condemned from all sides for his idiotic actions. When the great and the good, like Sarah Harding (who behaved so well on reality television this summer), admonish him for his behaviour, we know that the beating heart of the British public has been well and truly alerted to this embarrassing episode. If you want people to pay attention, get the issue on Loose Women, or some other soft focus medium for the masses.

Yet if we consider, in seriousness, the comment made by Michael Gove, I am struck by the lack of Westminster outrage, certainly not yet in the same vein that Mr O’Hara attracted.

Mr Gove likened being interviewed by John Humphries to going into Harvey Weinstein’s bedroom. He further quipped that he hoped that he would emerge with his dignity intact.

Where do you start to analyse the context and thoughtlessness of such a crass joke?

The Twitter hashtag that went viral in the wake of the Harvey Weinstein revelations. And it went viral because sexual bullying and harassment of women is widespread. Not just in Hollywood it transpires, but in almost every workplace.

Mr Gove has issued a grovelling apology. He admits to making a clumsy attempt at humour.

Why doesn’t Mr Gove explain his thinking around this “joke”. We are all adults. We would love to hear an attempt to justify the humour here.

How many women when leaving Harvey Weinstein’s casting couch, hotel room, office or from just being in his company, were not able to leave with their dignity?

How many lost their dignity through no fault of their own?

How many lost their dignity for something outside their control?

And how many women are suffering the indignity of the advances of sexual predators in workplaces all over the country? Our society, we are told, does not tolerate sexual assault. Do we tolerate making jokes about it however?

When #METOO went viral, it was almost as if a collective female voice had spoken and society stood behind it.

Yet in the wake of Mr Gove’s joke, the most powerful female in the country has remained silent. The strong leader of the stable government has yet to do anything to discipline the Environment Minister.

The manifestation of weak leadership.

It is rumoured that female MPs have created their own WhatsApp messenger group, to provide a support network for those who, like the alleged victims of Harvey Weinstein, need somewhere to turn for help and guidance.

Let’s hope that this WhatsApp group does not unearth anything to strip Mr Gove of any more dignity.