Homelessness has always been a problem, the homelessness figures as far back as 1998 are unacceptable, yet they were significantly reduced by 2010. Until the Conservative/Liberal Democrats coalition won the election.

Having a roof over your head and food on the table should be a basic right to everyone. We live in the 5th richest economy in the world, in a country that claims to be more civilised than other countries and alleges that we gave the gift of civilised society during 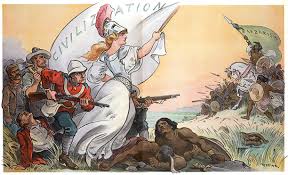 colonialism. Yet we are unable to ensure that the population that calls this country home, have a home.

If anyone needed evidence that the Conservative government is consistently ruining peoples’ lives year on year, one only needs to look at the recently published statistics by the Department for communities and local government.

From 2010 to 2011, the first year of the Conservative/Lib Dem coalition, rough sleepers on the streets increased by 23%. Each year the number of people living on the streets has increased and the figures are de-moralising.

These figures only count towards rough sleepers and are only a small part of the hundreds of thousands that find themselves with no fixed abode but are helped to either keep their home or find alternative housing, including temporary accommodation.

Between 2016-2017 a whopping 215,217 households requested help from their local authorities across England because they were homeless or were under threat of homelessness.

These are only the people that come forward for help. A number of unreported homeless people may be sofa surfing, living in tents in remote areas, squatting in an empty building or in cars.

One of the problems of homelessness is that these people are the unseen. Even if we walk past them on the street, many people try to avoid looking at them. The sight offends them and they would rather stay in their ‘everything’s okay, nothing to see here’ bubble. Yet everything is not okay and if people will only open their eyes, they would see that everything is unraveling around them.

The largest cause of homelessness is private sector tenancies ending, 74% of applications to local councils for help with homelessness was due to assured shorthold tenancies coming to an end.

In an era where many working people struggle to get their foot on the property ladder and the social housing stock keeps on reducing in the thousands every year. A large proportion of people are relying on private sector renting, at the whims of their landlord, deciding that they will increase the rent, sell the house, move back in or allow family members to live there. With only a compulsory two months’ notice period if the landlord wishes to evict you or 28 days’ notice if they want to raise the rent It doesn’t give enough time for renters to prepare themselves for saving up the cost of renting a new property, let alone finding a suitable home, packing and moving costs. All whilst working and raising a family.

The cost to rent a property is crippling alone, the cost of private sector renting has increased three times faster than earnings across England, though this rate is much higher in London. The system is untenable and people find themselves out priced and then facing homelessness.

The various charges that estate agents ask upfront before a tenant can even move into a new home are spiraling out of control. A local estate agent can now charge not only for deposit, credit checks and guarantor checks but can also charge for inventory checks, pet fees, additional household member fees. There is no limit to what they can make up next and how much they can charge for these items.

The reduction in social housing stock is influencing the effect on homelessness too. With Private sector renting becoming so expensive and many private Landlords not wishing to be involved with council schemes to rehouse homeless people, more people are put up in temporary accommodation, generally, outside of the location, they applied for housing.

The National Audit Office has published a report examining whether the Department for Communities and Local Government is achieving value for money in its homelessness policy and this is what it discovered.

The Homelessness Reduction Act 2017 is due to come into force in April 2018. The Act will see a greater focus on prevention and local authorities will have a duty to assist a far higher number of applicants than they currently do. It has been reported that some local authorities have written to the Government setting out their concerns that the introduction of the Act may need to be delayed to give them sufficient time to prepare for the new duties because of what they consider to be a lack of planning and information.

With the continuous cuts to the welfare system, without the increase in wages to keep up with the surge of living costs and rent charges, it is possible for almost anyone to become homeless. 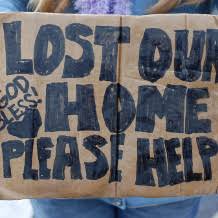 It is frightening and wrong but many people are only just managing to keep their heads above water.

What can we do to help in this situation? Keep opposing austerity, welfare reform and vote Labour in the next General Election.

Part Two: How to Help the Homeless, will help give ideas on how we can tackle homelessness as a large community effort. Stay Tuned.

For further info from the National Audit Report