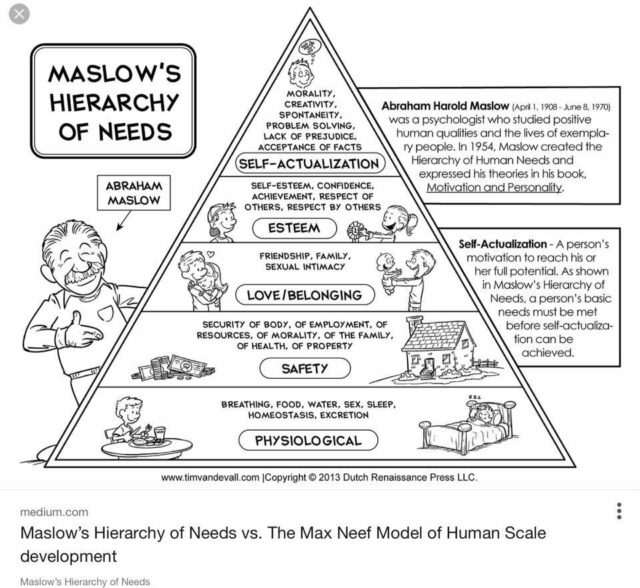 The government line is ‘delays teach people fiscal responsibility and get them back to work and make work pay’. This is ironic coming from the Tory government as:-

1.They do not understand Fiscal Policy (doubled national debt despite austerity which slows an economy).

2. Since when was it the governments’ job to teach people, isn’t that the job of education professionals. I think they meant support low labour costs for maximising corporate profits.

4. How do they think even on zero hour contracts, undernourished, stressed, tired and homeless or facing homelessness employees are going to stay employable.

5. Economists have long since accepted the Hierarchy of needs (Maslow) that govern peoples ability to think beyond basic survival, without which they do not function and are not able to give anywhere near their best. This system leaves people below this psychological survival level.

6. Many on UC are in work and adding debt only makes work pay for those that are lending money. The rules and sanctions, especially for those with disabilities, are inhuman (see the UN rulings). The cost of UC to taxpayers and in health terms to a large number of recipients or waiting recipients is huge.

The real motives are more to do with politics and supporting Tory Capitalism as opposed to a socially fair Capitalism.

Those behind these schemes, those who negligently assess claimants or withhold advice to claimants which could improve their situation or enforce sanctions knowing that the claimants could not unreasonably avoid them, should be charged in the courts for negligence in public office (even third parties acting as agents for government departments). If deaths result they should be charged with manslaughter and if they knew death would result, murder.

This government is acting like a Fascist state manipulating parliament. SS prison guards were still accountable regardless of whose orders they were following, just doing your job to inflict human misery is no excuse.