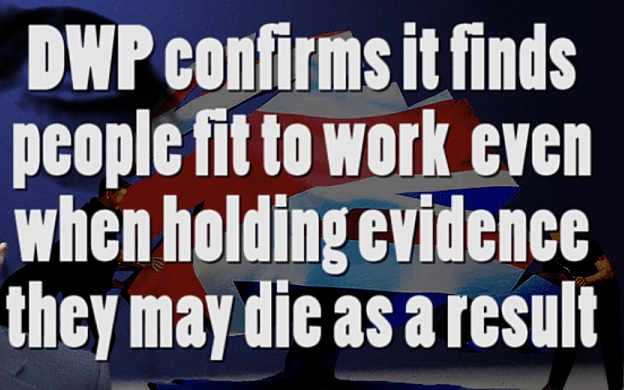 burning through your life savings and ending up having to claim benefits.

Falling ill, having no savings because you’ve worked at minimum wage all your life and ending up having to claim Universal Credit (UC)

One man with Osteo-Arthritis found himself in such a position. He worked until the physio said there was nothing more they could do to help him continue, so he had no choice but to claim benefits.

He was called to a ‘work capability assessment’ the part of the process where an unqualified person assesses you without the use of any of your doctors notes or specialists diagnoses.

These assessments range from scary to absolutely terrifying and this man knew they were, so he took a witness, but he wasn’t prepared for what was to happen at his.

The assessor told him to get on a couch in the job centre so they could examine him, he wondered if this was normal procedure but followed instructions as he didn’t want to put his only financial means of support at risk to the whim of the assessor.

There were steps against the couch and he asked that they be moved as they endangered the well-being of his arthritic joints, the assessor moved them and he got on to the couch, the assessor attempted to bang his knees with a small hammer to test his reflexes and he objected, citing the risk to his health. The assessor asked him to get off the couch but had moved the steps back into place causing him to fall and damage his spine.

When he got home he rang the DWP (department of work and pensions) and complained about his treatment. They immediately sent him the report from the assessor, when he and his witness read it, it contained 70 errors (even lies)

He is now going through the DWP complaints procedure which is currently taking approximately a year ..

This system was originally created by the government with the sole purpose of reducing the numbers of people claiming benefits.

Once removed from benefits they were advised to take any work, zero hours contracts or self employed, then claim working tax credits to make their wage liveable. This reduced the unemployment figures, but it didn’t change the sick and disabled figures, so they introduced ‘welfare reform’ and the work capability assessment.

Atos was given the first contract in October 2008 and despite the evidence of malpractice and the number of deaths attributed to it, Atos continue to dominate the procedure.

The Welfare Reform Act of 2007 laid out plans to replace current procedures with new measures – in particular Employment and Support Allowance (ESA) would replace incapacity benefits. The ESA proposals included a Work Capability Assessment (WCA) which was a logical and planned development from previous assessment procedures. The WCA was designed to distinguish people who could not work due to health-related problems from people who were fit for some work or – with additional support – could eventually return to the world of work.

This has since been altered in many cases to Universal Credit which is in the process of being introduced across the country, this has further reduced both the financial and medical support that ill or disabled people can get.