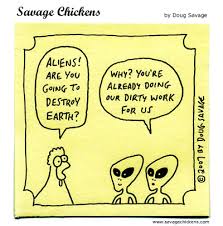 ” I just cannot believe the wicked simplicity of it” (s)he says while twiddling with a screwdriver over a pint in a London pub. Its just so incredibly naughty and yet its so ‘nice”

In an exclusive interview a multi life force being known to Trillions across the Universe as ‘A Doctor’ has revealed the a most wicked plot to destroy all human life on Planet Earth.

From spy sources A Doctor had learned of multi divisions of Attack and Destroy (All Weather) killing machines being industrially repurposed in massive industrial complexes.

Their Laser weapons and strange utility thing had been removed and replaced with a water sprinkler and gardening implements. Further suspicions were raised when converted Bots were heard humming happily to themselves as they tended flower borders.

In the interview A Doctor, who has used massive cleverness and cooperation from a tiny team of followers to thwart previous attacks on Planet Earth from various metal skinned and slimy battle divisions is aghast!

” I just cannot believe the wicked simplicity of it” (s)he says while twiddling with a screwdriver over a pint in a London pub. Its just so incredibly naughty and yet its so ‘nice!

When asked to explain (s)he continued …. “The Inter Galactic Species Conglomerate to Conquer Earth (IGSCCE) always schemed to get rid of Human beings by deadly dastardliness so they could dominate for a few billion years before its extinguished by its Sun, but now see the error of their planning”

“I’m now redundant and my thriving industry that converted broken Daleks into high value fashionable compost bins has collapsed” due to no supply, (s)he explained.

In another interview with a spokes-being of IGSCCE the story continued..

“We decided to do the most natural thing instead said the 50 legged slimy buglet with a smile. “We saw that humans were very stupid by evolutionary design as industrialisation took over their closeness to their own natural surroundings, so all that our military planners did was project their behaviour on in time a few decades and BINGO!, no more humans to fight and destroy!” “Its an absolute winner for us”

“All we need is for global human obsessions with consuming all they can and wasting as much as possible to remain uncontrolled, and their elected leaders to continue encouraging more of this peculiar behaviour, and of course, more inter tribal warfare”.

“Its fabulous, our investors are over several green moons on the growth prospects of their share portfolios”, it squirmed in delight.

“Yes for us now its now just a peaceful waiting game to let all humans die out naturally, and then in we all go to carve up the planet between us, and redevelop it as a holiday resort … once we have re-gardened it of course”. “It will need s lot of re-gardening to make it pretty again but that’s quite a cheap process compared to conquering it and then having to clear up all the smashed bots”.

“Oh and another thing, my sources tell me our shares market jumped 10% yesterday when A Doctor began secretly buying her(im)self a block of shares in IGSCCE, so all is looking brighter than a zillion stars!”

Of course, there is still time for humans to stop this if we act now