No amount of dancing is going to improve the British healthcare system, though it will ensure we are all fitter and healthier. Yet on Saturday 30th June dancing through London ensured that thousands of our voices were heard as we celebrated seventy years of a free for all national health service.

Many of us can remember an NHS where calling your Dr on the day you needed to see them ensured you were seen, that day. Ambulances arrived swiftly, A&E may have been busy but you were always seen in a timely manner.

Not more than two weeks ago, an elderly woman fell from her bike and was shaken, bleeding from her head and may have broken her arm. An ambulance was called and advised that she must not move but that the ambulance could take up to five hours to arrive. It would mean she would be sitting on the pavement until 10:30 pm. Thankfully a passerby knew her son and was able to ensure she was taken to A&E without the help of an ambulance. The nearest A&E being a 30 minutes drive away.

When did our health service begin to fail so badly? Why are we beginning to feel so let down by the service that generations of the British people have paid for? 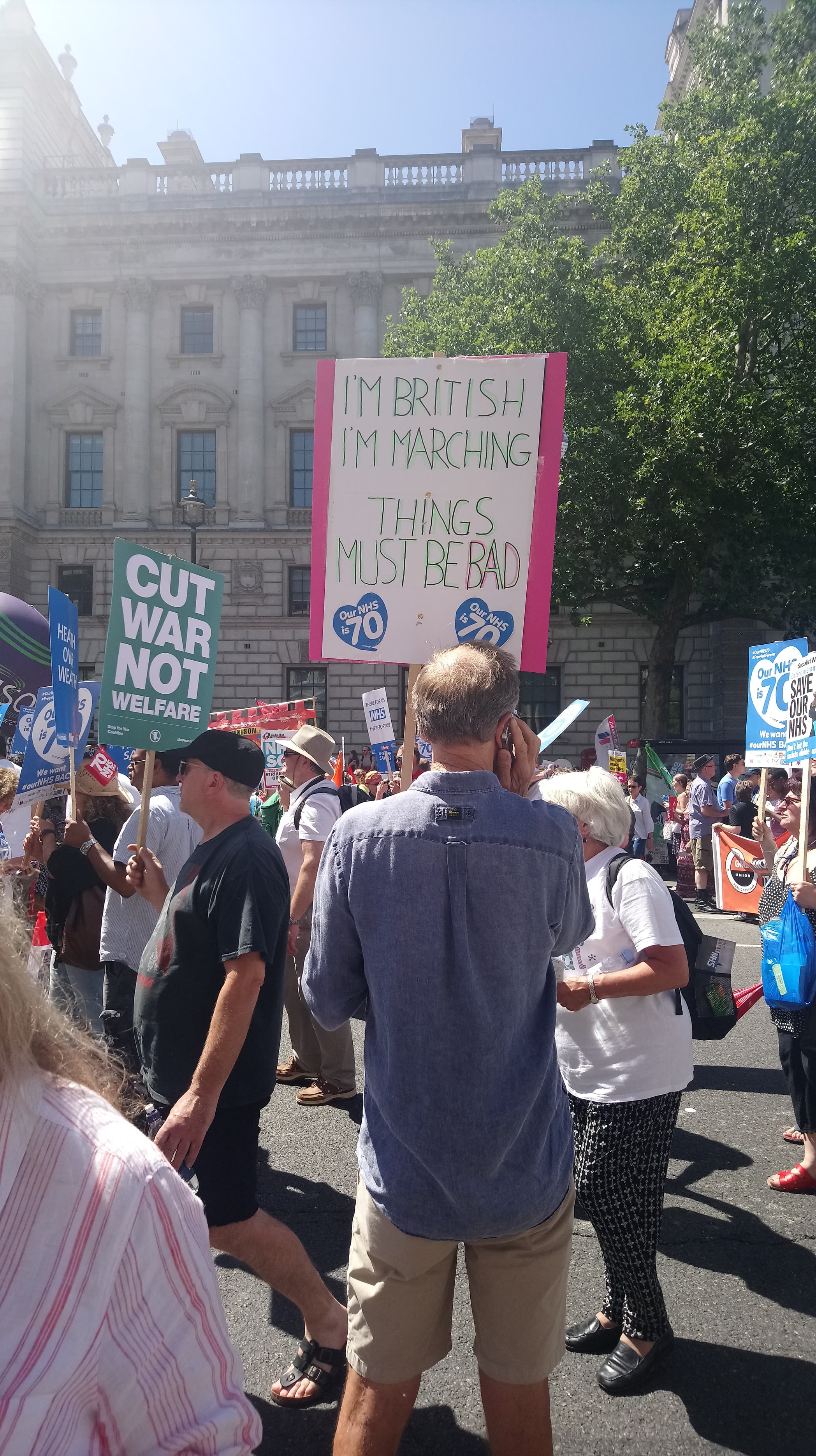 Anyone that has ever used our NHS either prior to the defunding and sneaky privatisation or now despite the Government’s intentions of crippling the service will know that our NHS is a national treasure.  Our Doctors, nurses and all medical staff are the hardest working life-savers we could ever ask for and they save lives every day no matter what the ailment.

In England, we don’t have to choose between bankruptcy or cancer treatment, we choose to all be given the best chance at a fulfilled and healthy life due partly to our National Health Service.

We pay for it, we own it and it should not be for sale to Tory donors and big business and certainly not on offer for US trade deals.

Saturday was an event to show that we celebrate all that the NHS is and has ever been and to fight for its future to remain the publicly owned service that we as a nation love.

A service that has never before let us down and now it is our turn to not let our NHS down.

So we March or rather dance from Portland Place, along Oxford Street, Piccadilly, Trafalgar Square and down to Whitehall, thousands of people showed their support and love for one of our greatest national achievements. Many of the observers of the March stood and clapped along to the music and the marchers in solidarity and support. The atmosphere was like a street carnival as participants reveled in music and chanting with brightly coloured placards held proudly aloft stretching as far as the eye could see. 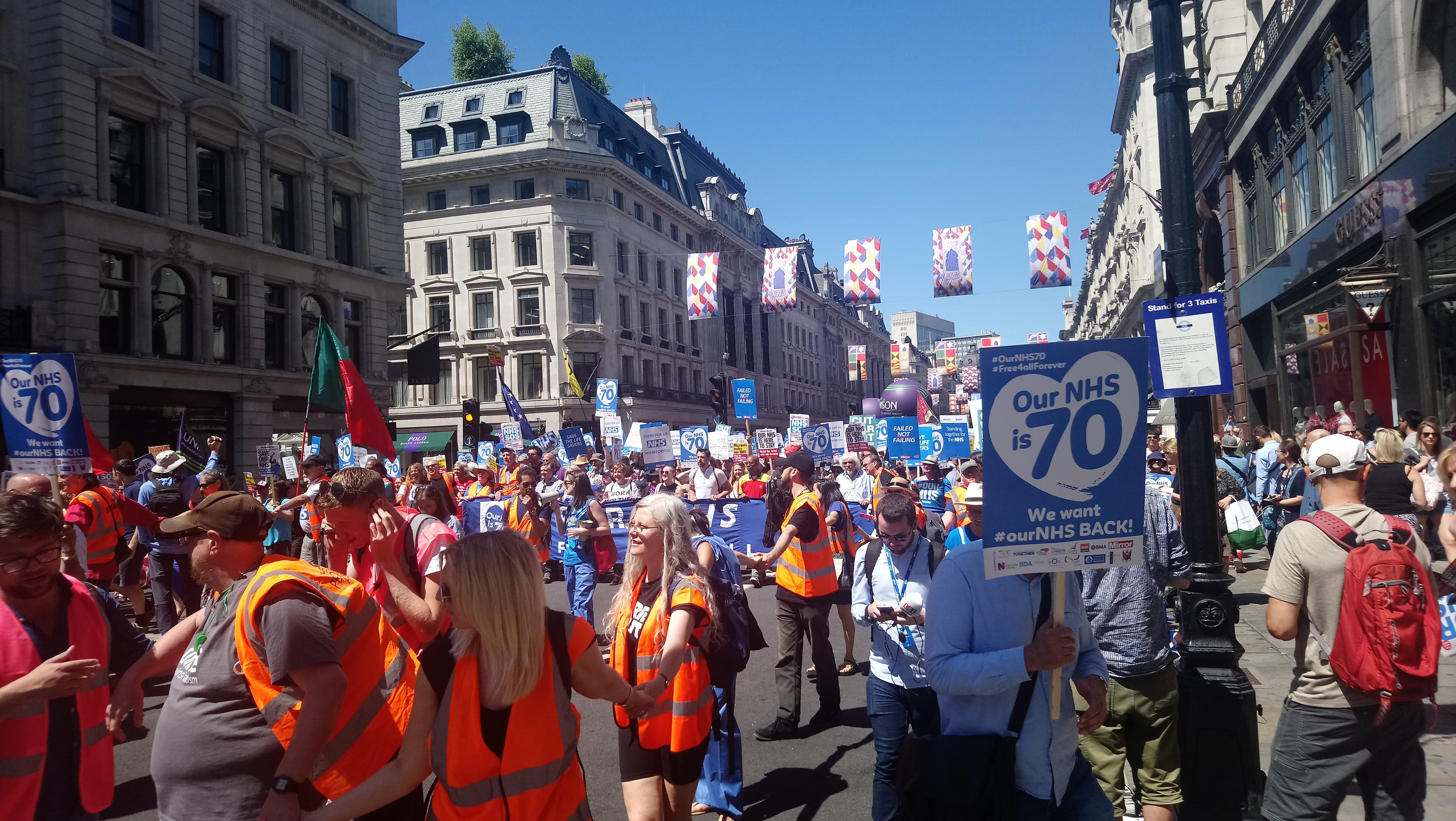 Children danced with their parents, a father explained to his young boy sitting on his shoulders why workers might choose to strike. Another young boy shouted proudly in defense of his rightful inheritance. 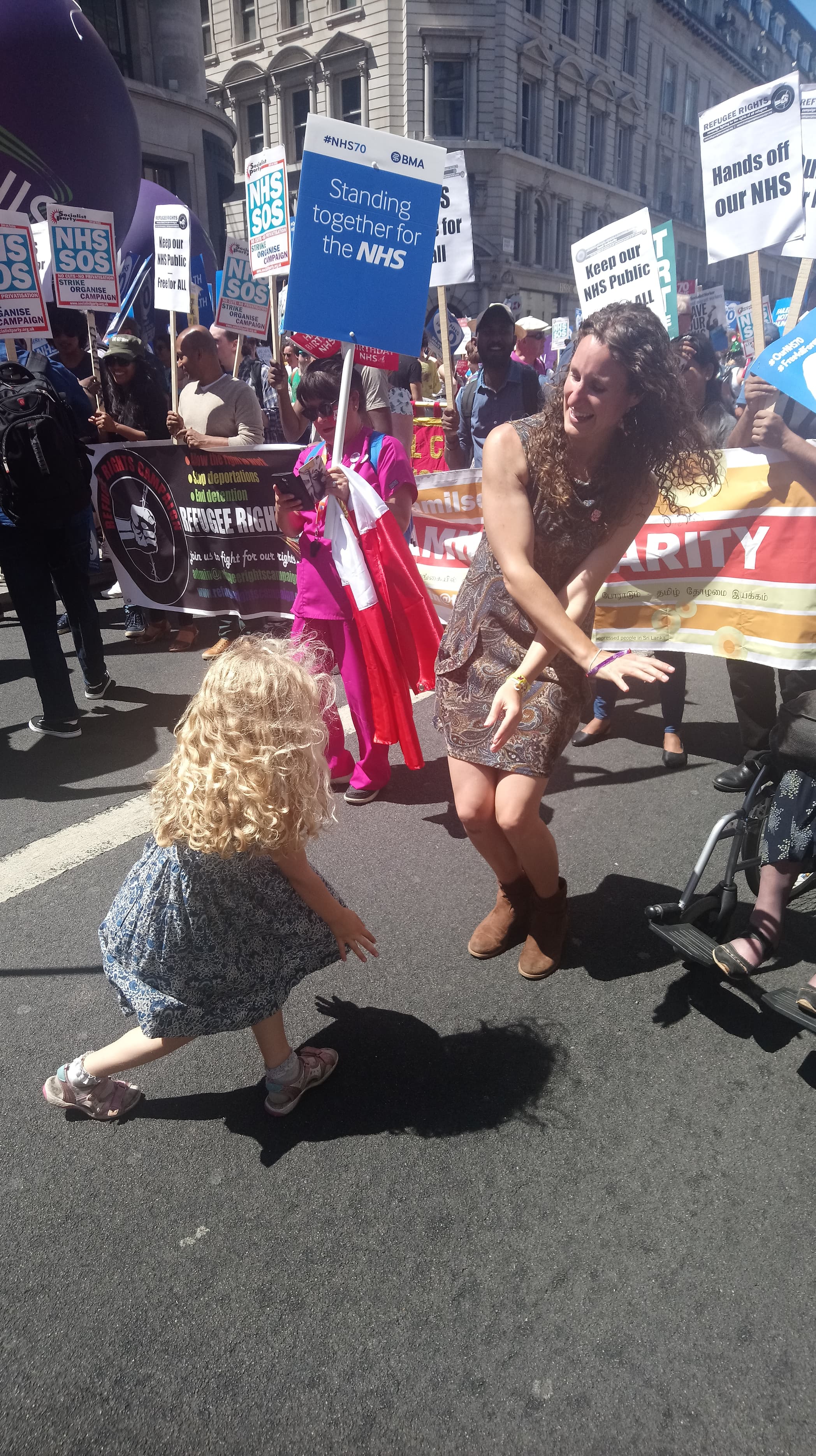 Once gathered in Whitehall chants of ‘Oh Jeremy Corbyn’ broke out as the Labour leader made his way onto the stage to applause and wolf whistles.

‘The 2012 health and social care act is an act that has been designed to break up our national health service and turn it into a contracting agency into the private sector. I say No! I want the NHS to be run, paid for and operated by the public for the public and in public hands’ 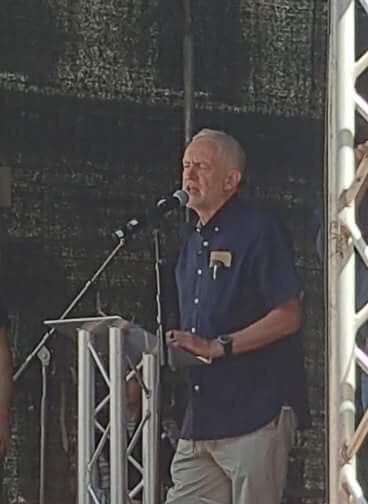 Cheers and singing of ‘Oh Jeremy Corbyn’ erupted from the thousands of marchers as Corbyn ended his speech with inspirational words.

‘Do we have the absolute determination that we will go to the ends of the Earth and beyond to defend our National Health Service?!’

As Corbyn left the stage a young woman shouted ‘we love you Jeremy Corbyn’ angering many rock stars from the 70’s who are no longer able to inspire the same affection that our aspiring Prime Minister evokes all across the UK.

He made every effort to speak with as many people as he could with many shouting his name, some merely to give him words of support and others to request his words of support for NHS workers.

For many, the party atmosphere continued as the temptations of London’s nightlife had many flocking to the many pubs and clubs, celebrating the 70th Birthday of the NHS in true British style.