Corbyn Vs May Round Eight

The Leader of the Opposition kicked off PMQs by launching into an attack on the differing statements of Theresa May and members of her party. “Mr. Speaker, the Prime Minister says austerity is over the Conservative leader of Walsall Council says austerity is alive and kicking, Who’s right?”

Theresa May responded by repeating her claims that “after a decade of austerity people need to know that their hard work has paid off and because of their sacrifices” (120,000 confirmed deaths relating to austerity cuts by the Conservative Government), “there are better days ahead”…

Corbyn didn’t let the PM’s lies shake him “Mr. Speaker this process hasn’t been very convincing to Mike Bird the Conservative leader of Walsall Council who says ‘never ever believe what you hear from central government austerity is not over'”.

Jeremy continued “not far away in Derby the conservative Council says ‘financial outlook is extremely challenging with government austerity measures confirmed as continuing. Will the Prime Minister try and cheer up these gloomy Tories in Derby and confirm to them that next week the budget will cancel the £1.3 billion cut planned for local government next year?”

Theresa responded that “actually we’re making a £1.3 billion more money available in the next two years to councils” She also went on to say that council tax was down in real terms. Where this assertion comes from is anyone’s guess as council taxes have risen by 57% in real terms in the last ten years. https://www.mirror.co.uk/money/massive-57-surge-council-tax-11856944 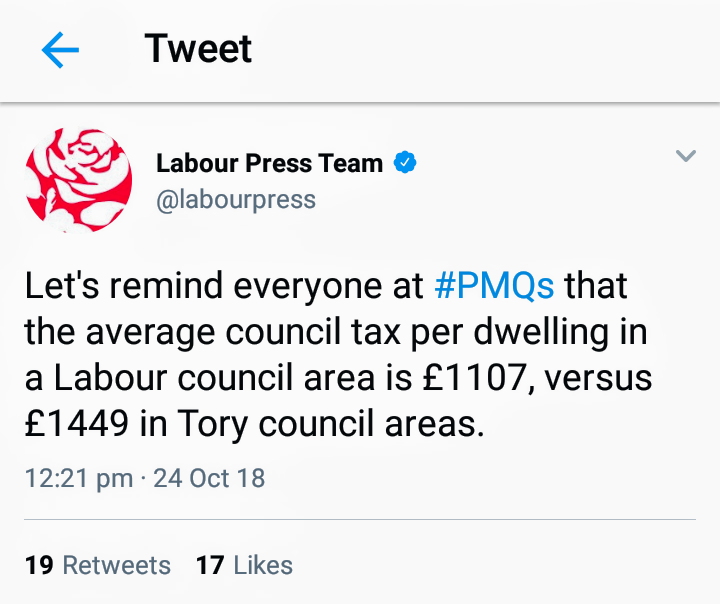 She also went on to use the same sound bites we’ve been hearing from the Conservative MPs for the last few weeks about record low unemployment and youth unemployment figures. Jeremy’s response put the PM on the back foot once again. “Mr. Speaker the Prime Minister didn’t get round to mentioning the record numbers of people on zero hours contracts, the record levels of in work poverty”. What is also a valid point that Jeremy should mention is since the Conservative Government has been in power they raised the school leaving age to 18, which also has an effect on youth unemployment figures.
Jeremy Corbyn launched into a new topic relating to austerity cuts to our police force, advising that Staffordshire Police have lost five-hundred officers since 2010.
“On Sunday the Chief Constable Gareth Morgan said sorry to his police colleagues and their families as they had to cancel rest days just to maintain the service.”
Peter Stefanovic tweeted that at this point in PMQs Theresa May managed five porky pies in 12 seconds. Impressive stuff. Peter breaks this part down wonderfully below.

At PMQS today Theresa May, your Prime Minister, managed to mislead the House a whopping five times in twelve seconds! Watch in disbelief & RT the TRUTH! pic.twitter.com/jgNPf2dEo4

We have to echo the comments of Peter Stefanovic and say, don’t we deserve a bit of honesty?
As if five lies in twelve seconds was not impressive enough Tory MP, Richard Graham used the launch of a new homeless centre in Gloucester as an example of economic success… 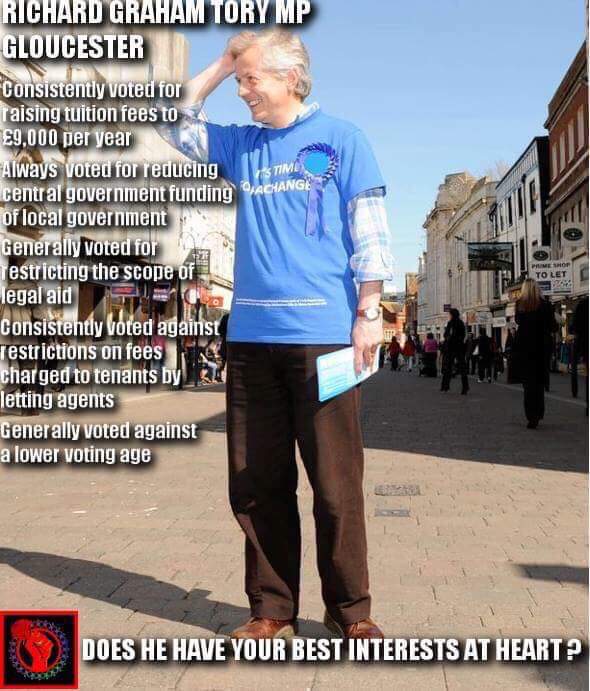 We will let Angela Rayner explain this one… 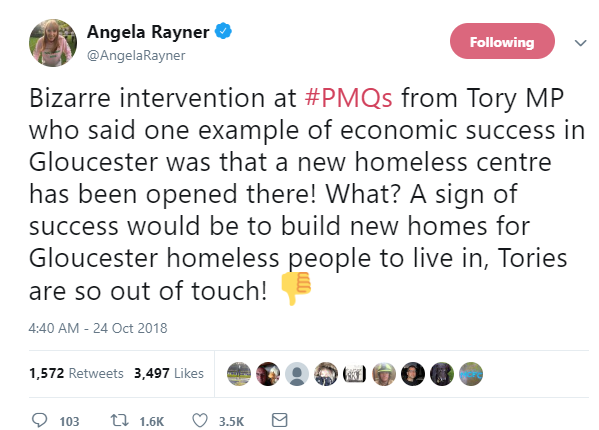