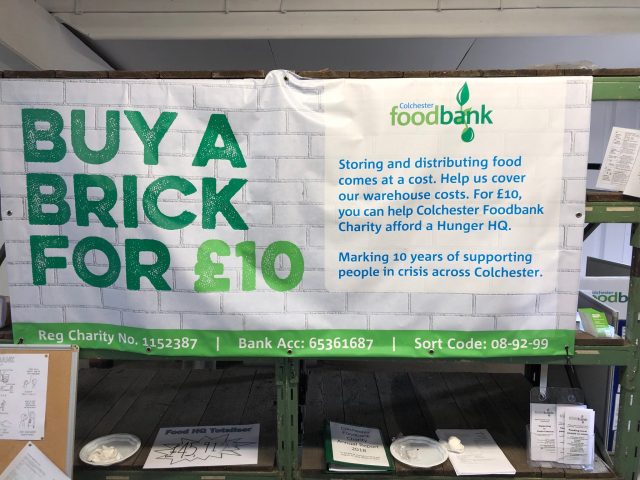 Mr. Jenkin said he was “so glad” to attend the opening and thanked all the volunteers and supporters via Twitter.

Many were shocked to see an MP, whose government has created record numbers of foodbanks and users in their tenure say that they were “glad” that the record numbers of needy, requires a warehouse to store food for those that can’t afford to eat in the fifth richest economy on earth.

The fact that a food bank has had to expand so much it requires a warehouse should bring shame on those running the country. Food poverty continues to increase every year with the Trussel Trust releasing a statement that 1.6 million emergency food parcels were given out last year a 19% increase from the year before and this trend doesn’t appear to be slowing down.

Bernard Jenkin should be sad, not glad to be attending the opening of a foodbank warehouse. The only time someone should be glad to be at a food bank is at its closure because poverty has been eradicated. 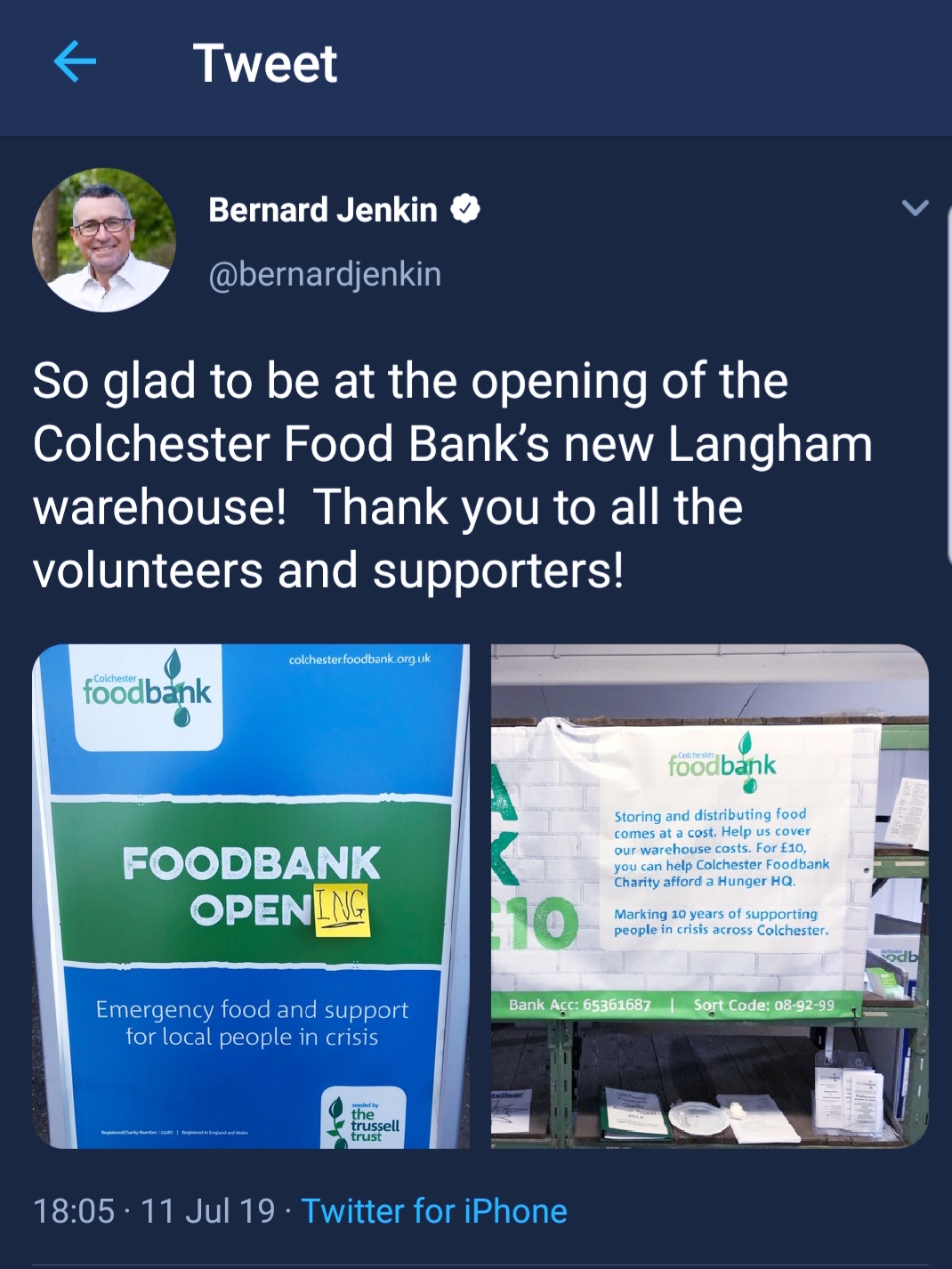 As Bernard Jenkin celebrates the opening of a food bank warehouse many people across the country are finding themselves choosing between paying the rent/mortgage or putting food on the table. Mr. Jenkin will never understand this struggle and is well known to flout his MP privileges. In 2009 it was found that he had claimed £50,000 in rent for a second home that belonged to his wife’s sister, despite his wife owning a nearby house.

Wikipedia stated “On 27 October 2009, it was initially recommended that Bernard Jenkin pay back £63,250 by expenses auditor Sir Thomas Legg. This is the highest amount known to have been recommended after an audit of MPs’ claims on second homes expenses. This amount was reduced to £36,250 following an appeal.”

Perhaps we shouldn’t be surprised that an MP that consistently voted for policies that make the poor, poorer would be glad at the end result of his and his colleague’s reign of terror but it is galling none the less.

Adequate food is a basic human right and people, including working families, are unable to afford this basic necessity. The expansion of food bank services is not something to be proud of or a photo opportunity. As a rich nation, it is something that the government should be hanging their heads in shame about, it shows an absolute failure to govern adequately.

Bernard Jenkin has consistently voted against human rights but has shown that the government doesn’t require the revocation of our human rights to degrade people, they can do that by pushing people further into destitution and labeling it austerity. Whilst people like himself get richer off the backs of those they are pushing into the ground.