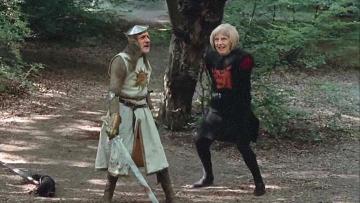 All available evidence suggests that the Tories have a timetable in place leading to another election in the autumn. They are doing everything they can to neutralise opposition and social media will be a particular target given Labour’s obvious advantage in this sphere during the last campaign. People I’ve spoken to in the real world say they are getting a feel for this from the increasing numbers of new members joining pro Labour Facebook groups and the type of post and responses they provoke. We have to be alert to this threat and be aware that there is everything to fight for right now. This is the last chance to keep our democracy alive. If we lose another election we lose everything so we have to fight on, there really is no alternative this time.

We can be much better organised at CLP level. I campaigned across three constituencies during the last election and they could not have been more different in how they operated. One gained a seat from the Lib Dems, one retained its seat and one lost to the Tories. The results bore a direct relationship to the on the ground organisation. Our efforts need to directed at where our chances are best to advance. There are threats to be met, both locally, nationally, online and in person. There is slack to be taken up, and opportunities to be taken. We gained ground this time and we have to keep the momentum going, be on a constant “war-footing”, meet lies with truth and hate with hope, the only way is onwards and upwards.

It is a war of attrition and there are many battles to be fought. Some we may win, some we may lose but what we have to ask ourselves when there is a apparent setback is “what can we gain from this?” “What have we learnt?” “How can we make sure the next battle is won?”

The arithmetic was always against the vote last night but the result emphasised starkly where the government stands with the emergency services and that their recent words of praise were meaningless.

Was it a battle lost or a battle won? For me it was a win, because we exposed the hypocrisy of the Tories. We exposed their weasel words and despicable actions. We showed that even those Tories willing to poke their heads above the parapet and say that the pay-cap is wrong and needs to be removed, in the end are NOT willing to do the right thing and vote to end it. Ultimately they chose to defend themselves and their ride on the Westminster gravy train rather than support our wonderful and underpaid and under resourced emergency services.

We have to get that message out beyond our own social bubble though, into the hostile Facebook pages, into the hostile forums, on the streets and anywhere we interact with other people. We won the argument during this last campaign, we’re on solid ground and they’re on shifting sand. Now we need to reinforce that and ensure that the people listen. Everything is still to fight for. This time we need to make sure the war is won.