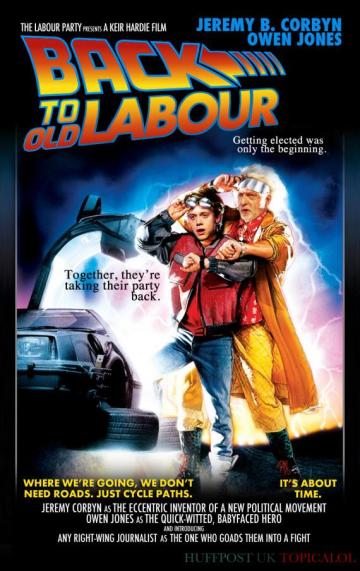 I would like to think The Labour Party manifesto is taking as back to 1945 when debt was 250% of GDP, when The Labour Party under Clement Attlee another quiet gentleman rebuilt the country after the ravages of 1930’s following the depression of 1929 and then the conflict of WW2.

They created a publicly funded health service (NHS) much against the wishes of the Tories who fought it tooth and nail every step of the way, carried out a massive slum clearance and house building programme. The Labour Party created full employment, they nationalised the railways and coal mines and provided welfare to the vulnerable.

Because of Government spending the economy in 1945 was kick started and revenues to the Treasury increased, benefit payments fell and as a consequence the debt as a share of GDP fell dramatically and spending paid for itself.

When governments spend and invest in the economy creating jobs they then benefit from increased tax revenues, not just individuals but also businesses where the consumers spend their money. Businesses then re-invest their extra income in new ventures or expand their business which in turn creates extra revenue and consequently produces more tax for the Treasury and so it goes on.

That is why, and how, government investment is different from household investment. (Ann Pettifor: Debt Credit & the International Financial System)

It is not difficult to comprehend unless of course you are a Tory, whose default mantra is more and more austerity to pay down the debt. They harp on about being the 5th or 6th richest nation on this earth, but in the next breath they claim there is no money, unless of course you wish to fight a war somewhere. Of course spending money on free school meals for deprived children is absolute heresy to the Tories but cutting taxes for those who are obscenely rich is considered the right and fair thing to do.

This is the best political manifesto in living memory and will allow The Labour Party to rebuild the country after the ravages of 38 years of Tory / New Labour mismanagement.

“Look after the unemployment, and the budget will look after itself.” (Keynes, January 1933)

Germany have their own investment bank Kreditanstalt for Wiederaufbau which finances and supports programmes and projects that mainly involves public sector players in developing the economy. If it can work in Germany then there is no reason why it cannot work here.

The UK’s utilities, universities and corporate sector have all received several billion in financing from the EU’s own Luxembourg-based investment bank year on year. If access to those funds were to be curtailed due to leaving the EU it would make sense to have an alternative source of funding instead.. (Open Democracy UK)

In conclusion the manifesto which the Tory party decry as being unaffordable is actually more credible than many on the right of the political spectrum would have you believe. When the costings are actually coupled with the radical policies outlined in the leaked version of the manifesto it is conceivable that The Labour Party could indeed have produced a manifesto to rebuild this country in the “Spirit of ’45”.