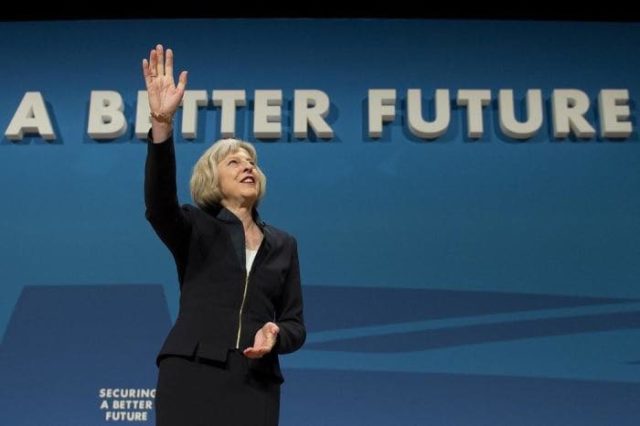 It was supposed to be the comeback speech. The speech that drew a line under the shambles that was the election debacle. An apology to the party grandiose and rank and file. And it started off so well.

Forget about the lost voice and the coughing fit, the P45 stunt and the crumbling set, which whilst comical, served only to deflect from the true horror of this address.

A commitment to cap energy bills? This was Ed Milliband’s policy in the 2015 General Election campaign? A policy lampooned as a Marxist utopia by a goading David Cameron on the floor of the house.

The policy to address the housing crisis? which seemed to come directly from the Brighton conference from their more able opponents. Surely this government can do better than copy other ideas?

Not only have the Tories stolen policy ideas from Labour, the arrogance they display knows no bounds. Aaron Sorkin is an excellent script writer, but I am sure he will be surprised to see that he is due royalties from the Tory party after this direct lift.

But is this really the level we are at? Does this Tory government actually believe that the population, who they profess to want to work in the best interests of, is deserving of scripted material from a TV drama? They clearly view the electorate as mere bit-part players in their own serialised power struggle.

But we also should not forget where the Tory conference took place.
Manchester
A great city that only a few months ago suffered at the hands of unspeakable terrorism. This is the government the British public rely on to keep us secure. They tell us we are on high alert. Yet in the full glare of the world media, the most unimaginable security breach took place when a prankster made his way, inches from the Prime Minister to make a laughing stock of her. Yet as if that wasn’t enough, he then proceeded to goad Boris Johnson as he sat with the rest of the cabinet. Yes, as I said, comical to a degree, but it highlights the sheer incompetence of this government. Totally unable to secure their own conference hall, yet we should trust them to secure the country?

When the Tory slogan began falling to the floor behind Theresa May, I felt that this was the ultimate “F Off”.
But as the realisation of the plagiarism becomes clear, maybe it is time that this lame, weak and laughable Prime Minister did exactly that. This is the leader negotiating Britain’s exit from the European Union? Really? Maybe this time the negotiating team will use the script from The Walking Dead to leave the EU.

Then the E dropped, which met with comments such as “who hasn’t dropped an E in Manchester”

As pop stars tweeted that no permission had been given for use of their music and wouldn’t have been given even if they had been asked, the Tory party conference went from a comedy to a farce.

If Mrs. May believes that life can imitate art to con the public, let me quote Papa Lazarou for her – This is just a saga now.