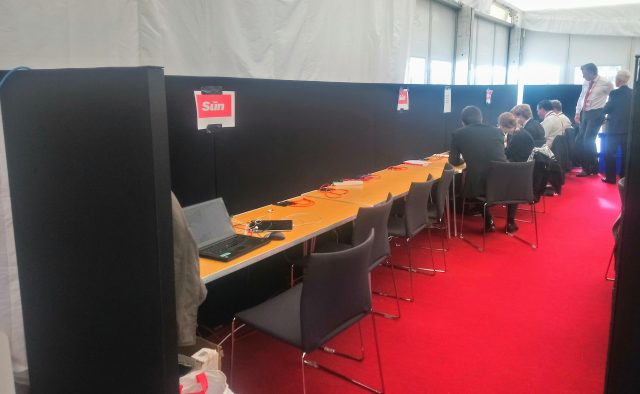 Liverpool is the only city in the UK that has a prohibition on the press.

In a country which has a free press, free from blocks on where they can go and what stories they can cover you may be surprised to think that one city has banned a newspaper organisation.

That organisation is The Sun and Liverpool has been boycotting the paper since The Sun published blatant lies on the 19th April 1989 regarding the tragedy at Hillsborough where 96 football fans lost their lives.

Last year Anfield banned The Sun from their ground, strengthening the biggest political consumer action in the UK.

Yet here at the Labour Conference it has been discovered that The Sun are in attendance.

The World Transformed has supported the community of Liverpool by banning them from attending their festival.

There was some shock and outrage by Labour party members that The Sun are attending here. They’re well known for their sensationalised stories often twisting the truth to the extreme and many across the country boycott The Sun in solidarity with the city of Liverpool.

We are shocked that the Labour Conference decided to not stand in solidarity with the city of Liverpool and give a total eclipse of The Sun.

Some may consider banning a member of the press as a restriction on the freedom of our press but it could be argued that when a member of the press commits crimes of slander and lies, four days after Hillsborough before the dead has even been buried, whilst families devastated by loss were still mourning, that organisation should have been banned twenty-nine years ago and the perpetrators of those lies should have faced justice. Justice that they still have not received today.