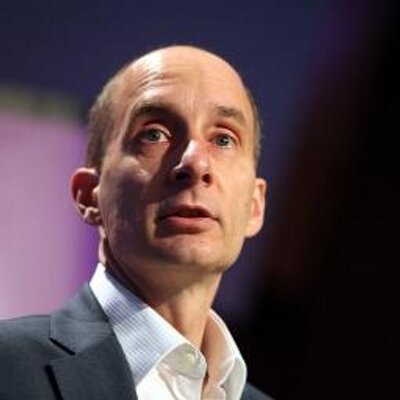 Labour peer and self professed Brexit denier, Andrew Adonis showed how oblivious he is to the impact his words can have.

Today of all days when 49 people were murdered by a right-wing extremist, Mr. Adonis decided that his 101,000 twitter followers should know that Julius Caesar was murdered on this day. 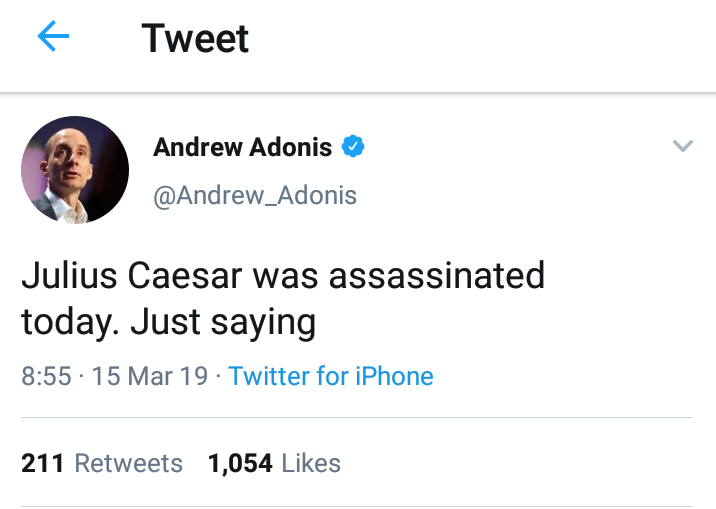 The tweet is tone deaf and in bad taste on a day when the world is in shock for the meaningless loss of life and many on twitter felt the same. 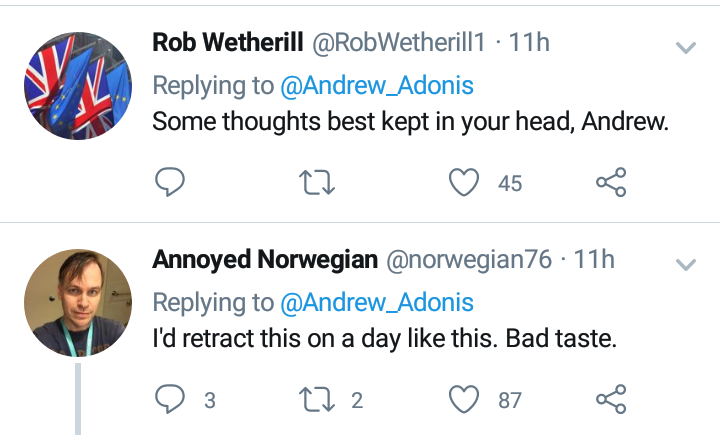 However,  it is debatable what the true meaning of this tweet is. Whilst some speculate that as Julius Ceasar shares the same initials as Jeremy Corbyn, it could be a sinister remark aimed at the Labour leader. This is more plausible when taking in consideration Mr. Adonis was in attendance at Tom Watson’s recent meeting to form a party within a party, in what many speculate is a third attempt at a coup to remove the twice elected leader of the opposition. 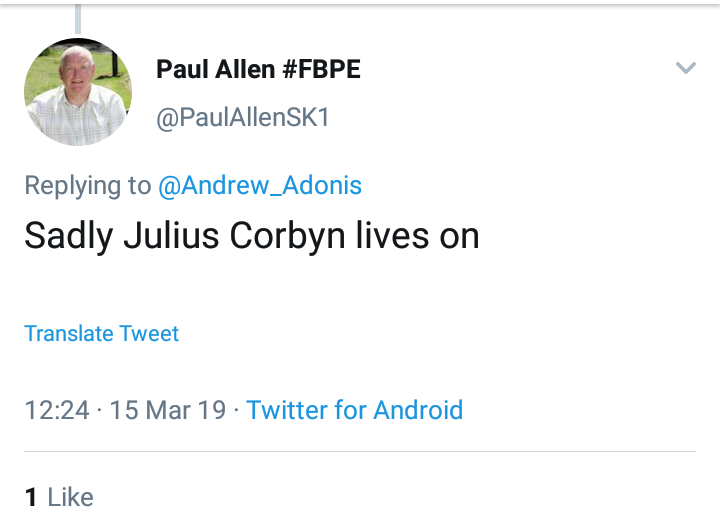 It could be argued that he could also be suggesting Theresa May who currently seems to be leading a dictatorship within Parliament, continuously forcing MP’s to vote on her same bad deal. Whilst corrupting democracy as she purposefully ticks down the clock, leaving the country in limbo. Caesar was plotted against by his own senate and May faces dissent by her own MP’s. 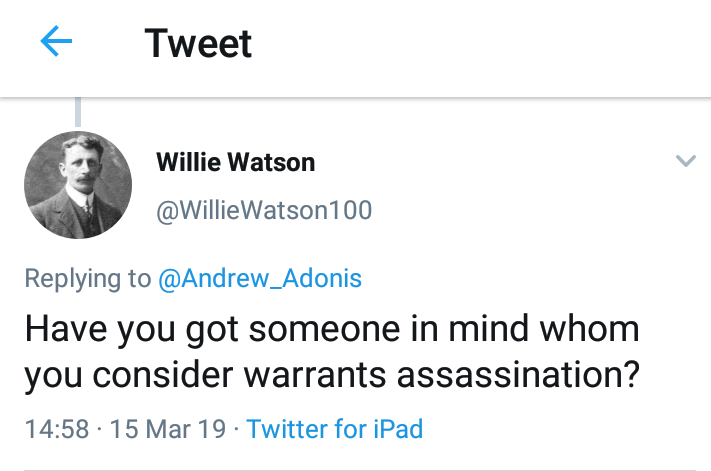 Perhaps the attack in New Zealand made him think of the assassination of Julius Caesar and he thought it was appropriate to mention that the 15th March is a violent day? 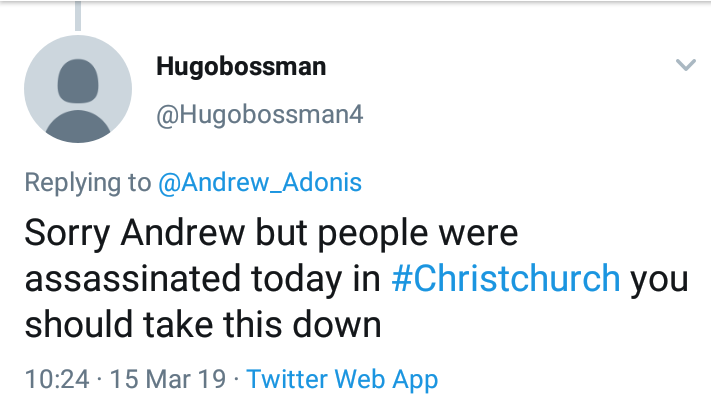 Whatever the reason we can all agree that this is appalling timing considering the events of today and shows that Mr. Adonis lacks compassion and common sense. 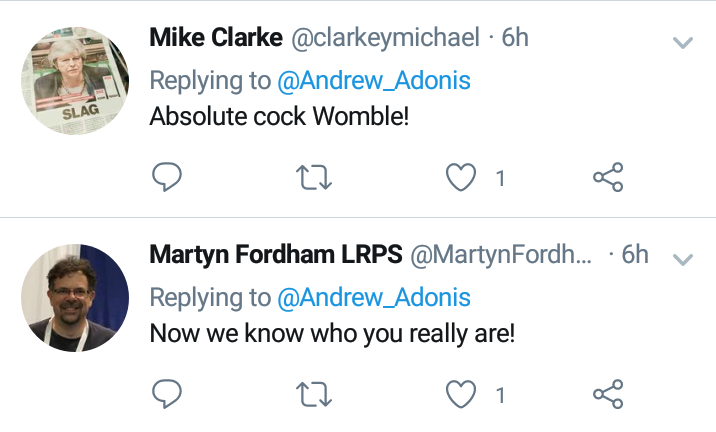