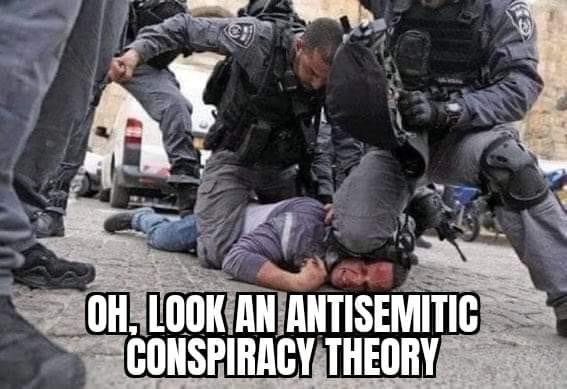 NOTE: This open letter to Keir Starmer is one aspect of a Salford TUC-basedcampaign, “Reinstate Rebecca Long Bailey as Shadow Education Secretary”. With well over 20,000 petition signatures: see  https://www.change.org/p/keir-starmer-re-instate-rebecca-long-bailey    and this open letter, Salford TUC are spear-heading this campaign for justice for Rebecca. For news about the campaign, please email Alec at [email protected]. (This campaign is being organised autonomously, without any involvement from Rebecca herself.)

We write as either members or supporters of the political party of which you are the current leader – Labour. This letter is centred on what we term ‘faux anti-Semitism accusations’, a phenomenon which we fear has recently severely clouded your judgement in relation to your former Shadow Education Minister, Rebecca Long Bailey.

Last week, actress Maxine Peake wrote in The Independent of [quote] ‘The tactics used by the police in America, kneeling on George Floyd’s neck…  learnt from seminars with Israeli secret services….’  You immediately sacked Ms Long Bailey for tweeting the link to Ms Peake’s interview– despite Ms Long Bailey quickly issuing a public statement clarifying that her re-tweeting of the interview did not amount to an endorsement of everything said in Ms Peake’s interview.

And to add to the mystification, you have made it clear that you do not regard Ms Long Bailey as an anti-Semite.

There are a number of issues surrounding this episode that demand an answer from someone like yourself who is rightly famed for your sharp legal mind. First, in your public statement you deployed the descriptor ‘conspiracy theories’ (plural) to describe Ms Peake’s quoted comment. We need to point out that to summarily dismiss something as ‘a conspiracy’ by using this silencing rhetorical device merely begs all the questions. At worst, playing the ‘conspiracy theory card’ in this way is often about closing down thinking about anything that might challenge prevailing mainstream narratives and interests.

Question 1: What evidence do you have that the assertions made by Ms Peake can legitimately be categorised as ‘conspiracy theory’?

Next, we are sure you will appreciate a suitably forensic analysis of what precisely is, and isn’t,being said in Ms Peake’s statement that seems to have offended you. We need to ask whether the statement is factually accurate or not. And there is the further crucial question as to whether it constitutes a statement that can justifiably be categorised as ‘anti-Semitic’.

First, Ms Peake refers to US police ‘learning from’…, not ‘being taught by…’ – the two are crucially different. One can learn something from people without being formally ‘taught’ it. Given Ms Peake’s statement that the kneeling tactic was learnt from ‘seminars with Israeli secret services’, we also need to ascertain evidentially whether such seminars have taken place or not.

There exists overwhelming evidence of US police enforcement officers having been trained by Israel’s national police, military and intelligent services – as copiously referenced in Amnesty International 2016 report, With Whom Are Many U.S. Police Departments Training? With a Chronic Human Rights Violator – Israel.

Question 2: Did you know about this evidence when you made your comment categorising Ms Peake’s statement as ‘anti-Semitic conspiracy theory’?

But even if Ms Peake’s statement had been demonstrably false (which it isn’t), could it have been construed as ‘anti-Semitic’? Her statement was about the State of Israel, and did not make any reference to Jewishness. It follows that the only way such a statement could conceivably be construed as being ‘anti-Semitic’ would be by a reader of the interview proactively assuming that anti-Semitism was secretly in the mind of the person saying it – an argument that is absurd, and which would have no legal grounds in any court, anywhere.

In our considered view, then, it is clear that neither Maxine Peake nor Rebecca Long Bailey have said anything which is even remotely anti-Semitic, by any reasonable definition. And it is for you, Sir Keir, to explain why you believe that this kind of criticism of the State of Israel, whether it is correct or not, constitutes an attack on the whole Jewish people.

Question 3: Do you accept that your claim that Ms Peake’s statement was ‘anti-Semitic’ does not stand up to scrutiny? – even using the international definition of ‘anti-Semitism’ adopted by the Labour Party.

In your immediate public statement on this issue, you said: ‘…The sharing of that article was wrong because the article contained anti-Semitic conspiracy theories. I have therefore stood Rebecca Long Bailey down from the shadow cabinet…’ (our italics). We submit that given the aforementioned cited evidence, the adduced reason you gave for Ms Long Bailey’s sacking is legally and ethically indefensible.

We have countless Jewish friends and loved ones, and we abhor and condemn anti-Semitism in all its manifestations. But for the sake of democracy, social justice and free speech, the use and deployment of faux anti-Semitism accusations of this nature must and will be called out by all fair-minded people. Deploying the ‘conspiracy theory’ trope – whether casually or calculatingly – in order to close down or silence any critical thinking about the behaviour of the political State of Israel is equally unacceptable in a free democratic society.

We will also continue to call out those who, for whatever motivation, falsely conflate anti-Semitism with criticism of the behaviour of the political State of Israel.

These are very grave issues indeed when in the party we support, a hard-working shadow minister is summarily dismissed for no justifiable reason.

We await your answer to our questions with great interest and concern.

John Catterall of STU has added his signature.

“This campaign is all about Justice and Democracy ,and the current leader of Labour Party has crossed the line on both of these key principles in sacking Rebecca Long Bailey our Member of Parliament .
Salford TUC & Salford Pensioners and Trade Unionists have always followed the words and actions of the late Tony Benn ,”Democracy needs not only to be done ,but seen to be done”. Tony also said at Durham Miners Gala “If you want something done ,do it yourself !” That’s why Salford TUC delegates and some of our friends are leading the Campaign to have Becky Long Bailey ,our MP reinstated “

All the authors are either Labour Party members or supporters

NOTE:  The longer article from which this open letter has been distilled can be found at: https://arsnotoria.com/2020/07/01/rebecca-long-bailey-a-wrongful-dismissal-for-anti-semitism-that-wasnt/ – ‘Rebecca Long Bailey’s wrongful dismissal’. 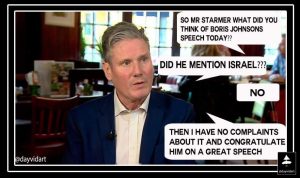