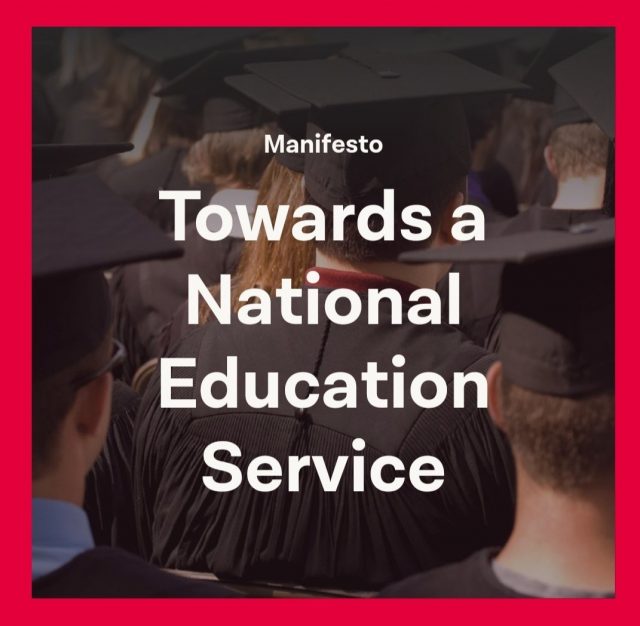 There has always been a special relationship between education and the Labour Party. Whether it was creating the Open University, introducing the Educational Maintenance Allowance (EMA) or establishing comprehensive education, the Labour Party has shaped society and offered people the opportunity to overcome inequality through education.

Like it or not, education has and will continue to affect all of our lives. We all have experiences of education, positive and negative, our own and those of our family members, and this means we all have views on how education should be. Most of us can remember what it was like to be let down at school in some way and most of us appreciate how we all benefit from a well-educated society.

Education is also an area in which the Labour Party can beat the Conservatives and gain votes. It is an area where the Conservatives are short of ideas with nothing to offer other than the rejected ideas of the past including increasing the number of unpopular grammar schools. It’s not entirely their fault; most of the Tory cabinet’s experience of education is limited to Eton or some other posh private school.

Labour is the party of education and it needs to apply socialist values to education to challenge and overcome life’s entrenched inequality’s. In the 2017 election manifesto, the party’s approach to education was strong. The National Education Service is a great concept and offers a comprehensive vision for the future of education. It is right to state that education needs to be cradle to grave like the NHS and, just like our health service, we need to oppose any creeping privatisation.

In a time of marketisation and fragmentation through free school failures and mass academisation, the party needs to bring back accountability and kick predatory capitalism out of education for good. In short, education needs a sharp shot of socialism.

Public support for free schools and academies has fallen with their failures becoming publicly clear and Labour now have an opportunity to be bold and radical with how it does education. Don’t get me wrong, there are some very successful academies out there, I have worked for some, but the system as a whole is woefully wrong.

Current party policy states that “Labour will not waste money on inefficient free schools” and “Labour will ensure that all schools are democratically accountable, including appropriate controls to see that they serve the public interest and their local communities.”

This is definitely a step in the right direction but let’s be bolder. Free schools need to be abolished and academies need to return to the control of local authorities. This is the bare minimum of what needs to happen if the policy aims are to be more than just words.

The fragmentation of education has also had a negative impact on communities. What has been dressed up as parental choice or competition between schools has led to affluent families, often the most mobile, sending their child to the “Outstanding” school miles away with the less affluent and less mobile families stuck at the local and often inadequate school. Local schools, which traditionally formed the backbone of an area, and by extension the local families that attended them, are no longer rooted in their communities.

Fragmentation of education is yet another attack on communities by the Tories. But if we want to get to the root of educational and indeed societal inequality, we also need to look at private education. Again, I welcome the party’s commitment to removing the VAT exemption on private school fees but we need to fully appreciate the damage the private sector is doing to equality of opportunity in education and address the issue. This may require stronger action with total abolition of private education being on the table for consideration.

How can we even pretend to fight for equality when a minority of children are given a massive head start in their education and life, purely because of their good luck of being born into a rich family? Equality must mean everybody having equal opportunities and being given equal respect. How is allowing a small minority of children more opportunity than the vast majority going to create a society of equality?

Fragmentation, marketisation and privatisation of our education system has led to greater levels of inequality and has limited children’s life chances. But it’s not enough for Labour to just oppose the Conservatives from extending their damaging approach to educational policy. Labour must also commit to repealing these neoliberal policies and putting equality of education as a priority.

With a clear vision of a National Education Service and an articulate figurehead in Angela Rayner, who is trusted by teachers, there is no stopping the Labour Party when it comes to using education to once again combat inequality and change society and define it’s finer values.