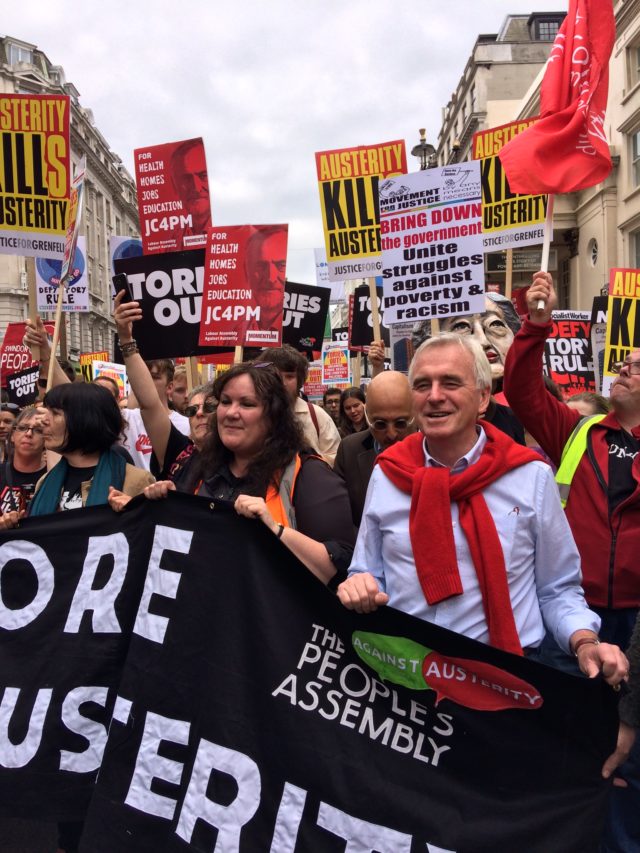 This summer people took to the streets to protest against the continuing cuts to Social Services by a government who has found a billion pounds in order to pay the DUP to ensure that they remain in power. ‘People not profits’ was the cry to be heard, as the drums beat a Samba rhythm and a creative array of banners were waved. 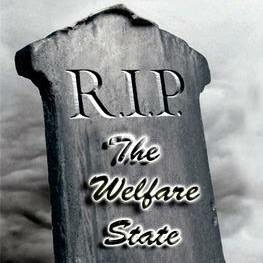 Under the current government, food banks have seen a dramatic increase alongside homelessness and more unstable working conditions with the proliferation of zero hours contract jobs. The NHS, an emblematic symbol of everything that’s good about our society, is being steadily privatised and dismantled, whilst Education and libraries alongside our Fire Service, the Police and the Public Sector are being underfunded, with redundancies and reductions on the increase. Cuts to benefits puts young people and vulnerable people at more risk of entering into a downhill spiral of crime, drugs and/or suicidal despair whilst the elderly and disabled are pushed towards increasing alienation and institutionalisation in a digital age where simple heating bills and food costs can’t be met. 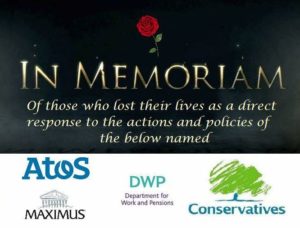 What this government is failing to recognise is that our most precious resource of all is people. Each snowflake is unique; now imagine that idiosyncratic complexity multiplied a thousand times over and more. This is what human beings are. Yet currently, the elderly are shoved to the sidelines or thrown on the scrap heap when they’re deemed no longer fit for purpose in terms of the work place. Mental health issues suffered by young people has increased by 70% in the past 25 years whilst the number of children turning up at A&E with psychiatric conditions, and hospital admissions due to eating disorders, have doubled in the past three years alone. Alongside this, the general public are given the reductive and demeaning label of being consumers; like infestations of infernal fat caterpillars chomping their way blindly through the Earth’s resources or like units of economic value to be shifted around by the manipulators of our financial institutions to serve the interests of the tiny few. The distancing and depersonalisation that this kind of language perpetuates is not only an insult to us all, it is dangerous as it puts we, ‘the consumer’, into a passive role, subject to forces outside of our control rather than encouraging a more responsible, active participation in what we eat and what we buy. Ultimately, it is self-responsibility and people who are no longer fooled by the myth that we live in a democracy, who are going to topple the despotic tendencies of this current government. 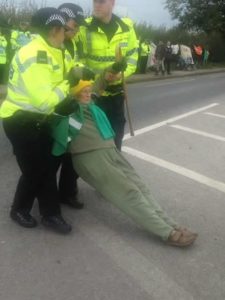 Does this government care about its people? Clearly not, as the terrible tragedy of Grenfell Tower demonstrates. Is this government interested in keeping our communities safe? Not at all, or it would not allow industries like Fracking to gain any foothold here when other countries have banned it. Is this government an upholder of Justice in support of the common weal? Obviously not, or it would not allow huge corporations to evade paying taxes when the rest of us are subject to increasingly stringent taxation laws, money which is then used to fund things like Trident and the illegal arms trade. In July 2017, 126 countries met to begin working together towards a global ban of nuclear weapons. The UK, France and the USA refused to participate in these discussions. This clearly demonstrates that Britain, America and our Gaelic cousins across the Channel do not want to create a safer world for the young people of today and the children of tomorrow. They are only interested in business as usual, so it seems. 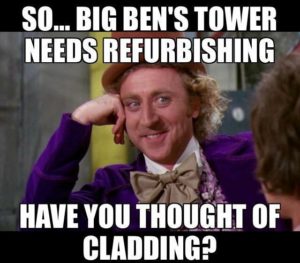 In the face of a seriously defective government suffering from what can only be described as severe misalignment with the spirit of the times, or worse criminal insanity, it is not only essential but our moral duty to withdraw our consent to be governed by such a dangerous alliance. We do that by taking to the streets, by learning to be active, vocal participants in creating – and becoming – the kind of change we want to see in the world. So let’s not get drawn into fear-filled conspiracy stories no matter how valid they might be. Let’s get angry, let’s get creative, let’s embrace this opportunity to change with everything we have, in order to manifest the kind of world we want to see and to leave a legacy for younger generations that we can be proud of! In the words of Marian Wright Edelman, “You really can change the world if you care enough.”